How to fix QGIS being extremely slow?

I am developing plugins and for some reason my QGIS keeps getting slower and slower. At first when I clicked on QGIS it opened right away, now it takes at least 2 minutes just to open and it also can take up to one minute just to close. Going into Manage and install plugins now times out because it takes forever to open. The way I'm pushing my changes is with this:

Which is located in C:\OSGeo4W64. I then just type in pb_tool deploy in the directory of the plugin.

Looking for a way to fix my QGIS being so slow. My codes use a couple of files and they are quite large so I can't really post everything here, but I'm mostly using processing algorithms from qgis and grass and I use "memory:" and "TEMPORARY_OUTPUT" for QGIS and GRASS algorithms respectively.

Just tried the Plugin Load Times and it doesn't seem to be because of my plugins: 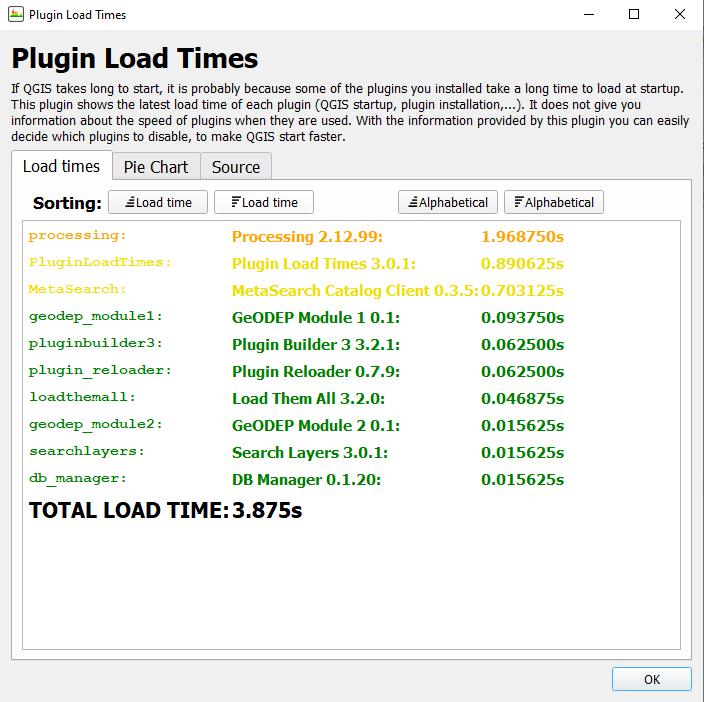 Also here's the QGIS consumption when I just opened it and I have yet to even open a new project:

The problem seems to be coming from my QGIS3.ini. When I create a new user it's size is only 13KB while the default one is 547,018KB. The new profile's QGIS3.ini looks like this: 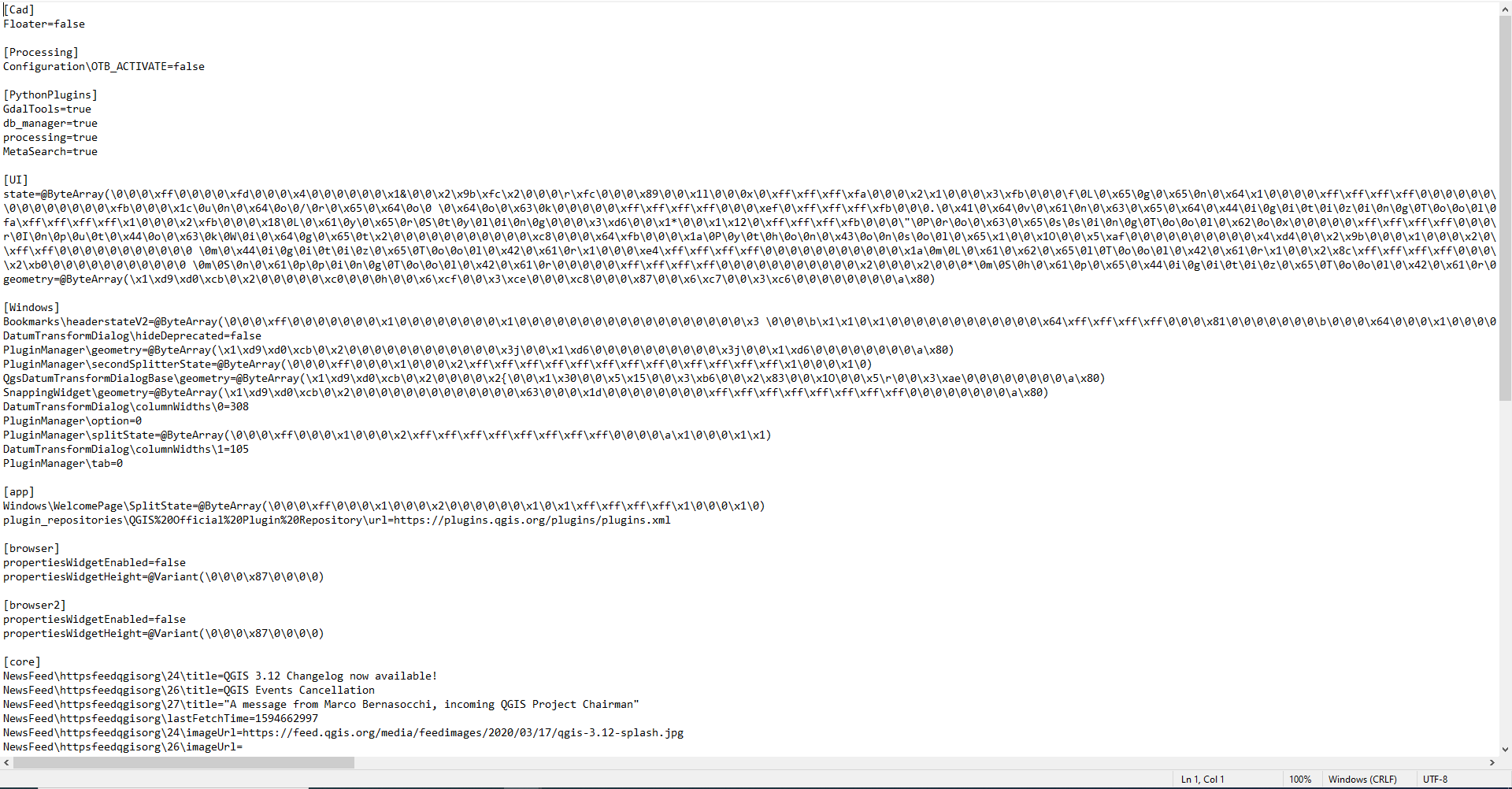 But the older one is actually insane it looks like this: 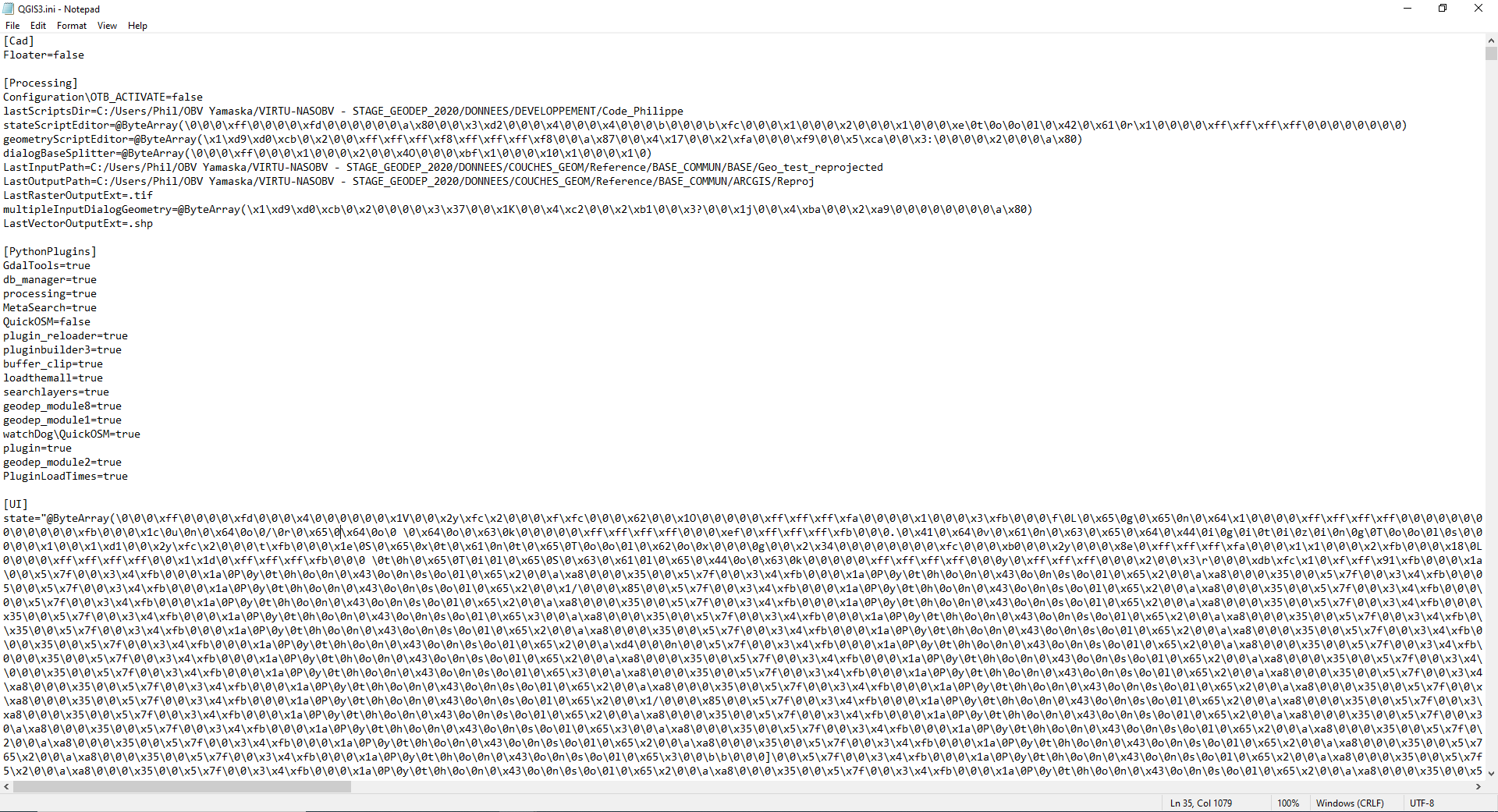 The [UI] part contains hundreds of millions of characters by itself and I don't know why.

However I found a simple solution to fix it without having to delete anything or create a new profile. You simply need to open QGIS, go in Settings > Options... > System. Then under "Settings" you'll see this: 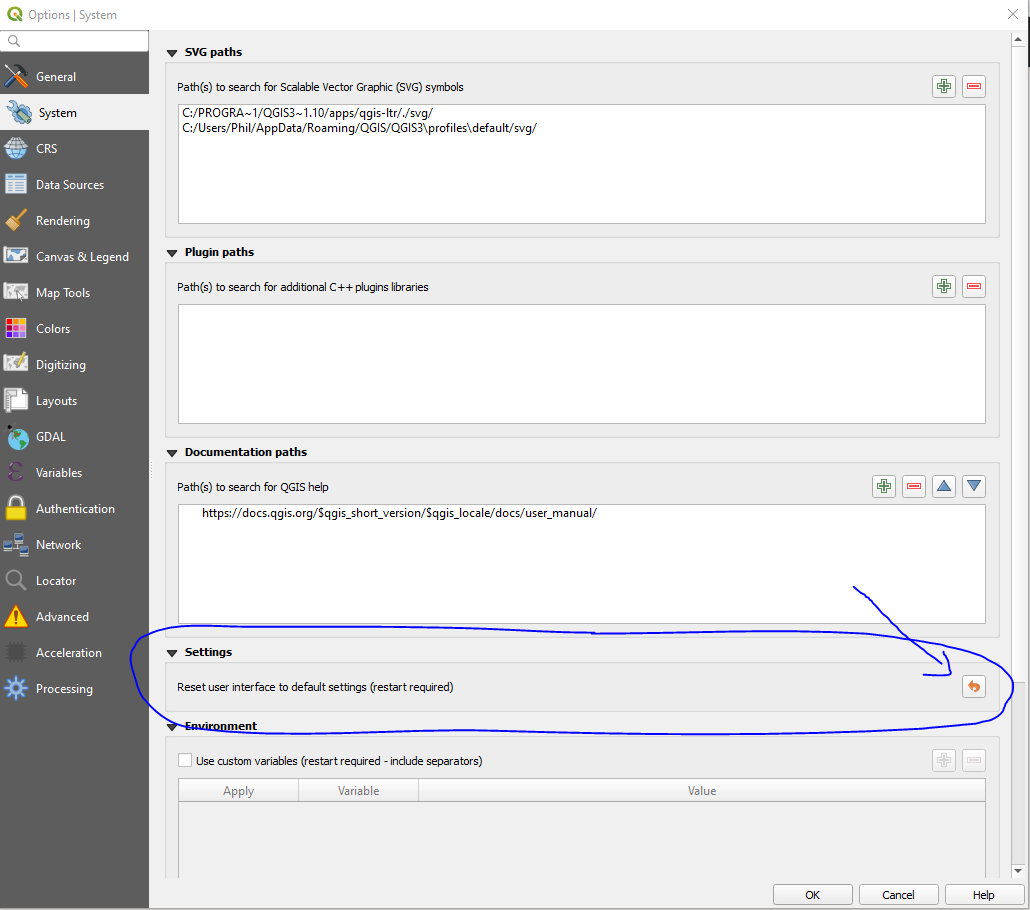 I tried it and this not only reset my QGIS3.ini from 547k KB to 59KB, but it also kept all of the plugins I'd installed. Now it opens super fast again and everything works as it should.

Alternatively, creating a new profile does work if you're scared that doing the reset will affect some changes you've made, but as for myself the reset accomplished everything I needed it to do.

More a guide than a definitive answer. It's a structured compilation of comments from the post.

Try to find out why it's slow by using

This answer can also help troubleshooting in particular if network issues https://gis.stackexchange.com/a/402625/638 or plugins issues (by looking at "Log Messages Panel")

Not the answer you're looking for? Browse other questions tagged qgis pyqgis qgis-3 qgis-plugins or ask your own question.

12
Slow loading of QGIS Project
4
QGIS taking too long to load/launch on Windows 10
4
What can be a reason of QGIS slow work?
1
Very slow QGIS at own environment level