Problem with photo displaying in QGIS 3.10

I would like to know how to display a photo in a image viewer with a featured action. I create a layer with 3 fields: id, leyenda and filepath. Filepath is the field where I put my photo.. 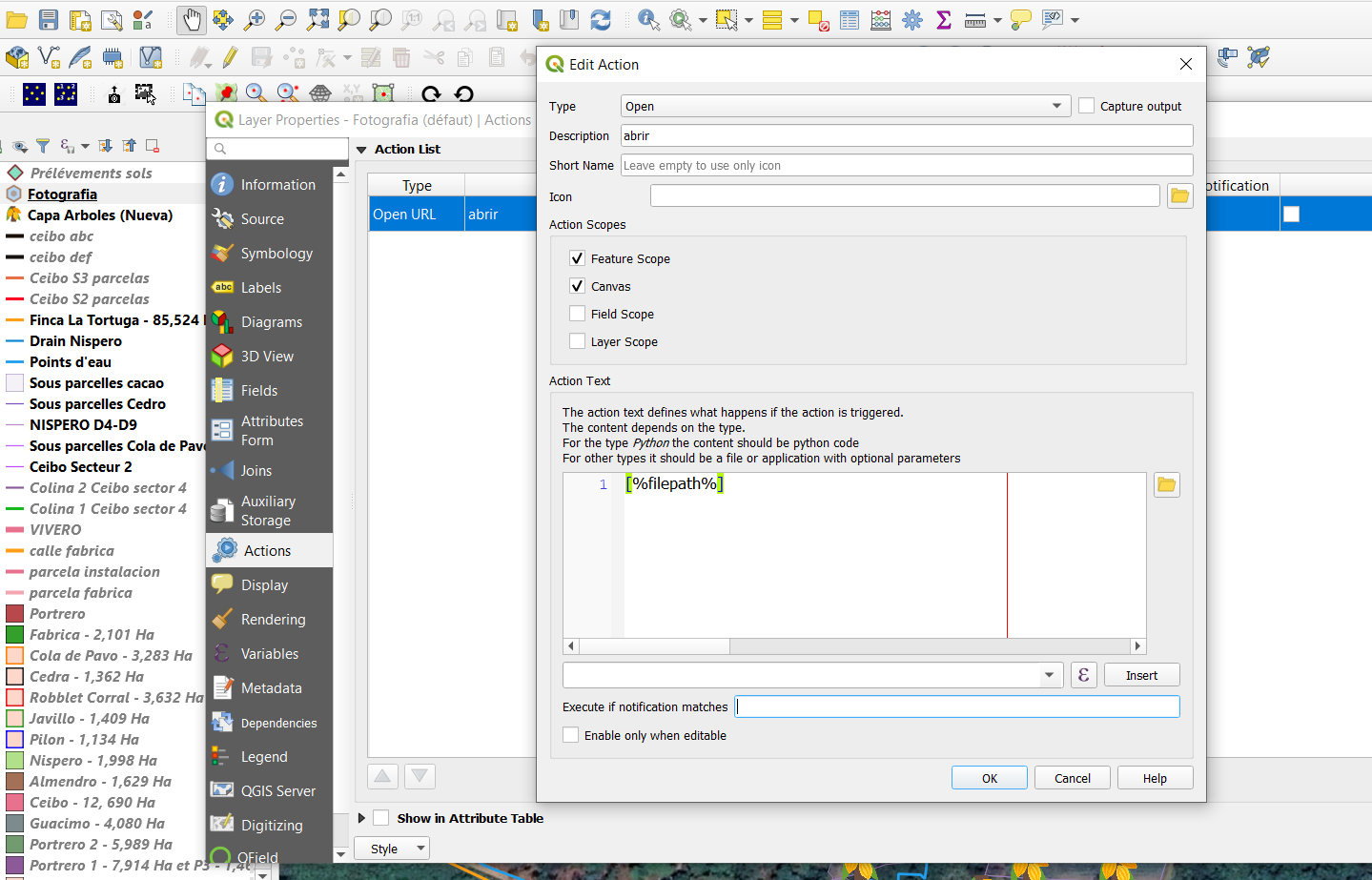 But when I use the action (the cursor change) nothing happened.

Do you know why and how to solve the problem ? 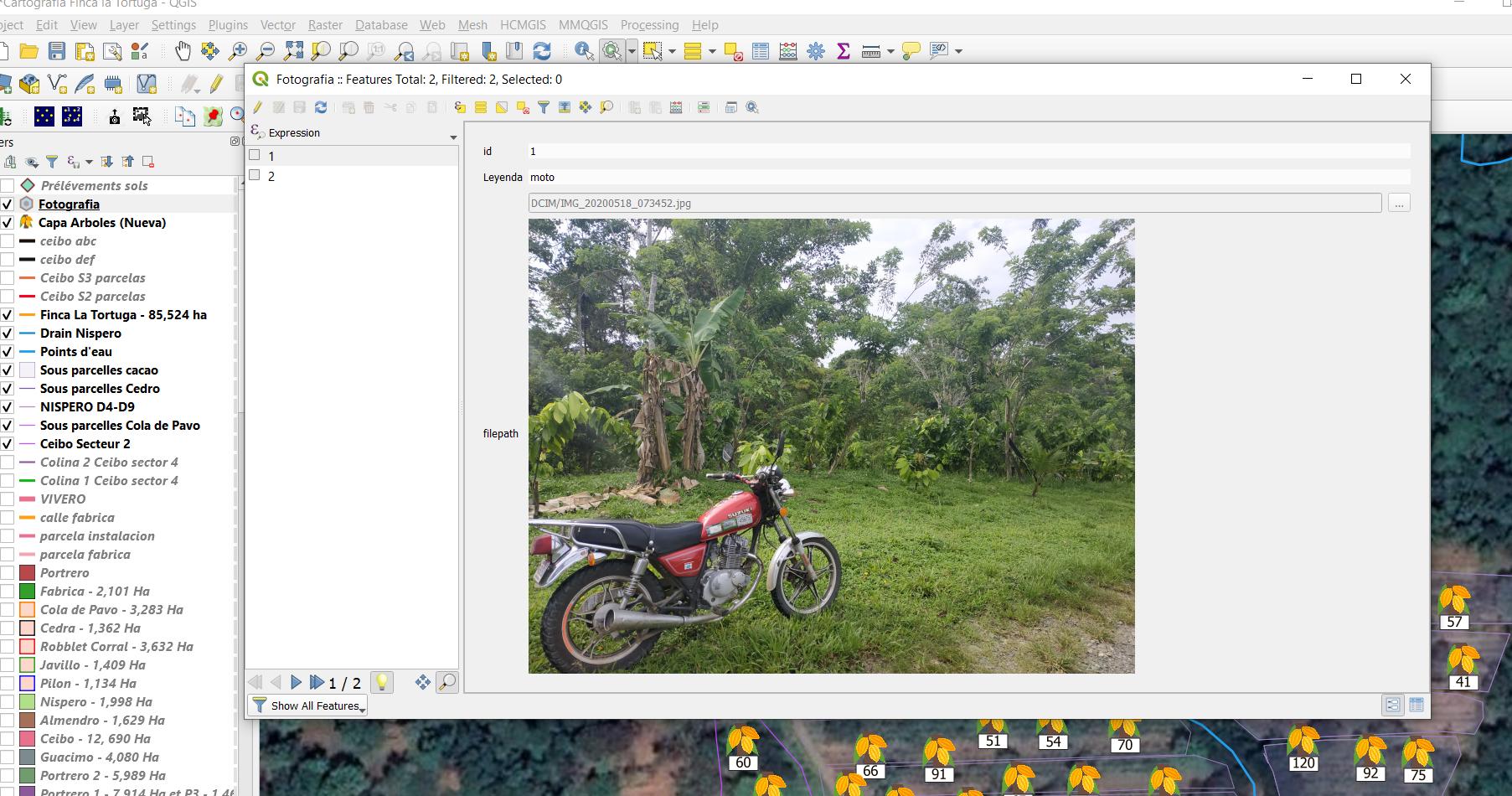 After some playing around, here are 2 issues that might be getting in the way.

What's unfortunate is that if the OS doesn't know what to do with the (incomplete or unassociated) filename in the action, no error message is generated, just nothing happens. So to debug such problems, I suggest the following.

A. Copy the contents of "filepath" (or whatever) for one feature.

B. Open a terminal window (via the Browser or otherwise) in a random directory.

C. Try to execute as a command that one filename, by typing " then Ctrl-V to paste what you just copied then another ".

If it's all good, it should open the file, both this way as well as in your desired QGIS action. If it's not working, you'll hopefully get a meaningful error message this way why it's failing.

Not the answer you're looking for? Browse other questions tagged qgis-3 photos or ask your own question.

2
QGIS Identify tool Browse button not working
3
Viewing photo attachments in ArcGIS Pro
0
QGIS hyperlink to server location- working in 3.0 but not 2.18.20?
1
How to display a thumbnail of a geotagged photo in QGIS?
11
Display photo stored as blob in GPKG
5
Setting QField for 1:n photos
3
Displaying multiple images from same point in QGIS