I would like to create a circular buffer with a radius of 2 decimal degrees around various points. However, after using the buffer tool under geoprocessing, I noticed that the buffers were perfectly circular when they should be various ellipses depending on the location of their respective points. An answer to a similar question shows the buffers created as ellipses. So, I am confused as to why my buffers are circular? I tried changing the method from Planar to geodesic, but the result still seems the same. The points were inputted as GCS_WGS_1984. 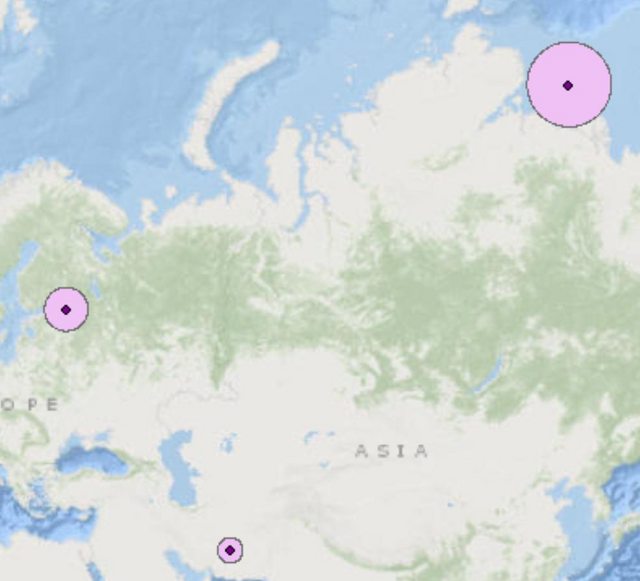 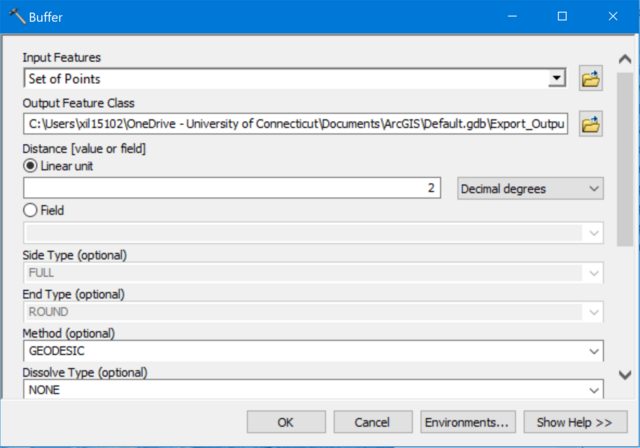 Your buffers are circular because the data frame appears to be is in GCS_WGS_1984, a coordinate system in which units are in degrees, and where degrees are represented as equally spaced over the x and y scale. Therefore, with the buffer also in degrees, they show as circles with a 2 degree radius.

If you create buffers using a linear unit (km, miles, nautical miles, etc) instead of degrees, while your map is projected as is, you should see ovals instead of circles. Changing the method from planar to geodesic would be more evident if you were putting a buffer around a polygon instead of a single point. You can read more about what that setting does in the documentation.

3
Create a buffer in decimal degrees