What's the convention for "upside down" labels?

I have line features that are to be used for labels. These lines are correctly oriented(rotated) and positioned such that text placed on them should give a good cartographic output.

Compare the below two images and their labels. In particular the word "Waverton" and its orientation in relation to "Avenue". 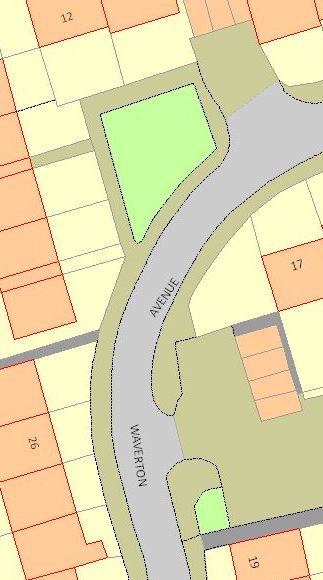 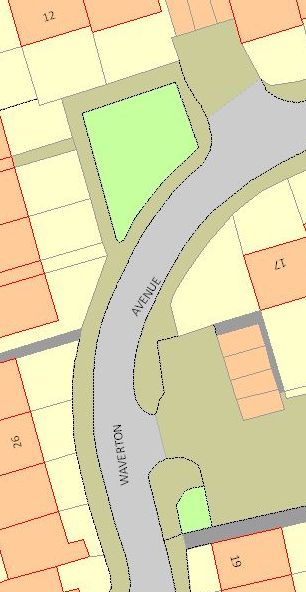 The left is what all labelling engines seem to produce by default. The right is what it "should" look like according to the Ordnance Survey.

So my main question is - Which one is correct and why? What is the cartographic convention here?

I ask this because out of the 5 labelling engines split between: QGIS (has two), MapInfo and ArcGIS (has two), only Maplex has the option to allow the user to insist the label follow the orientation of the line. The others all assume that upside down text is undesirable and automatically "correct" it.

I would say that upside down text is definitely undesirable, particulary from the map user perspective. Its simply more natural to read from left to right even if the angle of the label is steep. (so my vote goes to the left picture ;) )

In this particular case however... since you have a long label... i would say, that its important to take into account the label startpoint not its centroid, regardless if the label then consequentily turns upside down at some point (if you apply the left-to-right rule), because map users don't start reading the text in the middle of a label but on the beginning.

Bottomline: I think the most important aspect is the maps end user experience, what feels more natural to read.

I agree that upside-down text is undesirable, and that the map's end user experience is paramount, but that doesn't necessarily mean that what feels most natural to read is always best.

In your example, the lefthand image could actually be misleading. Reading 'Waverton' leads the viewer's eye towards the bottom of the page, and does not necessarily make the association with the word 'Avenue'. That could be problematic in a road map if you are trying to locate a specific street.

The issue of the plot numbers is also interesting. With their orientation in the righthand image they convey not only the number, but also their frontage/street association - useful to know if you are trying to access a specific site.

Labels need to be readable, but also present their information accurately. For street names I think the whole name needs to be oriented the same way.

There is no guaranteed correct because the symbolization and label placements depends on what is to be shown and to which audience (familiar patterns). So one needs to clarify the aims of the map before assessing the quality of its appearance.
For automated labeling I would recommend to give a penalty for each violation of a desired rule and choose the labeling variant with the least total penalty.

Street labeling
If we assume a single feature “Waverton Avenue” is to be displayed then the left visualization is misleading. A reader would need to start in the middle of the label twice to find out about the label fragment before thinking about the order in which to arrange them. This is not really problematic in the map fragment but could very well be confusing on maps with lots of features – especially if dense labeling is required.

If we assume instead that there are two features, “Waverton” and “Avenue”, the left image is better because the unreadability of the label as a whole backs the separation.

In case it is possible, when close features should not be shown as several things, all labels should be rotated so that they are not upside down. Simply because it is easier to read non-rotated text as this is what people are familiar with.

Further you probably want each label in the middle of the street it belongs to because the empty space around the label makes it easier to find the label. Slightly bending the labels can also improve readability because labels on a single curve tend to be seen as one thing. Moving them closer together allows for easier merging of them into a single feature's description when reading.
Yet another thing to consider would be using abbreviations because spelling “Waverton Ave.” makes it unambiguous that a single feature is presented.

House numbers
Probably in the right image all house numbers are rotated so that their baseline is in parallel and closest to the building edge that points to the street. This schema makes it clearer which is the associated street but at the cost of readability. I would argue that the association is important enough to make up for slowing down the recognition of the numbers a wee bit. A small mark should be added to the numbers, too, so that a 6 can be distinguished from a 9 when rotated.

Not the answer you're looking for? Browse other questions tagged labeling cartography or ask your own question.

1
Using a field to define label font size in MapInfo?
2
Why is Maplex making all my labels disappear?
0
2 labels, 1 query - 1 a symbol and the other text: How?
1
Offset a label inside a polygon with mapbox-gl style?
2
QGIS Labels Rotation
2
Formatting Multi-Field Labels in ArcMap
3
QGIS rule-based labelling base on active map layers