Merge DEM and Hillshade to create one file?

I am wondering if I could merge DEM and Hillshade? What are the pros and cons for that?

If you have access to ArcGIS (and the Spatial Analyst Extension) you can use the technique described in this blog to "blend" DEM (or imagery) with shaded relief. The main disadvantage of this solution is that it is static; you need to produce an RGB raster from your DEM so if you need to change the original symbology in any way you have to do it on the original DEM raster then re-do the RGB raster and repeat all the steps. Luckily 95% of my current work is in the same geographical area so I just built various models and schemas that suit the various scales I often use and simply copy and paste them in the map as needed. As for using this approach with imagery; one unexpected advantage beyond just the wow factor is that field crews and environmental scientists like that use these "imagery-hill-shade blend" maps to get a sense of the terrain characteristics as well as the aerial perspective in one glance.

As a side note; It does require a certain amount of tinkering around with the functions to get the look of the resulting layer just right.

Below is an example and the input rasters. The last image is an example of imagery "blended" with DEM. No transparency was applied, the below examples are a result of the above mentioned functions as described in the linked ArcGIS Resource Centre blog by rajnagi. 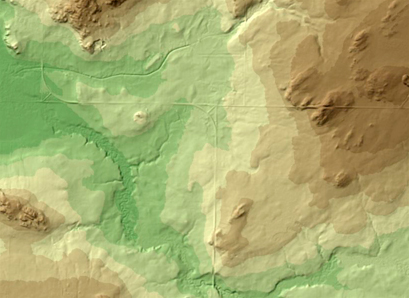 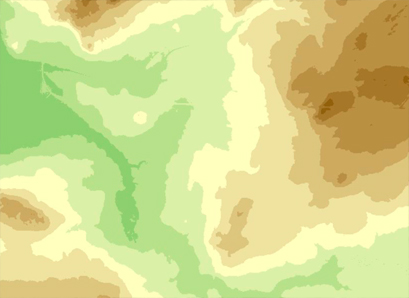 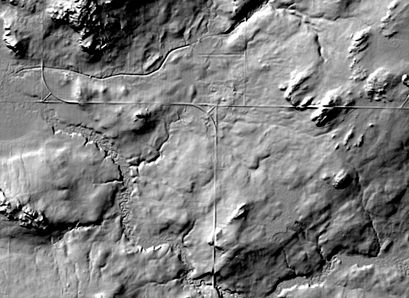 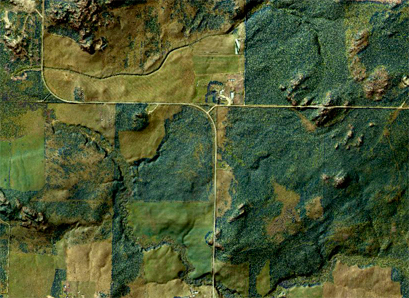 You could 'merge' dem and hillshade. You could add 1 (grayscale or colormap) or 3 (rgb) bands to the dem. I don't see any benefit to doing so, and it would probably cause confusion given 2 band images are rare and 4 band images will likely at some point be misinterpreted as and RGBA image. Personally, I wouldn't do it.

In ArcGIS you can apply a hillshade effect to a DEM - it's a check box on the Symbology tab under Properties. 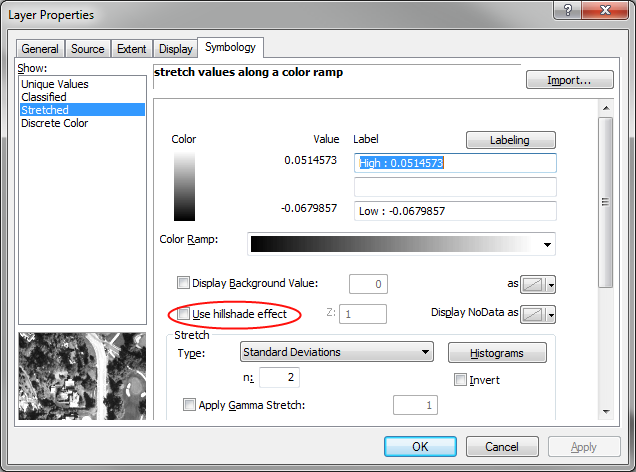 This will allow you to keep the values in the DEM, but still allow for the visual effect of the hillshade.

Not the answer you're looking for? Browse other questions tagged dem image hillshade or ask your own question.

7
Can shaded relief be "blended" with DEM colour ramp in ArcGIS to produce a more visually dramatic result?

3
ArcGIS hillshade create contour artifact
0
Seeking DEM data to make hillshade and contours?
1
Does the location of a DEM affect hillshade outputs?
0
Should I use my DEM or ortho file to create my Hillshade layer?
7
Merging hillshade / DEM data into color relief single geotiff with QGIS and GDAL
1
DEM produces pixelated hillshade when CRS changed to WGS 84 / UTM