I am building a flood model (Infoworks ICM), using OS MasterMap Topography data supplied in shapefile format to define land use such as roads, buildings, fields etc across the river's catchment. The model uses a triangular flexible mesh, the vertices of which are partially influenced by the vertices of the various layers used in the model build process. Many of the "road" polygons within the OS MasterMap data contain a significant number of vertices around bends for example. Buildings often contain minor details such as porches or steps. These details mean that very small triangles are generated due to the high concentration of vertices within a small area of the OS MasterMap data. Smaller triangles often lead to significantly longer computational times or model instability/innaccuracy. For the purposes of the study, the buildings could be simplified heavily to rectangles or similar to remove the minor details.

I've tried the built in simplify tools in QGIS to reduce the vertex count within the OS MasterMap data, but with mixed success. Whilst I am able to alter the simplification method and tolerance to reduce the number of vertices, the polygons within the output often overlap each other which would in turn produce further small triangles within the model mesh amongst other issues.

Is there a way to simplify the OS MasterMap data by removing unnecessary vertices around curves, trimming minor details from buildings etc, but keeping the essence of the original data in tact and resulting in no overlaps or gaps? Ideally using QGIS 3.x only, but I have access to MapInfo 10.5, ArcMap 10.4 and Global Mapper 18 if necessary.

I've attached a few images showing how a the bend of a road has been simplified to reduce the number of vertices from the red points to green, however the algorithm seems to retain different vertices within each polygon, causing the overlaps/gaps.

Image 2: After simplification - vertices shown as green points with overlaps/gaps shown due to mismatched retained vertices 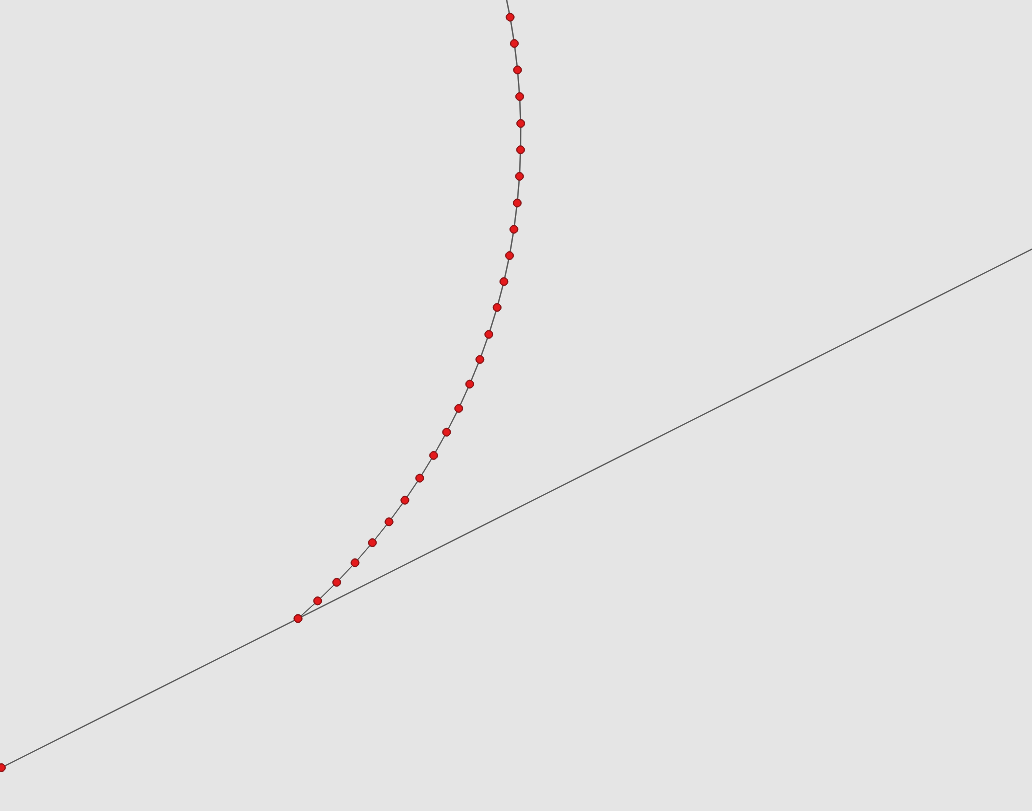 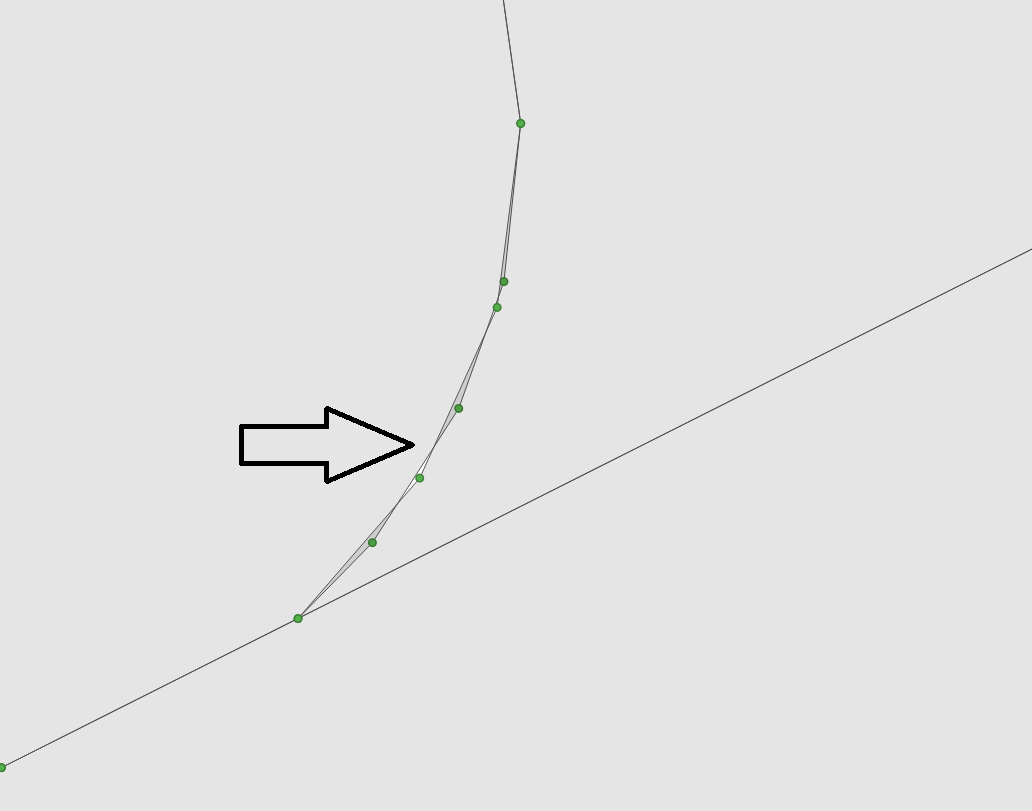 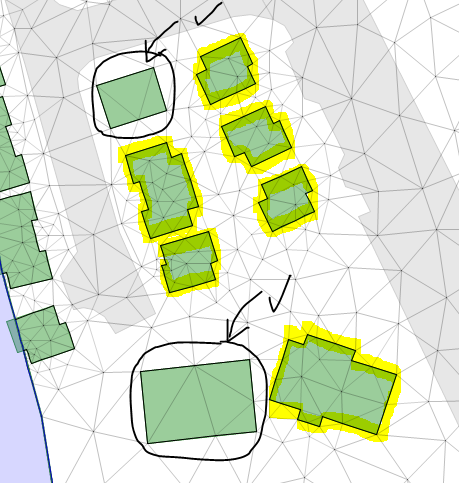 Unless you want to go the complicated route of building a full planar topology in e.g. something like PostGIS, and then generalizing this topology rather than the original data to avoid producting these type of inconsistencies and overlaps between neighbouring polygons, I think using something like ArcGIS's Integrate tool is your most realistic option to solve at least part of these issues, which may be enough depending on your requirements.

Not the answer you're looking for? Browse other questions tagged shapefile simplify os-mastermap or ask your own question.

3
Obtaining OS MasterMap time series data
6
Getting OS Mastermap data into QGIS?
0
How to simplify shapefiles without losing attributes?
2
Why are my polygons automatically simplified/generalised when merging them in ArcMap 10.2?
2
PostGIS: How to dissolve vector data
9
Cleaning large Shapefile using v.clean in order to dissolve features?