In python I have a shapely polygon (which defines the coastline of the UK), given a point within the UK I would like to find the closest point on the polygon (coastline) to that point. I have been trying to modify the code posted here, but the resulting nearest point I get is incorrect. What should I change?

This will definitely work:

Now they seem much closer, don't they?

Then fix your nearest point coords: 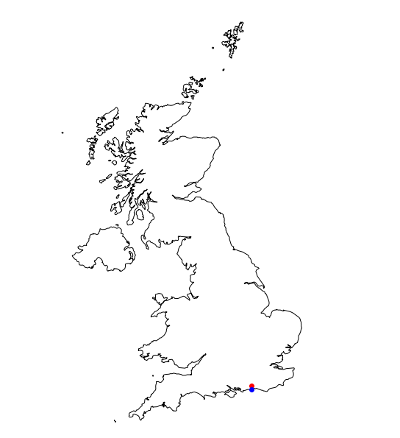 Notice that even the shape of the country improved.

Not the answer you're looking for? Browse other questions tagged python distance geopandas shapely or ask your own question.

20
Algorithm to find nearest point
6
How to find the distance to the nearest coastline from a land-based latitude/longitude point?
0
Python geopandas dataframe of polygons -- determine nearest neighbor polygon?
1
Extract polygon name dataframe if the geo-point is inside polygon?
2
Find nearest polygon (from GeoSeries) to point (from GeoSeries)
2
Finding closest point to shapefile coastline Python
1
Find closest point to shapefile coastline in Python
2
Find vertices of LineStrings within Polygon - Shapely
1
I need to calculate shortest distance from an inputted point to the nearest lines. Nearest 4 lines