Has anyone created a Python version/model of this VBA script from ArcScripts which populates the to and from street names at street intersections? A logical workflow is outlined quite nicely in this ESRI thread, but it requires ArcInfo, and I would like to know if there is another way to do it.

Using Select By Location to select connected roads seems like it would work, and could even possibly replace the need to create points in the aforementioned workflow (looping over each street, writing to separate fields the streets it touches based on the output of the select by location, then extracting the two street names which are different). Does anyone have any other ideas?

I implemented the workflow above by creating a main model and a submodel.

The output of the spatial join and the streets feature class is used as the inputs for the submodel. 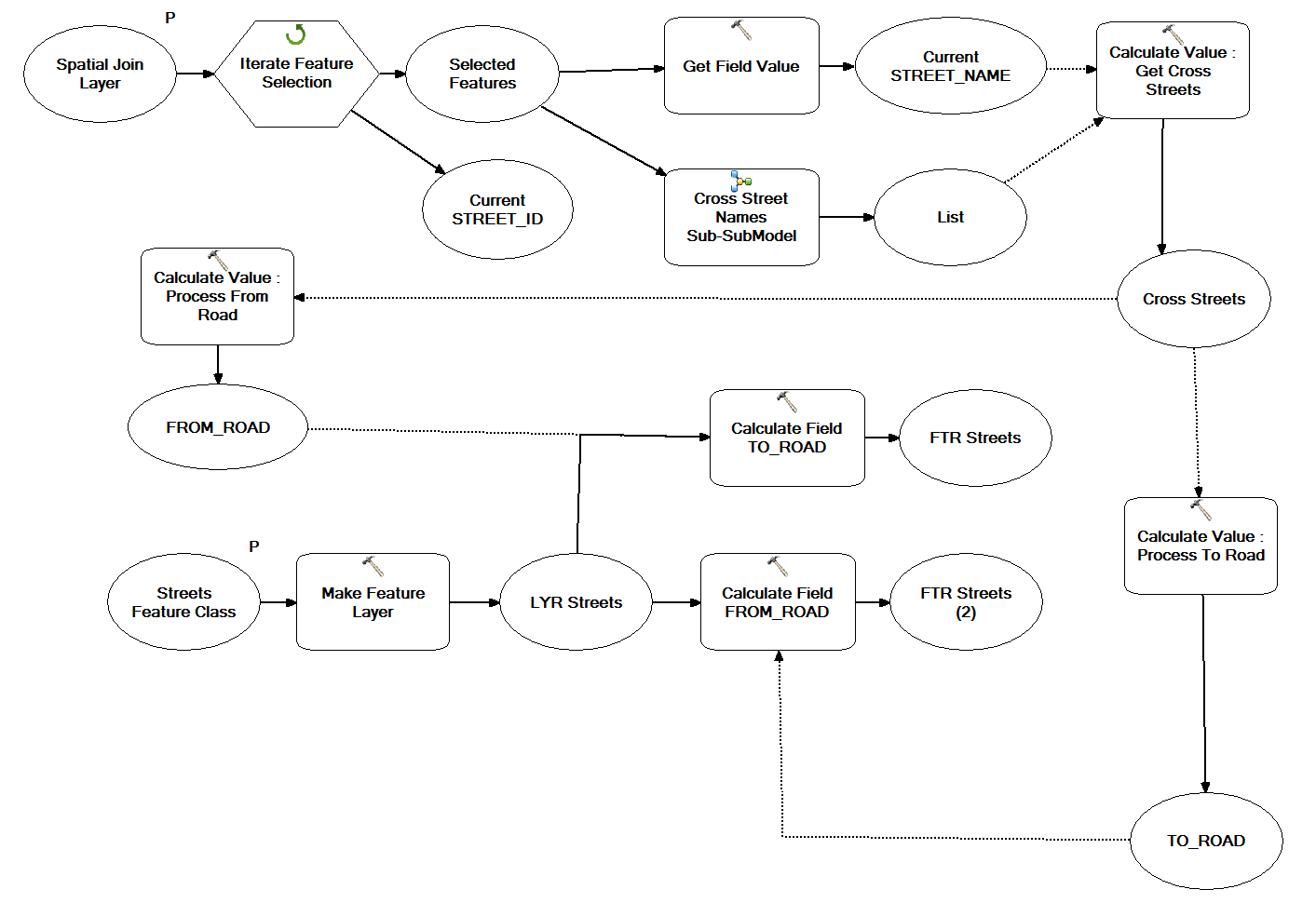 This solution is not optimised - I needed something quickly to solve my problem. All the processing for the touching streets in the submodel can be put into a single script, but I prefer doing the process visually in ModelBuilder so that I can see my workflow clearly before changing it to Python scripts.

Not the answer you're looking for? Browse other questions tagged arcgis-10.0 python modelbuilder workflow or ask your own question.

16
How to get X Y coordinates and cell value of each pixel in a raster using Python?
1
Iterate through each county in a shapefile, select the county and make a second selection by location - modelbuilder
0
Model builder to call python script
4
Selecting points on one side of the road
3
Populate cross street name at intersections
4
Feature selection of one vector layer based on another vector layer: Any advice for using PostGIS or Python with PostGIS together?
5
Python script into model