I'm trying to reproduce the steps needed to aim this goal: Given a layer of polygons, I'm want to retrieve for each polygon which is at a distance less than 50m to a 2nd polygonal layer the only 5m band in the polygon facing the items of the second layer.

Quite complicated explanations...I know....so, a drawing is a better way to explain myself. I want to build the red parts (the 5m band of the orange layer polygons facing the green ones, when they're at a distance less than 50m)....How would you do that with QGIS? 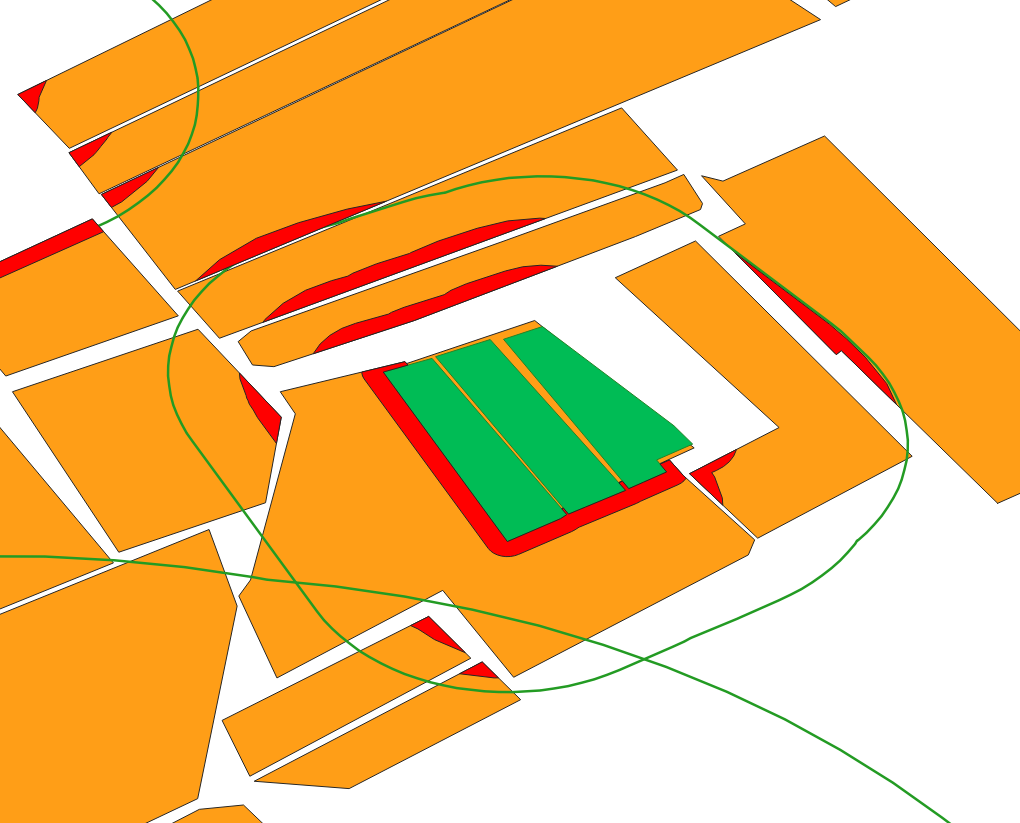 Browse other questions tagged qgis buffer intersection offset or ask your own question.