Layers are not visible after using a custom orthographic projection in QGIS 3.10

I was planning to make a global orthographic map, that would show country borders and oceans. Therefore,i followed this method which plots a map similar to my requirements. However, i modified the codes so that the map is centered on Asia:

Although the land areas were projected just fine, i was having problem with the ocean's layer, as you can see in these pictures: 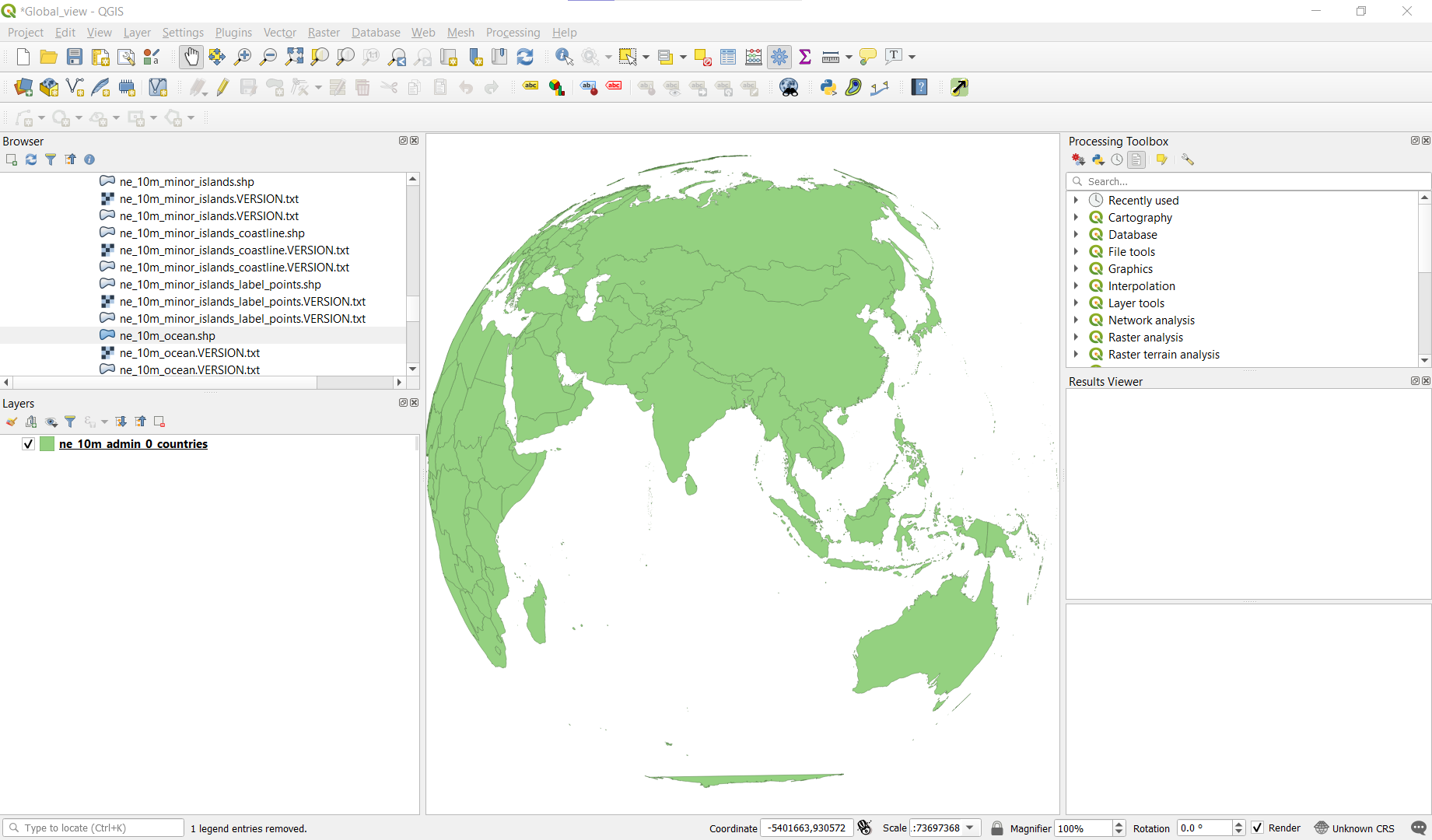 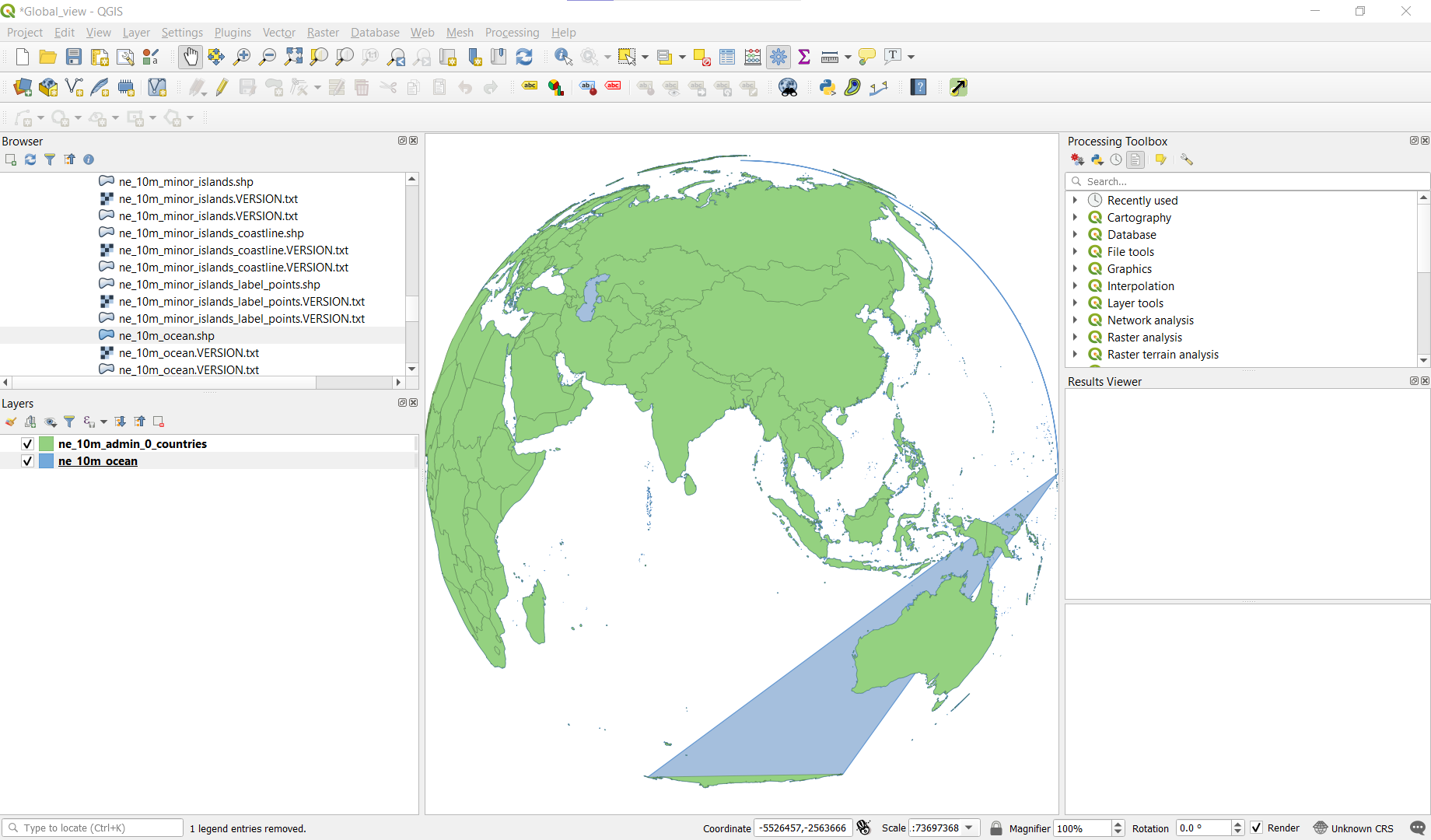 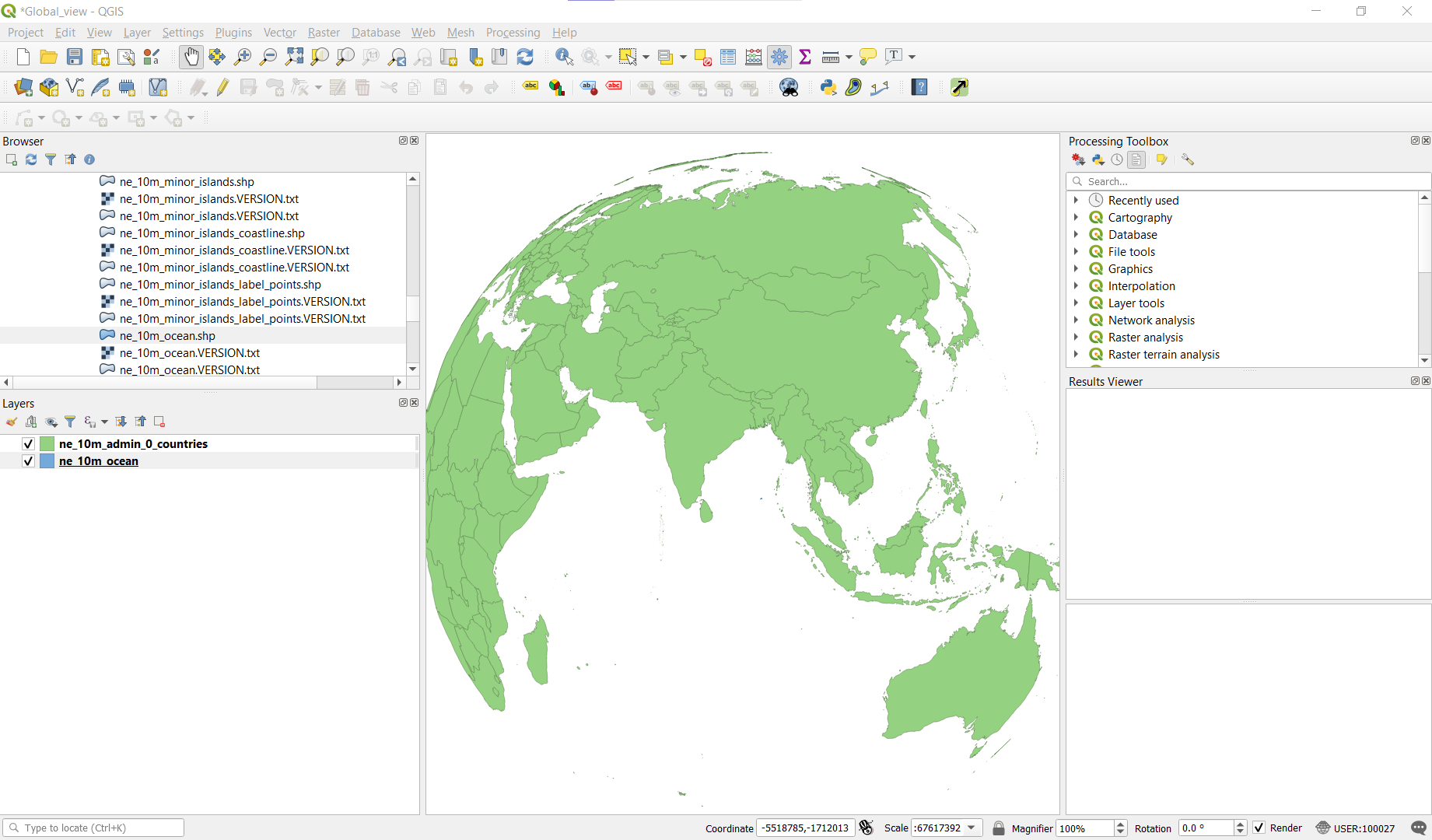 There has been a similar post regarding this problem, where it was suggested to use uncheck the simplify geometry options in the layer rendering, but that didn't work for me. I'd be really grateful if someone suggested me any way to properly project the ocean layer in the globe, like in this picture: 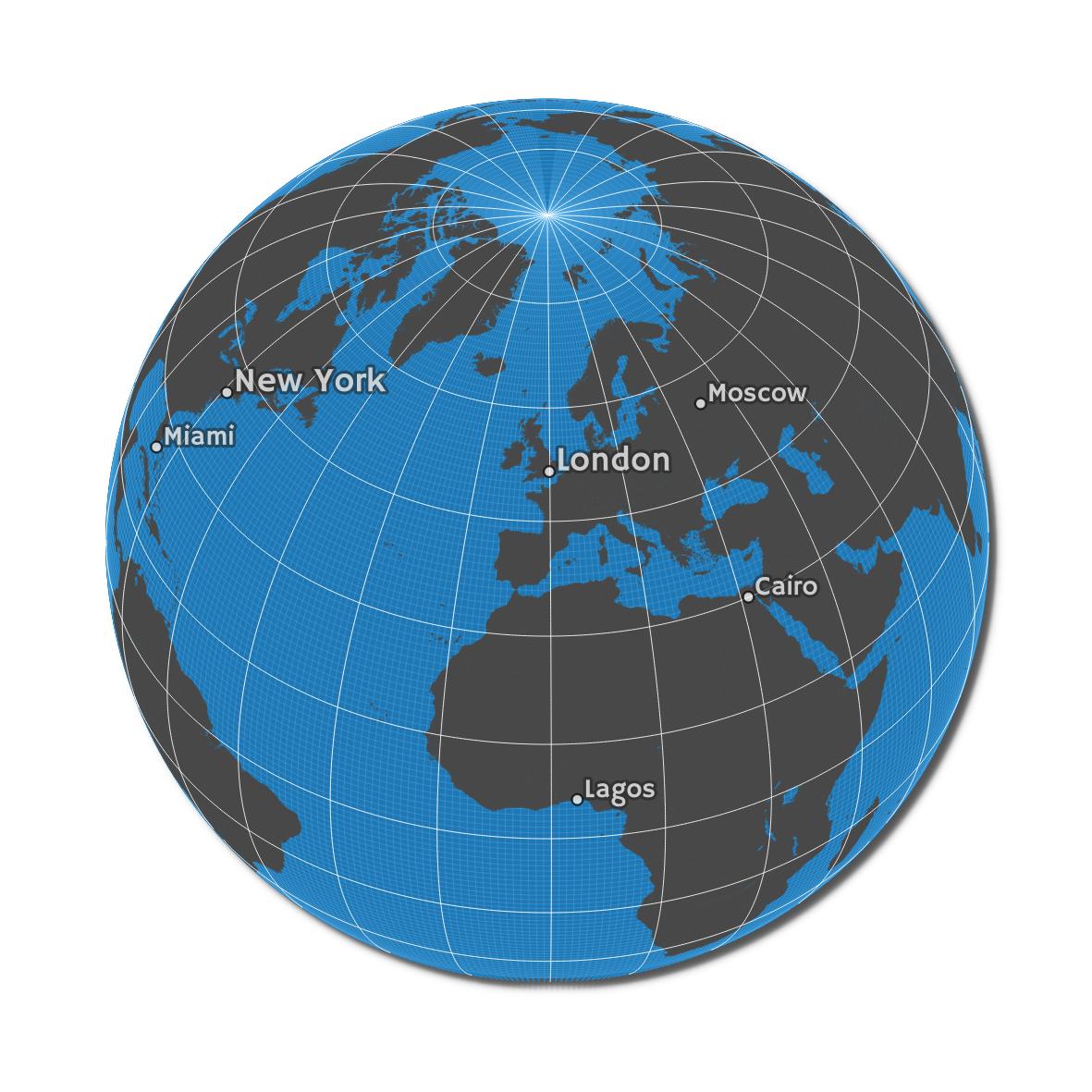 That's what happens when a layer passes the visible "half" of the globe the general recommendation is cutting the layer at the "edge" longitudes of your custom projection. You can follow the instructions shown here and here

Not the answer you're looking for? Browse other questions tagged qgis coordinate-system layers globe or ask your own question.

3
Problems with matching layers with different projections
3
Projecting shp from GK3 to UTM32 with BeTA2007
4
Why can't QGIS handle the Kavrayskiy7 projection although it is supported in proj4?
2
Matching projected tiles from carto with a another tile service
2
Fixing artifacts in rendered ocean polygons
4
Using azimuthal equidistant projection with buffers in QGIS?
1
Transforming map with “custom” CRS to WGS84?
4
Geopandas and QGIS Calulating Different Polygon Area Values?
1
Ortho Grid in QGIS straight and curved