Solving route in multimodal network dataset does not use all forms of transport available?

After having completed Exercise 2 in the official Esri Network Analyst Tutorial, I decided to find a route in the multimodal dataset, to see how it functions. After adding several network locations along an intentionally long route, I pressed Solve. I was quite surprised to find that the route chosen took walking along the streets as the only transportation mode available (despite railway stations and lines being included in the dataset). 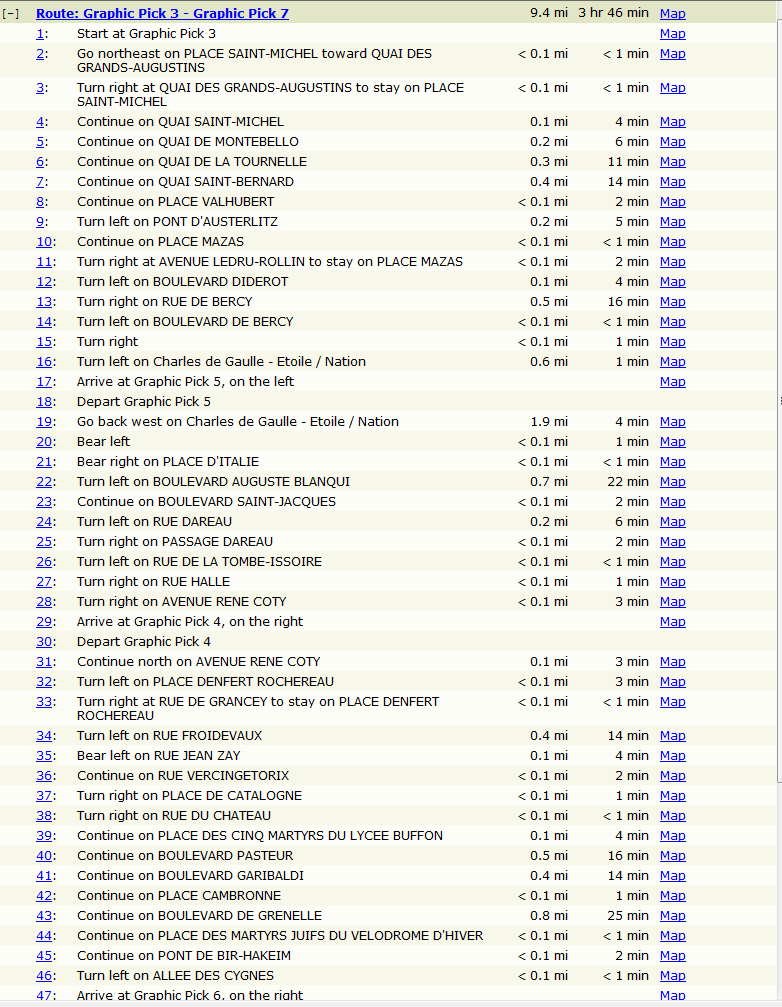 I looked at the Analysis Settings, but I am not familiar enough with Network Analyst to know if something needs to be changed in order to get the results I want.

How do I ensure that the route chosen uses all available forms of transport to find the shortest route? 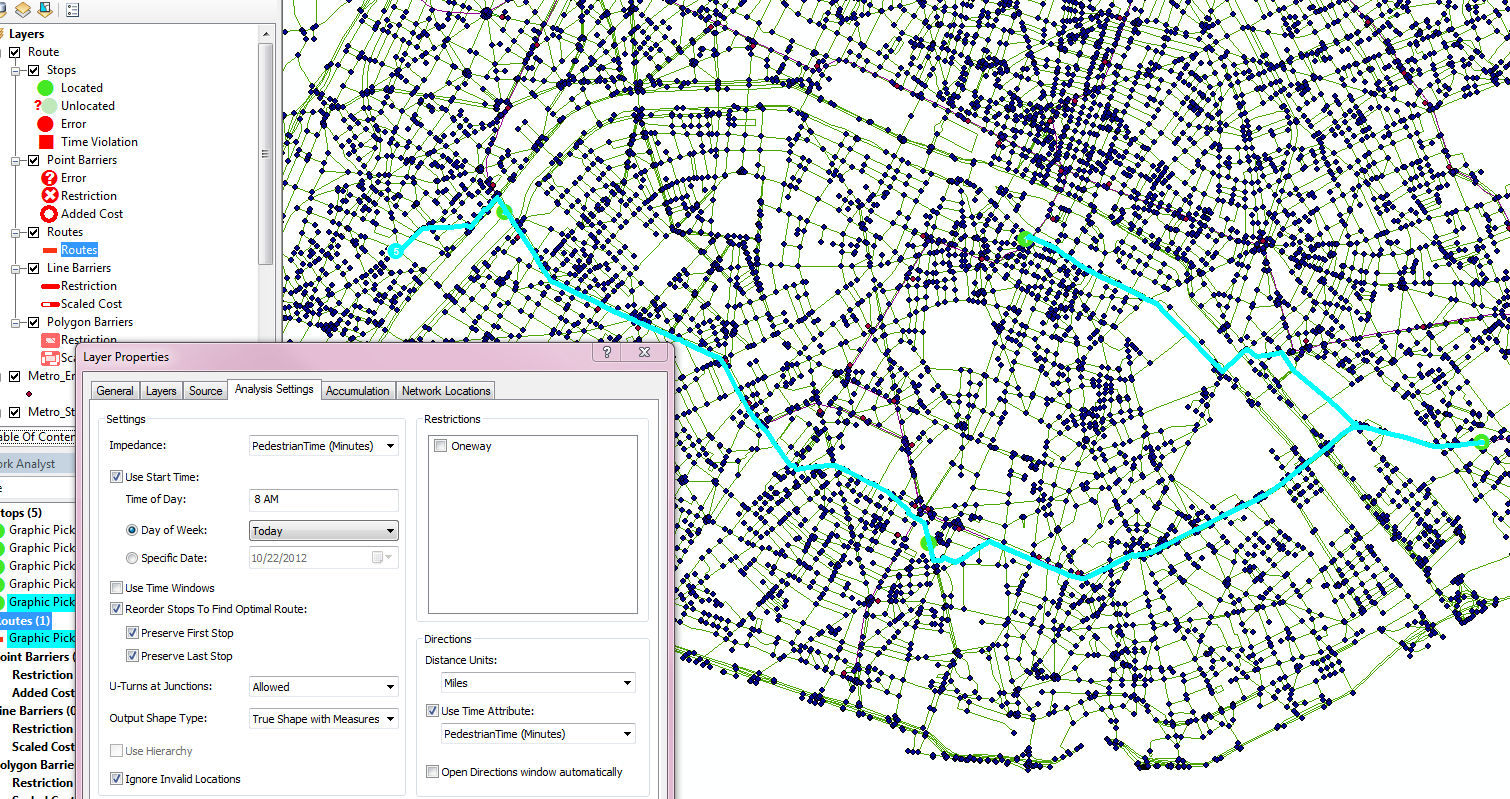 You are getting that result because you chose PedestrianTime for your Impedance. The solver only considered the streets because of that.

The PedestrianTime network attribute represents the time it takes a pedestrian to travel on the network.

If you wanted the best route, you should set the Impedance to TravelTime. This is explained in Exercise 3: Finding the best route using a network dataset 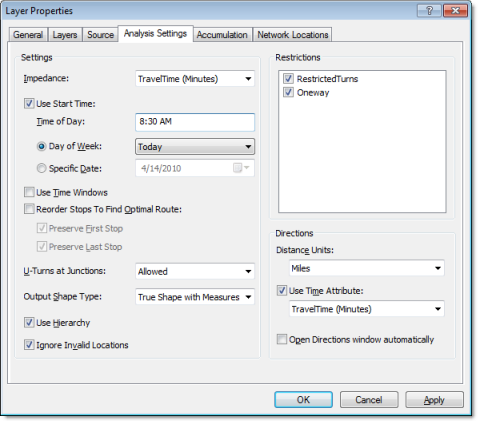 Not the answer you're looking for? Browse other questions tagged arcgis-desktop arcgis-10.0 network-analyst routing multimodal-network or ask your own question.