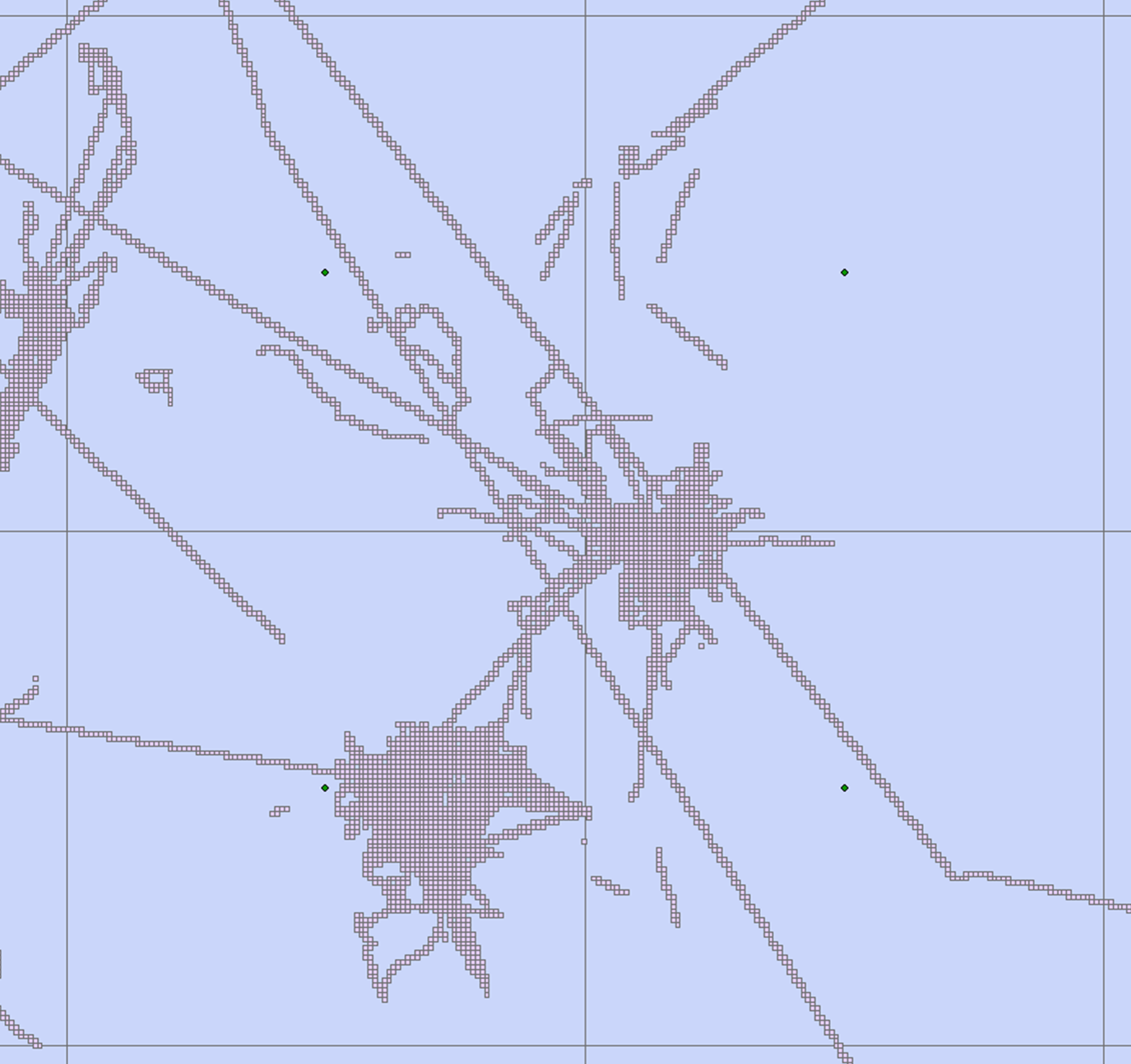 The data in the large blue grid is in the following columns structure:

There are 9 time chunks so for each blue grid square there are nine corresponding rows in the attribute table, each recording the location, date and mean rainfall, so for example in grid square G5 the structure is: 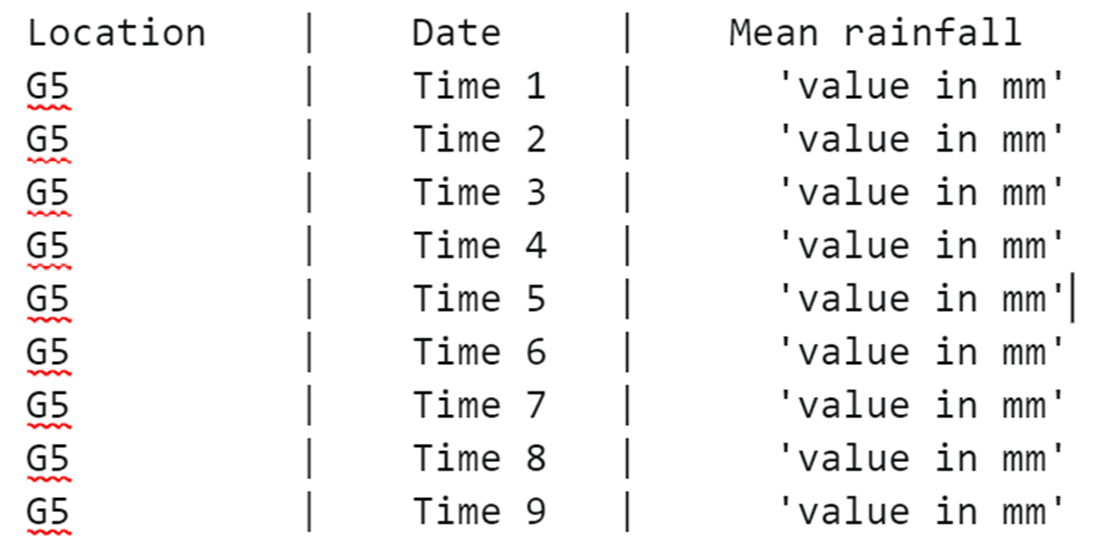 and so on for each grid cell in the table.

The pink squares are where I actually want the rainfall data. I've been trying different joins but it only takes one of the time values, whereas I need all 9 as the mean rainfall is dependent on the date.

How do I get it so that every pink square that overlays blue G5 contains all nine rows of information about G5, and do the same for each of the other blue squares with their overlaying pink squares too? So the end result should be this within the attribute table for the pink squares (where pink location = label for unique pink grids, no relationship to blue location names):

Then this is repeated for every pink square, rather than what has been happening which is only the mean rainfall for Time 1 being copied over to the pink square.

I would encourage you to reformat your data along the lines of what @BERA is suggesting in the comments. Have each of the time points be a separate column in the attribute table, rather than a new feature. This would be true for both the original blue squares, and then once you do a spatial join also for the pink squares. In the long run I think this be an easier format to work with.

Otherwise, it sounds like you're looking for the JOIN_ONE_TO_MANY parameter of Spatial Join.

Not the answer you're looking for? Browse other questions tagged arcmap polygon overlapping-features overlay or ask your own question.

7
Split polygon into several smaller polygons in QGIS
1
How to assign a grid of point data to corresponding grid of polygons
2
Selecting polygons which contain majority of area from intersected layer by polygons using QGIS?
2
Calculating polygon area within polygons in QGIS
0
Splitting up polygon with grid using QGIS
1
Extracting and summarize raster for a large polygon set