FME: Coordinates with a buffer - how to merge / dissolve points that overlap other buffers?

I'm trying to process some spatial query in FME. I have a dataset of cities with coordinate pairs and around these coordinates a buffer of 2 km. This results in multiple overlaps. I'd like to dissolve / merge overlapping buffers iteratively - the end result should be coordinate points that do not fall in other buffers.

A small sample of the dataset: 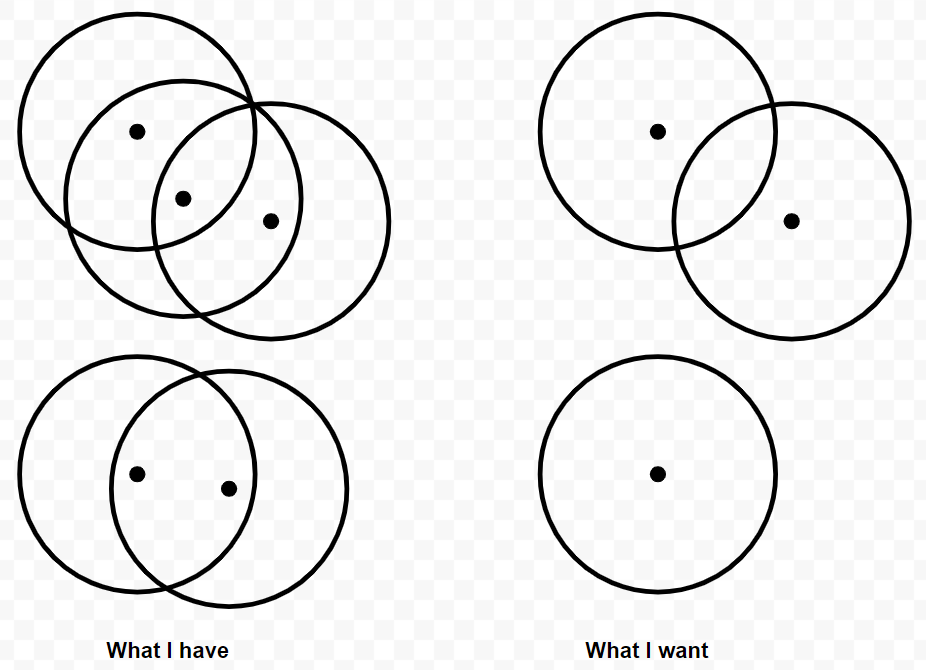 I think I understand your question now, and I have a potential solution.

I have created a simple workspace which buffers some points by 100m and then passes the points and buffers into a PointOnAreaOverlayer. Then, I test for how many overlaps there are. 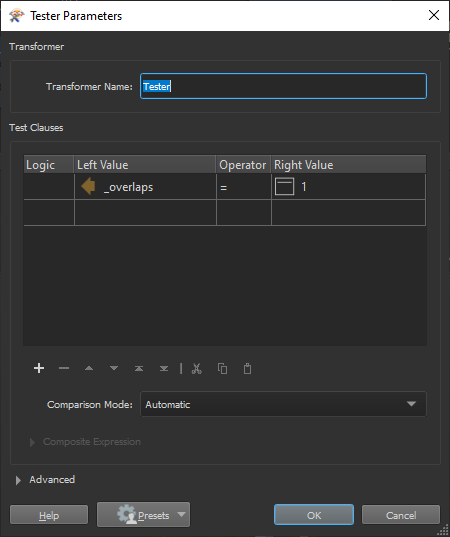 If I modify the buffer to 250m, the results are: 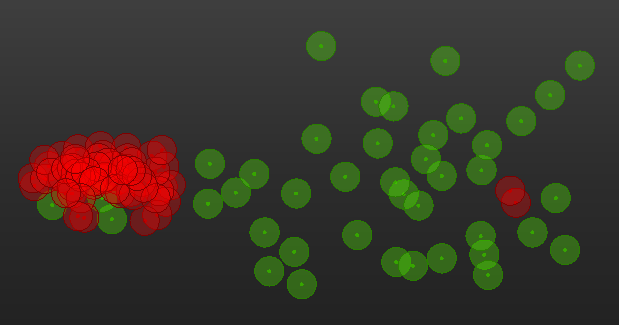 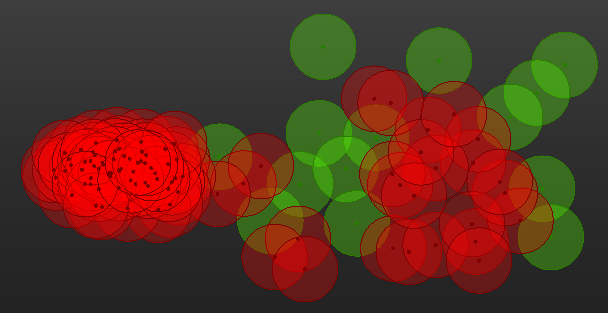 While this may not be the exact solution you're after, it may get you part of the way there.

So the big issue is what "algorithm" to use. I'm doing pretty much the same as @Fezter with an overlay and checking overlaps. I take anything with an overlaps=1 and keep it as a final result. I take one feature at random with the highest number of overlaps, and drop it from the translation.

It works, but the limitation is that because one Max Overlaps feature is dropped at random, you can't really guarantee the optimum result. I just couldn't figure out a way to specify that in an algorithm.

Anyway, I get this from your input: 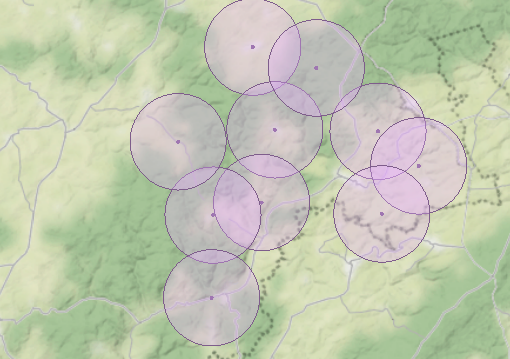 You can get my workspace here. However... be aware that I haven't properly made it into a loop. There are a few ways to do that, but all I did was duplicate the processing part multiple times until there was no input left.

It's not great, but it's just a proof of concept. It will need a bit of work to make it properly functional.

Not the answer you're looking for? Browse other questions tagged point buffer merge fme or ask your own question.