Adding meridians and parallels on world map in QGIS

I'm working on a world map in which I'm using as overlapped layers Bing Aerial, The natural Earth Vector (from natural earth data.com), and also a NASA night view because it's just nice!

I would like to add the standard meridians and parallels, I heard something about grids, but those you have to scale manually. Isn't there somewhere a download link for a layer that adds them? Or alternatively, how should I make them?

I found a post on here which could be helpful to understand what I'm looking for:

The last reply to that question refers to a file called 110m_graticules_10 inside the Natural Earth package which I guess is for I was searching (not sure though), although the geographical lines layer is nice the grid showed in the last pic is what I was trying to replicate.

I tried to search for 110m_graticules_10 inside the folder Natural Earth but I could find it.

You could just use 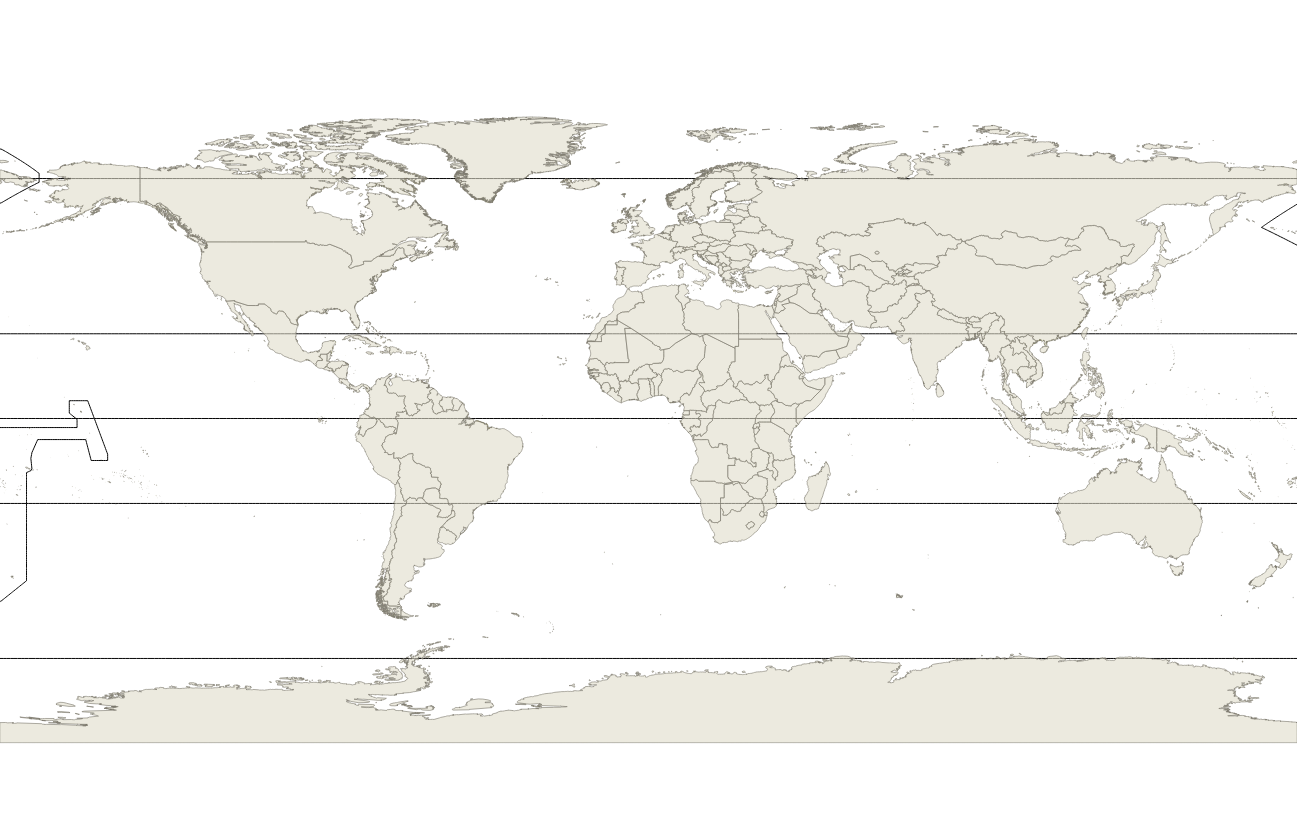 The UC Berkeley library provides spatial data files with different latitude and longitude grids on them. Looks like they were originally produced by the North American Cartographic Information Society.

You don't have to download anything, you can add a grid of meridians and parallels labeled with coordinates and customize it any way you want directly in QGIS on Print Layout > Item Properties > Grids. For more information watch this video.

Not the answer you're looking for? Browse other questions tagged qgis cartography mapping grids-graticules or ask your own question.