I am working on a workflow to identify tree stand boundaries. My desired result is the blue lines - I know it will never be like that, but I need it to be as good as possible. My best result is the red lines. The final result must not be polygons, but lines. 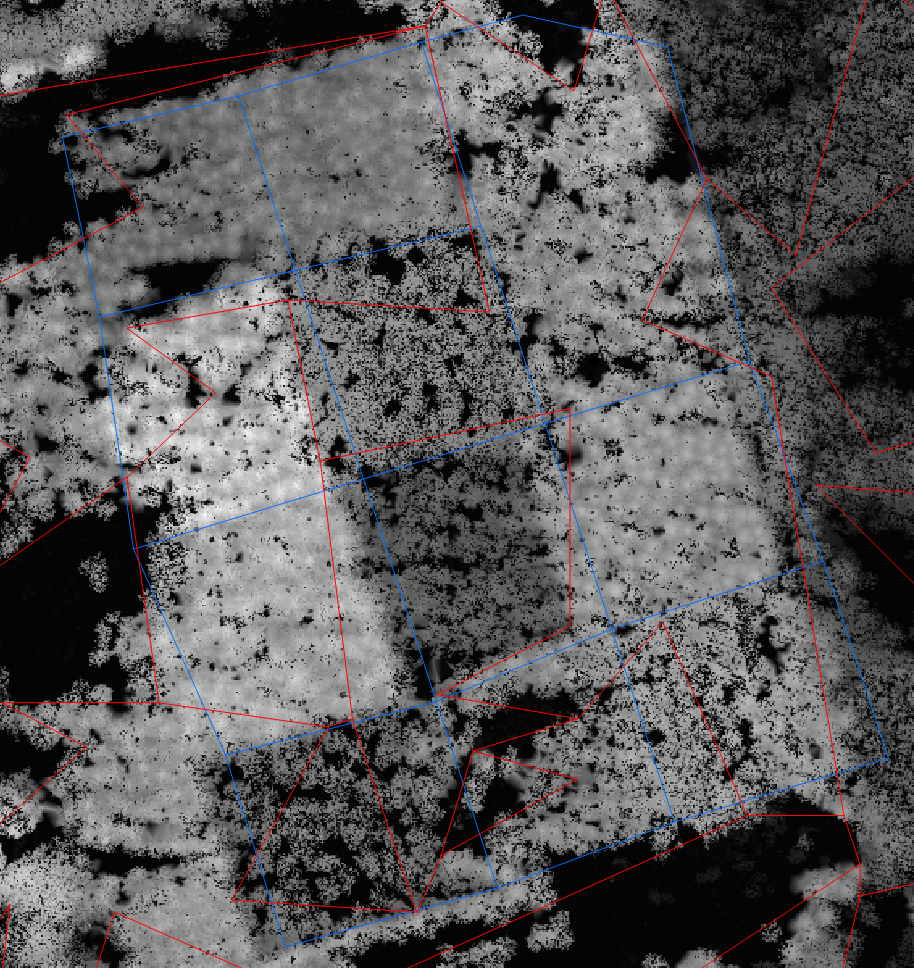 So this is what I have done so far: I am using a Normalized DSM with pixel-size 2x2 as my starting layer. This is my workflow: 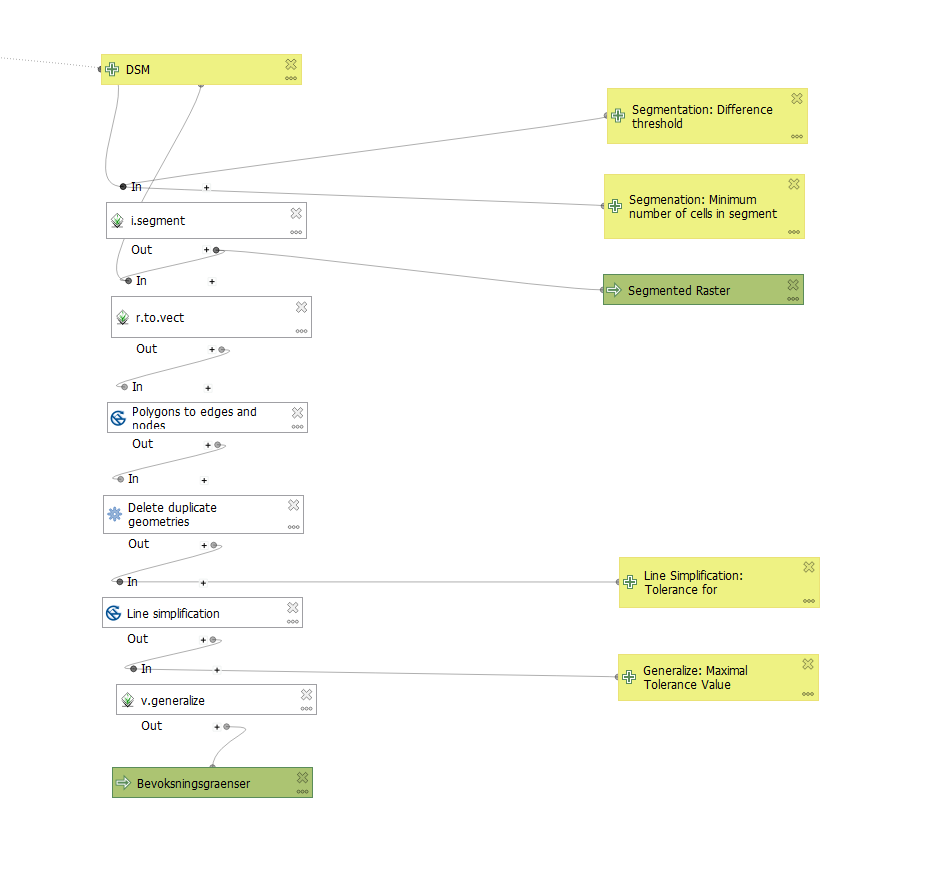 I use i.segment where my best results have been with Difference Threshold=0.4 and Minimum Number of cells = 150. Then I use r.to.vect because Polygonize for some reason didn't work in this workflow (?). After this I convert to lines, and delete duplicates. I use line simplification with Tolerence 8.5 (best result) And last I use v.generalize with Maximal Tolerance Value=21 with the Douglas algorithm.

So I use four variables to make my result better. I have tried to use some more of the other variables, but honestly I am not sure how they affect the result.

So I am asking here for any suggestions to make my result better?

Update: I managed to make it slightly better by keep changing the variables above. I tried some other variables:

So I am still hoping for any "out-of-the-box" suggestions to make it better.

Still hoping for some suggestions. I am open for trying an other open source product.

I had a go with some simple Python. Hope this is still acceptable. Basically, I did a bit of blurring (Gaussian smoothing, you can blur the image more or less to make the homogeneous areas more homogeneous), and then applied a segmentation algorithm. My script is heavily based on some scikit-image documentation, and this is what I get in terms of segments: 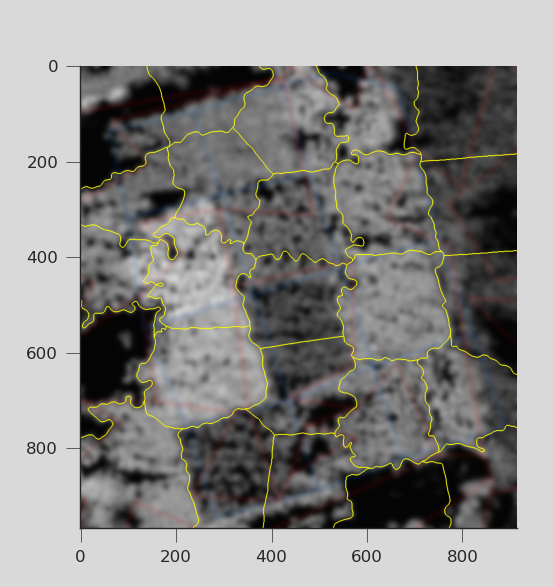 You can of course tweak the parameters, and if you wanted to save the output as an e.g. GeoTIFF you could then extract polygons from, just save the segments_slic as GeoTIFF with the appropriate geolocation. I left that bit of the code commented out at the end.

Not the answer you're looking for? Browse other questions tagged qgis-3 dem vectorization generalization forest-ecology or ask your own question.