Append one layer to another in QGIS

Since v3.4, QGIS supports In Place Editing. That means you can now make changes to individual objects within the source layer. 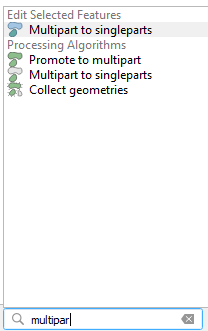 Not the answer you're looking for? Browse other questions tagged qgis layers append or ask your own question.

1
Clipping lines vector layer to polygon layer in QGIS?
3
QGIS 2.10 Unable to add features to a memory layer
1
Multiparts to singleparts to error - QGIS
3
How to re-order line layer in QGIS?
1
Finding intersection topology errors in QGIS
2
Selecting features intersecting a selection from another layer in QGIS
4
Bug of QGIS when using "multipart to singlepart"?
3
Find intersections of roads in QGIS
1
QGIS: How to append one Geopackage layer into another Geopackage layer?
3
Unique constraint failed error when saving GeoPackage in QGIS