Obtain channel/stream network from a DEM in QGIS

This might sound like a basic question, but running SAGA's Strahler order won't do the job for me. The lengths of the streams look way too short and this is quite a mountainous area. The result makes sense, but I need to see the the longer networks. If I can get large any size of basin with r.watershed, why can't I see the corresponding channel network? These only correspond to very small basins. 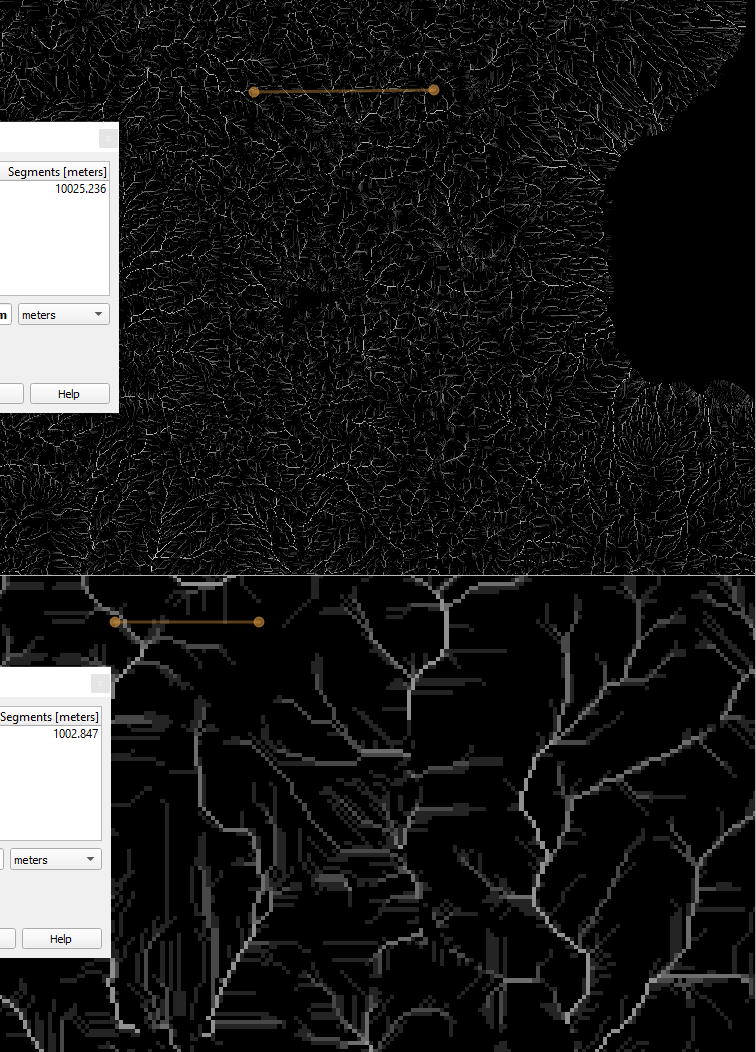 Some recommendations for extracting drainage networks with SAGA. I guess the first thing you do is fill the dem with Wang&Liu.

In some cases the result depends on the minimum slope you define. Especially if your relief goes from very high to low and flat areas.

The minimum slope is, as its name indicates the minimum slope that you will maintain to guarantee the flow, if it is high you will treat zones as flat areas, without flow and you will not be connected to the network. On the contrary, if it is very low it will create intricate, unrealistic networks.

At one time, I had a similar problem Suggestions:

Generally there are three main steps to creating a channel network.

There are various catchment area tools (eg Catchment Area) which have a variety of methods, though for the purpose of delineating watercourses in steep terrain, the choice of method probably makes little difference.

This gives an output that is best viewed in log scale. You can do this via

Note that if you don't have the entirety of the catchment, you may get erroneous results.

For this tool, use

Not the answer you're looking for? Browse other questions tagged qgis stream-order basin strahler r.watershed or ask your own question.