Calculating the shortest distance between polygons in QGIS

In QGIS 3.12 I need to calculate the shortest distance from the boundary of one polygon to the boundary lines of a set of polygons as shown in the image below

I have followed the instructions according to this question Calculating shortest distance between multiple Polygon borders to a common Polygon border?.

as described in the above link. However, when I randomly checked some of the distances using the measuring tool, while many of my tests were consistent, I found several that were incorrect e.g 196.11 km vs 216.9 km.

All the shapefiles and my project are in the same projection system.

I cannot figure out why there are the errors or if this is the best way to calculate these distances.

Ideally I would like tracklines generated to show the shortest distance, however this may be over complicated.

If only length values are needed, please use the following expression in the "Field Calculator"

In my example I am referring to a feature by its "id" from a certain layer, otherwise use geom_from_wkt().

If new geometries have to be created, then try using the "Geometry by expression" geoalgorithm from the QGIS's Toolbox with the following expression: 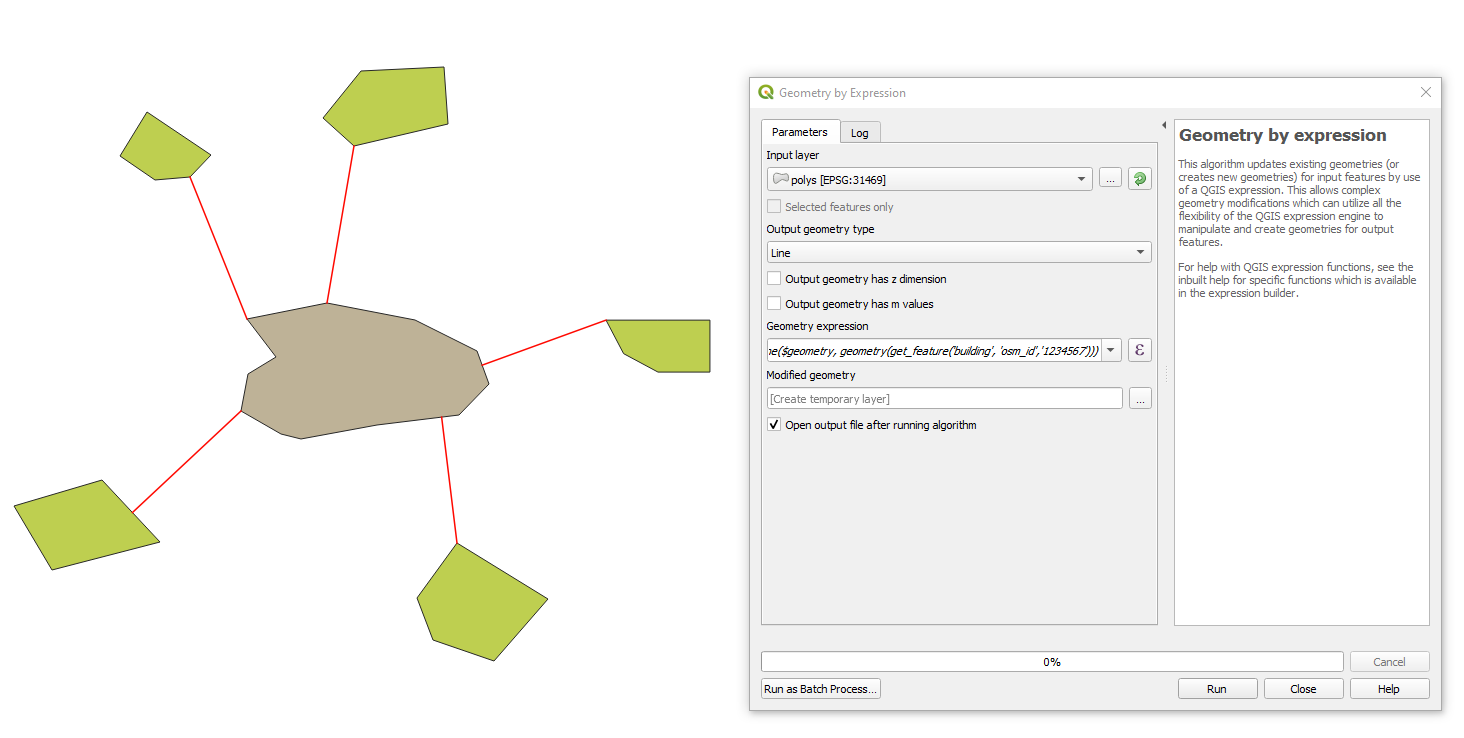 Not the answer you're looking for? Browse other questions tagged qgis field-calculator attribute-table distance proximity or ask your own question.