I'm drawing lines in a map that represent cables in underground pipes. Sometimes there are multiple cables going through the same pipe, so I'd like to draw each cable as a different line, but want it to be represented/rendered as separate lines having some offset and ideally even being differently colored. Have tried multiple approaches with symbology and geometry generator, but haven't really had a success. The main goal is to do it via rendering/display and not have to manually set different offset value to each line or draw parallel lines myself. Is this even possible in QGIS?

Let's say three separate cables are coming towards the manhole from the left, one cable goes up, two goes down: 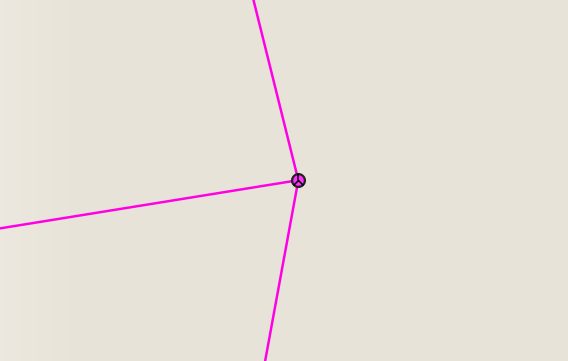 I want them to be displayed something like this to visually represent their actual paths: 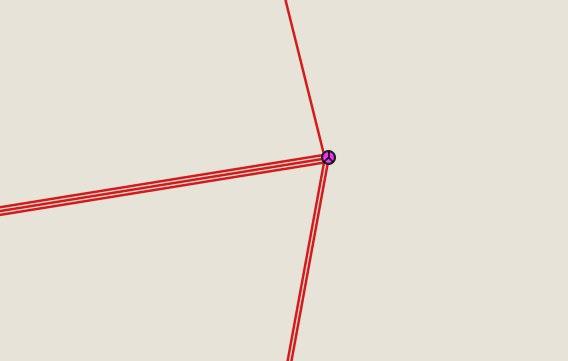 You can create a categorized symbology for the cables based on an attribute that has the number of cables. For the line styles that have more than one cable, add a new simple line and adjust the offset value. I used 1 millimeter between lines. The problem you may run into is that the junction points may be two small to coverup the ends of the line 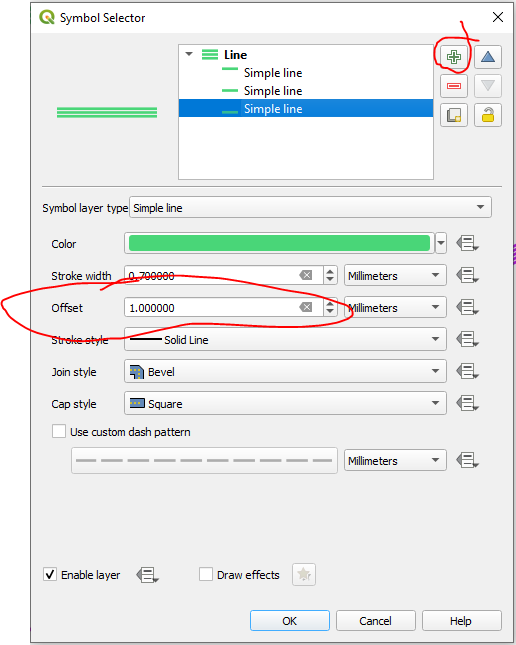 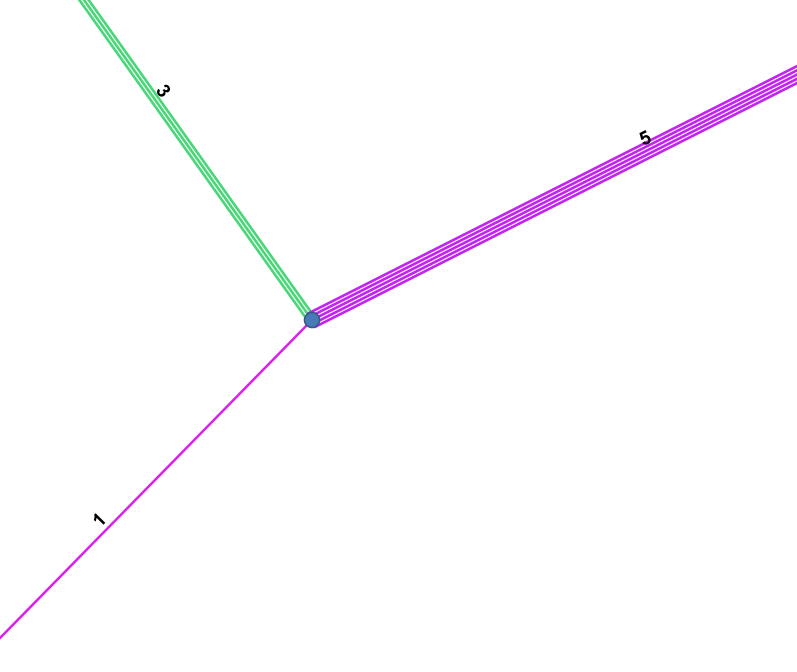 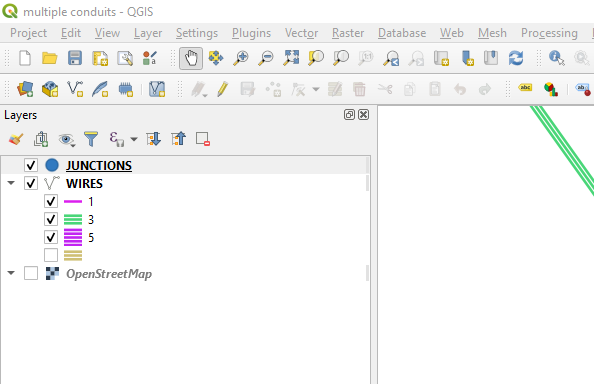 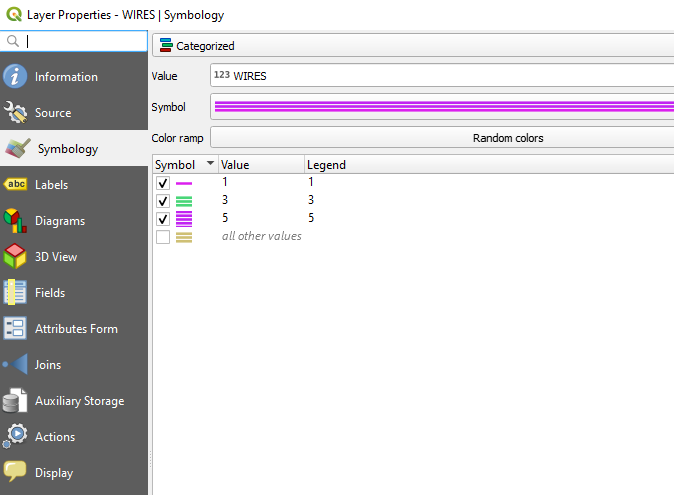 Not the answer you're looking for? Browse other questions tagged qgis symbology rendering offset or ask your own question.