Is it possible to convert the USNG grid to a perfect square 10mx10m fishnet at CONUS scale?

I realize this is a ridiculous question, so please forgive in advance.

Would it be possible to generate a 10m x 10m grid at CONUS scale, without any non-square polygons at the Grid Zone Junctions (GZJs)? The desired result would have all GZJs removed from the USNG, and could be served to the web as a vector tile layer. Instead of slivers or polygons at the GZJs, the desired result would look like a fishnet containing perfect squares throughout.

I don't think just generating a fishnet would accomplish this result, because generating 10m x 10m fishnet vector polygons would be significantly computationally burdensome. My question then, is do you think this gird be produced at CONUS-scale without creating some kind of monster vector shapefile? I can't use rasters to solve this problem, as the grid cells are designed to be attributed with multiple variables.

Again, I understand this doesn't really make sense, but I was wondering if anyone had any bright ideas as to how this might be accomplished. 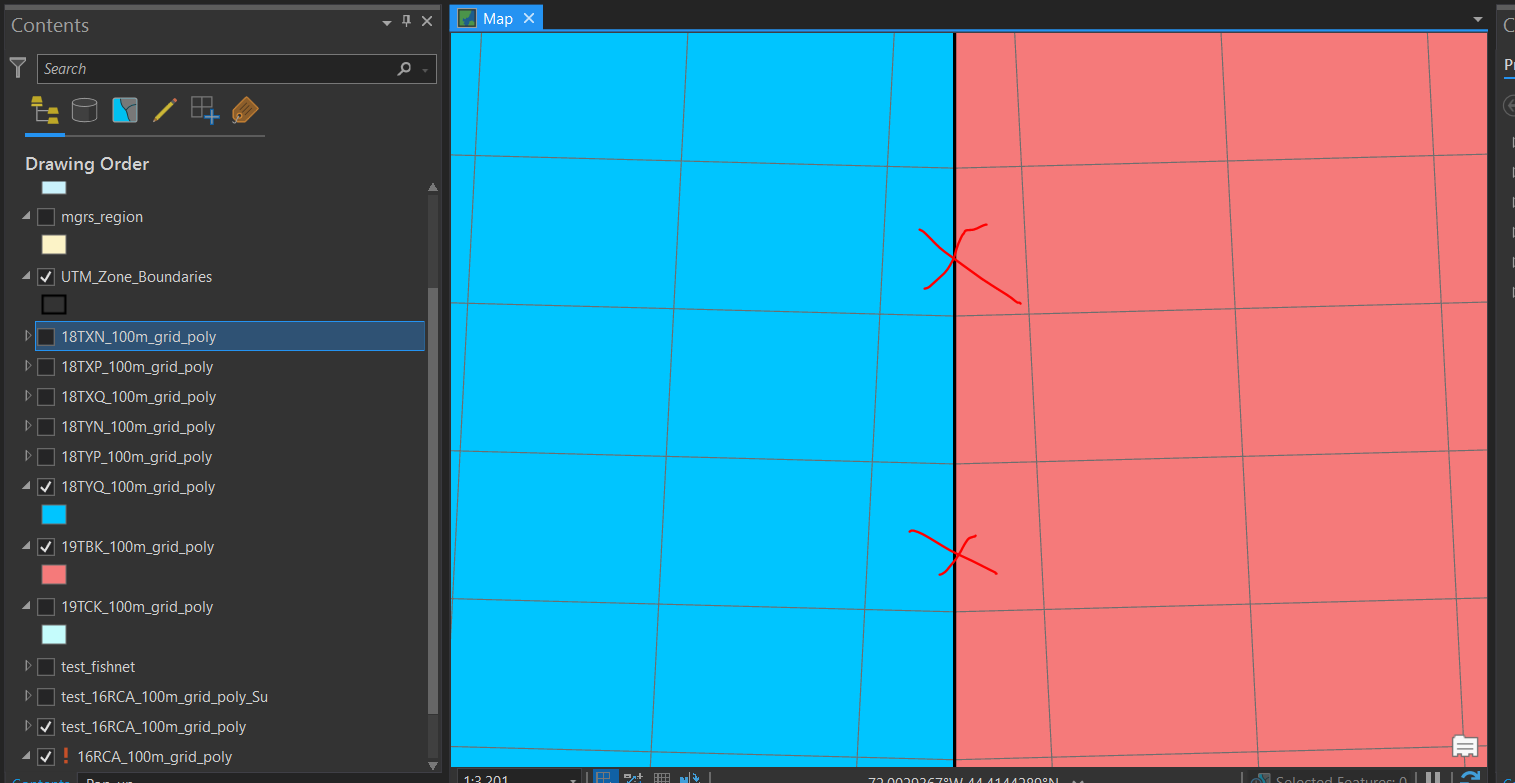 Okay, we ended up using Google Plus codes. Thanks all! https://grid.plus.codes/

Not the answer you're looking for? Browse other questions tagged coordinate-system vector-grid grids-graticules or ask your own question.

4
Converting from an x-y coordinate system to latitude/longitude
2
Construction of a square grid from a given centre (lat,lon) and direction of the sides