Snapping two topology layers together based on point

In QGIS 3.14.15 with GRASS 7.8.3 I have two layers both with correct topology that function how they should. When using the Network Analysis > Service Area tool, they work as they are supposed to. Trace and Shortest path etc.

However, I would like to connect them to each other. 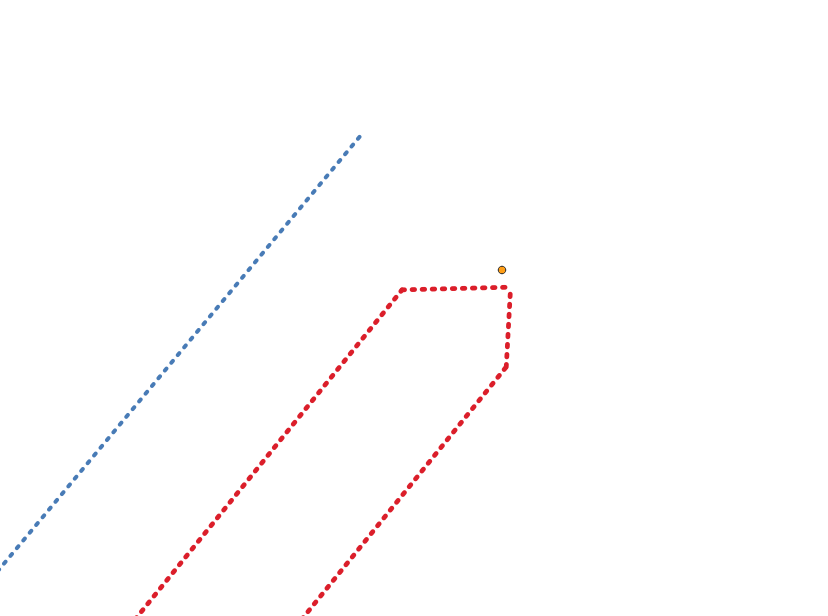 When running a trace on the RED it should also expand the network to the BLUE as they 'SHOULD' be connected at the point layer.

I know this is possible with manually editing the topology and simply dragging it to the point or to each other. This works well, though this network is way to large to do manually and I need an automated tool.

I have used grass v.clean to clean up each layer individually, though when trying to use it to connect the two it changes the network too much as it uses all nodes when using the 'snap' tool in v.clean. The distances between the network layer(s) and the point layer range between .5m and 2.5m

What I want it too look like: (as mentioned it is possible manually) 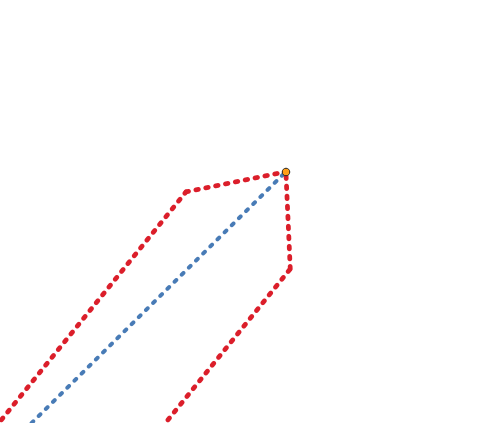 Is there any 'black hole' or something that would just 'suck' all points to the point layer? Slight variations in the network are acceptable, such as when I adjust it manually. Just need to do this for a couple million points/lines.

This older post might be helpful in solving your problem, although the problem at hand is slightly different: Bulk Snapping Points to Line Vertex in QGIS?

It uses an algorithm from QGIS snap geometries to layer using a reference layer and a user specified tolerance. You can change its snapping behavior and check if it gives the desired outcome, for example try prefer closest point, don't insert new vertices.

Not the answer you're looking for? Browse other questions tagged qgis grass topology network snapping or ask your own question.

5
What am I doing wrong with QGIS v.clean?
0
Simplifying polygons in ArcGIS considering contains-one-point topology rule?
5
Grass Processing tools via QGIS : v.clean snap, chdangle, and rmdangle
4
Problems with cleaning the topology of a shapefile using GRASS tools and snapping tools