How to choose cell size for grid points to fill polygons in R?

I have a shapefile consisting of hundreds of polygons depicting building footprints in a city. I want to fill these polygons with grid points. I am doing this by making a grid of points and then clipping the points grid to the polygons so that I can get a new clipped layer that is the grid points but with the invisible boundaries of the polygons. Here is my code:

This results in the following:

Running plot(grid.clip) yields nothing but blankness.

To identify the CRS of the polygons:

I run the following to see what I was working with before the clip:

And I see this: 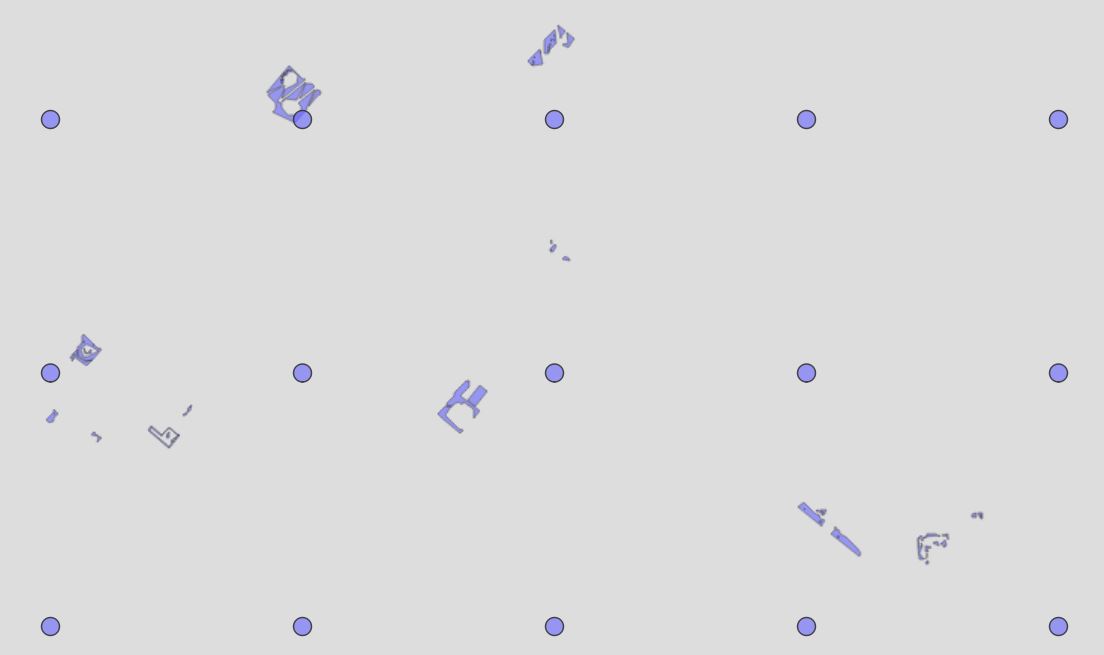 As you can see, the points are spread out so far beyond the scale of the polygons. How can I shrink down the spacing between the grid points so that I can actually see the points within the polygons? I recognize that there is no direct answer for what the scale should be, but I am looking for something reasonable. Since these are building footprints, and since this polygon layer has units in feet, I was thinking that maybe the grid cell size should be within feet. How do I set this? I think this involves the cell.size argument within makegrid(), but I am not sure how to use this. Also, what might be a good way to decide between 1-foot spacing vs 5-foot spacing vs 10-foot spacing for the grid points? I want the best resolution/highest reasonable point density without overloading RStudio and crashing.

5
QGIS “ERROR 6: No translation for Lambert_Conformal_Conic to PROJ.4 format is known.”
3
Clipping a shapefile in QGIS that has user defined projections
4
Combining Layers not outputting correctly in QGIS?
5
Dissolving reprojected features split into two parts by international dateline (180 degrees) in QGIS
3
gIntersection error: linearRing not created
0
Fill out irregular grid with polygons