I created a simple model in QGIS graphic modeller that takes in input parameters like drive time ranges and start location and outputs 3 styled layers including "start_point", "drive_time_zones" and "nielsen_leh_de_2019" competitors. The model functions correctly except that some algorithms need to be run after some other processing algoritms are finished in cases when those are not directly related (one is input to the other one). I tried to handle it with adding extra algorithm dependencies but without success (like adding dependecies as marked in red below in the model schema) 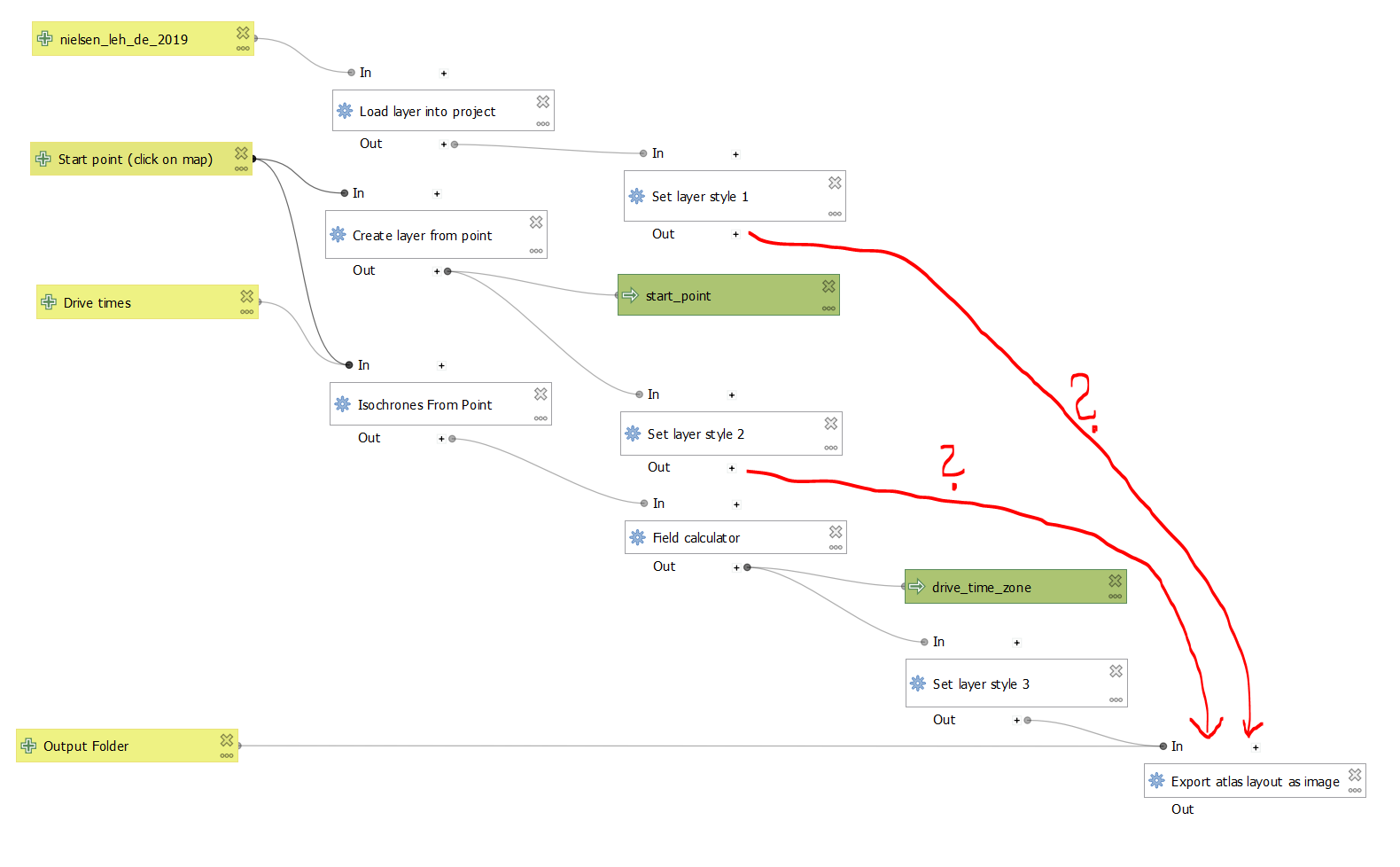 The exact problems are two. Firstly, "nielsen_leh_de_2019" layer comes out on top of "start_point" layer. I want the order to be switch (as marked in blue in the model result map below). Secondly, the final "Export atlas layout to image" algorithm exports a blank OSM map because it does not recognize that it needs to run after all other algorithms are finished. 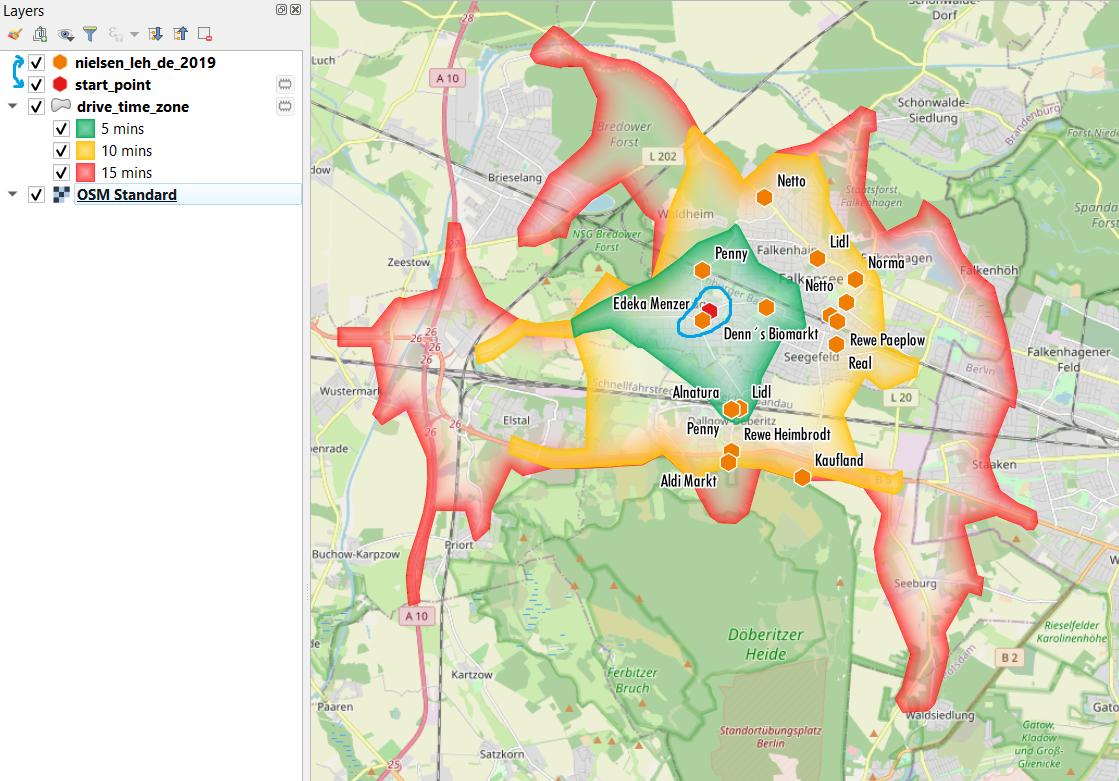 I tried to go about it using algorith dependencies in many ways but it does not have any influence.

What is the correct way to use algorithm dependencies to have the algoritms run in desired order?