I'm running a .bat script (included) in the cmd prompt. I get the error "ImportError: No module named osgeo" when it tries to call the gdal_merge.py command.

I think this has something to do with the way my paths are set up. I've tried to play around with making sure the .py scripts are in the correct folders. I've read through other similar problems/solutions but mine seems to be slightly different.

The gdal_merge.py script exists within the 'path' directory, however I'm not sure what the connection is between the 'osgeo' module it can't import. Where should the module exist so that it can be imported correctly? 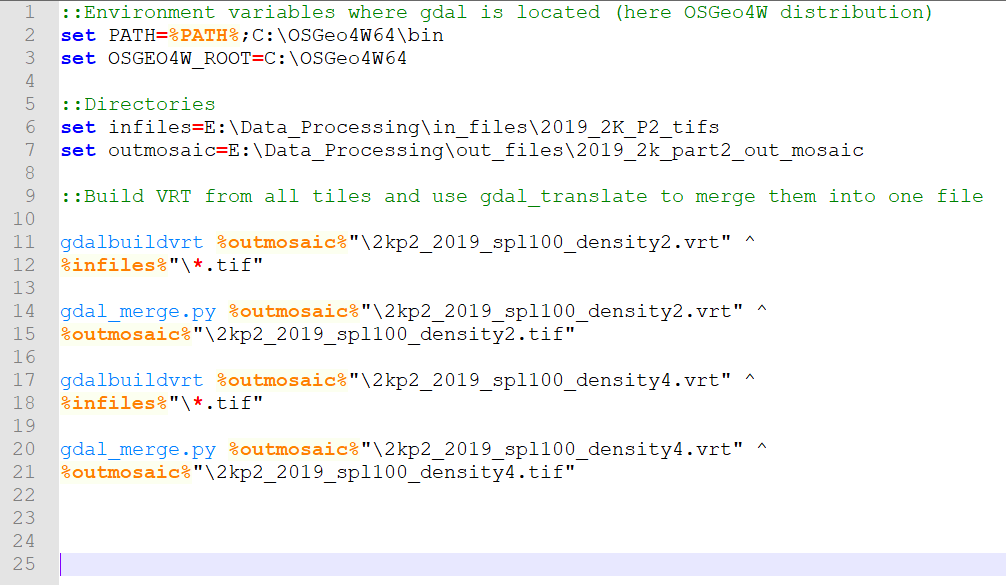 Browse other questions tagged gdal osgeo gdal-merge importerror or ask your own question.