NameError: global name is not defined when performing task with FlowMapper in QGIS

I'm using QGIS 2.8 and I'm trying to apply the FlowMapper plugin to create a visualization. I aim to follow the instructions in this blog post and this GIS.SE question, but something seem be going wrong.

The error is as follows:

I'm not sure what to do about this. So far, I've tried changing the input files by either switching to spaces instead of tabs between the data columns. That did not help though.

Added: Here are the files I've used. First, there is the locations of the cities: 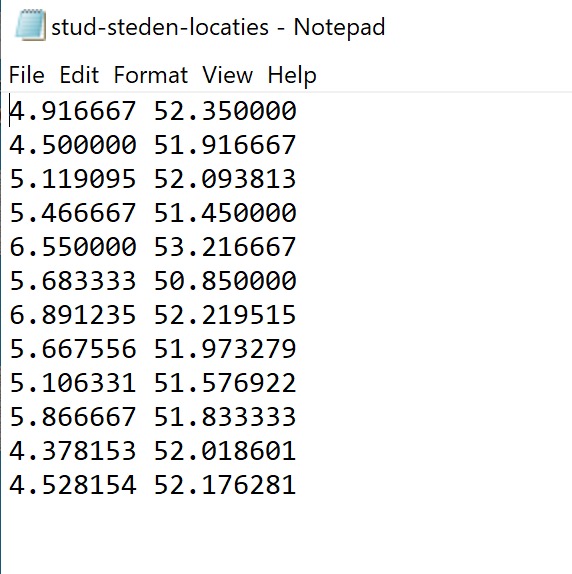 Then there's the labels associated with them: 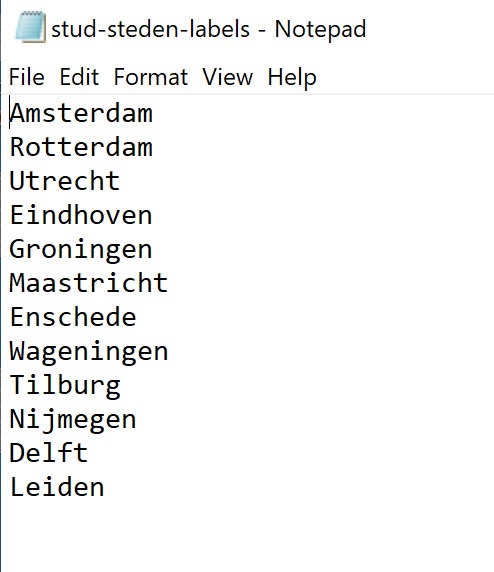 And finally, the incidence matrix: 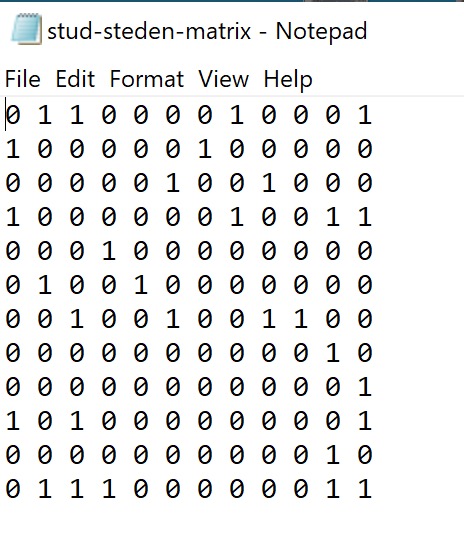 All columns are separated by spaces. The paths to the respective files are:

An error in line 2655 refers to this part of the code in flowmapper.py

and it appears because SaveShpName was incorrectly initialized in flowpyv07.py via the function

where some(or all) variables fulldirODinput,fulldirPTinput,fulldirPTNamesinput can not be created with a built-in function open(filename, 'r') probably due to issues in the input file content or a path to each of them.

So, there are several solutions I may suggest:

I could get the desired flows in QGIS Wien 2.8.9, see image below. 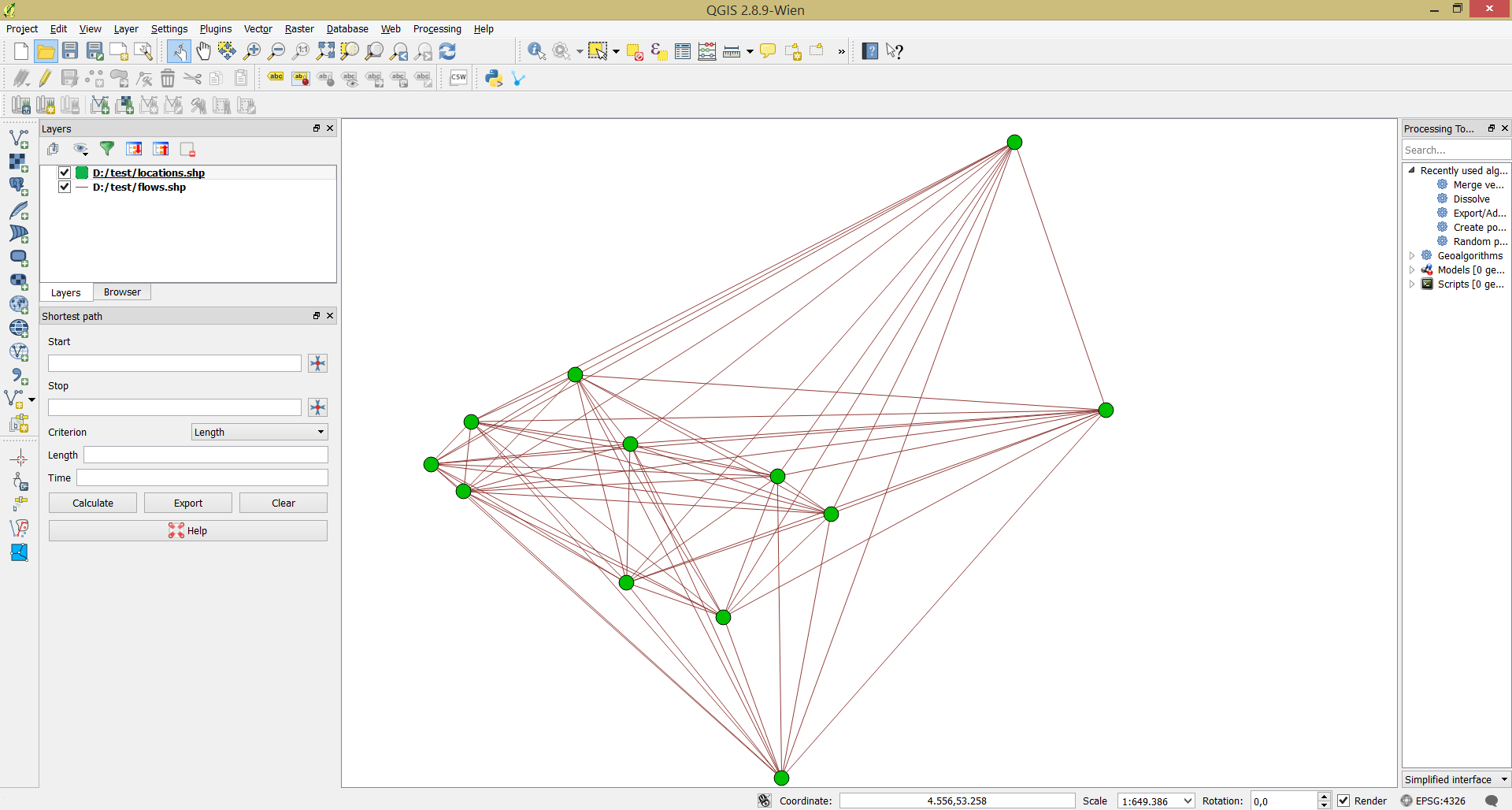 When I opened your initial file "stud-steden-matrix.txt" in Notepad++ I see this 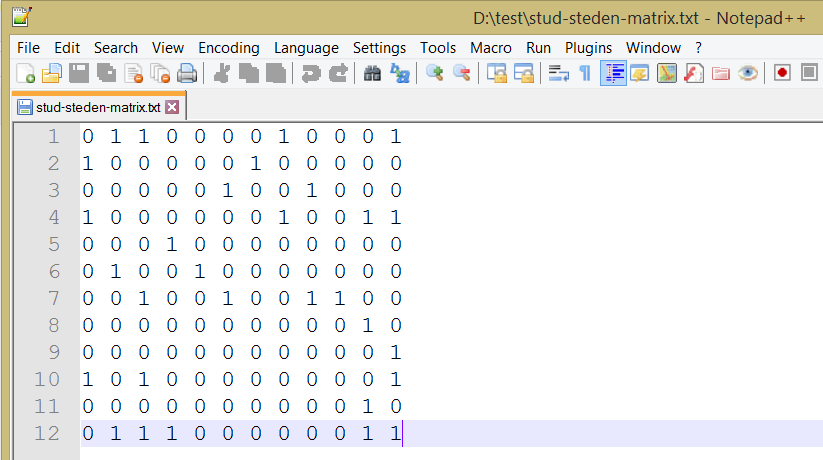 So, all text files have to be formatted appropriately.

This is a FlowMapper's working window: 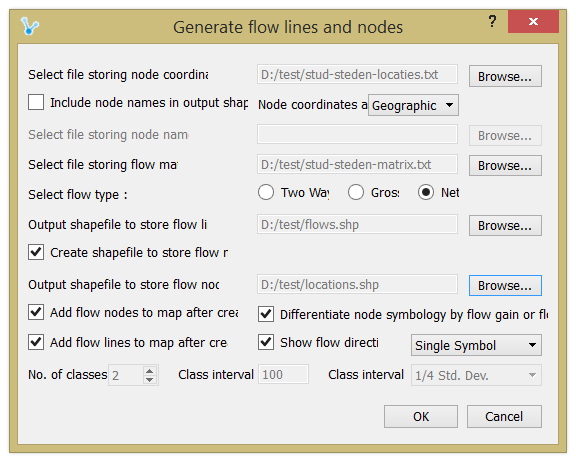 Not the answer you're looking for? Browse other questions tagged qgis-plugins qgis-2 error flow-map or ask your own question.