Why does the same UTM northing give different values when converted to latitude?

Both from zone 23S (EPSG:31998) or 23K (following this reference). Notice that both have the same northing.

The latitudes given for both are slightly different:

I have tried this using R's spTransform function, and also this website. Why aren't they giving me exactly the same latitude, since the northing is the same?

This is perfectly normal behaviour in a transverse Mercator projection. The fact that a specific northing does not match a specific latitude (except for the Equator itself) can be easily visualized.

We are used to seeing global maps of the more familiar equatorial-aspect (or normal) Mercator projection, which depicts parallels and meridians as perfectly straight lines parallel to the x and y axes: 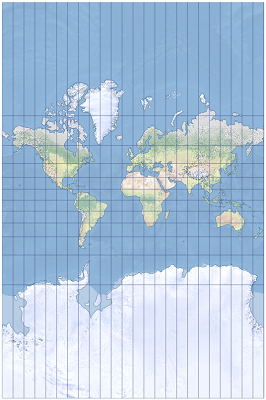 So at first, your result may seem surprising, as you noticed differing latitudes for a specific northing in UTM, however UTM uses a transverse aspect. Essentially it's the same projection, but sideways, and check out what it does to parallels and meridians: 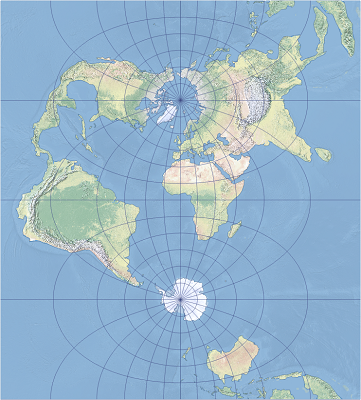 The latitude and longitude lines are now curved!

Granted, UTM does not use a single, full extent projection, but it instead uses 60 6-degree bands centered on some central meridians in order to use the area of the projection with minimal distortion, but for the sake of the present visualization, I'm going to use the full projection, but the principle holds for smaller regions too..

Notice how, when we draw straight northing (horizontal) lines on that projection, they do not follow latitude lines anymore (except for the Equator): 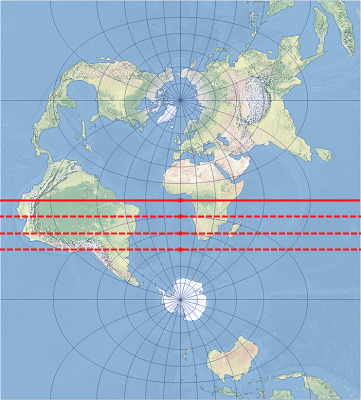 Hence, it is perfectly normal that a specific northing corresponds to slightly different latitudes, depending on the easting.

Not the answer you're looking for? Browse other questions tagged convert latitude-longitude utm gis-principle or ask your own question.