Vectorize a raster TIFF based on its different class colors

I am using QGIS 3.16 and I have an int ratser tiff file, which shows classified land covers obtained from Sentinel-2. I need to create polygons over each class to classify and visualize each group in a vector format. As shown in the image attached, the areas corresponding to each class are so scattered and there is not just this one image so I cannot draw polygons manually. I thought of using an specific field in the attribute table to separate a class, but it does not have an attribute table! Any ideas on how I can vectorize a raster based on its different class colors? 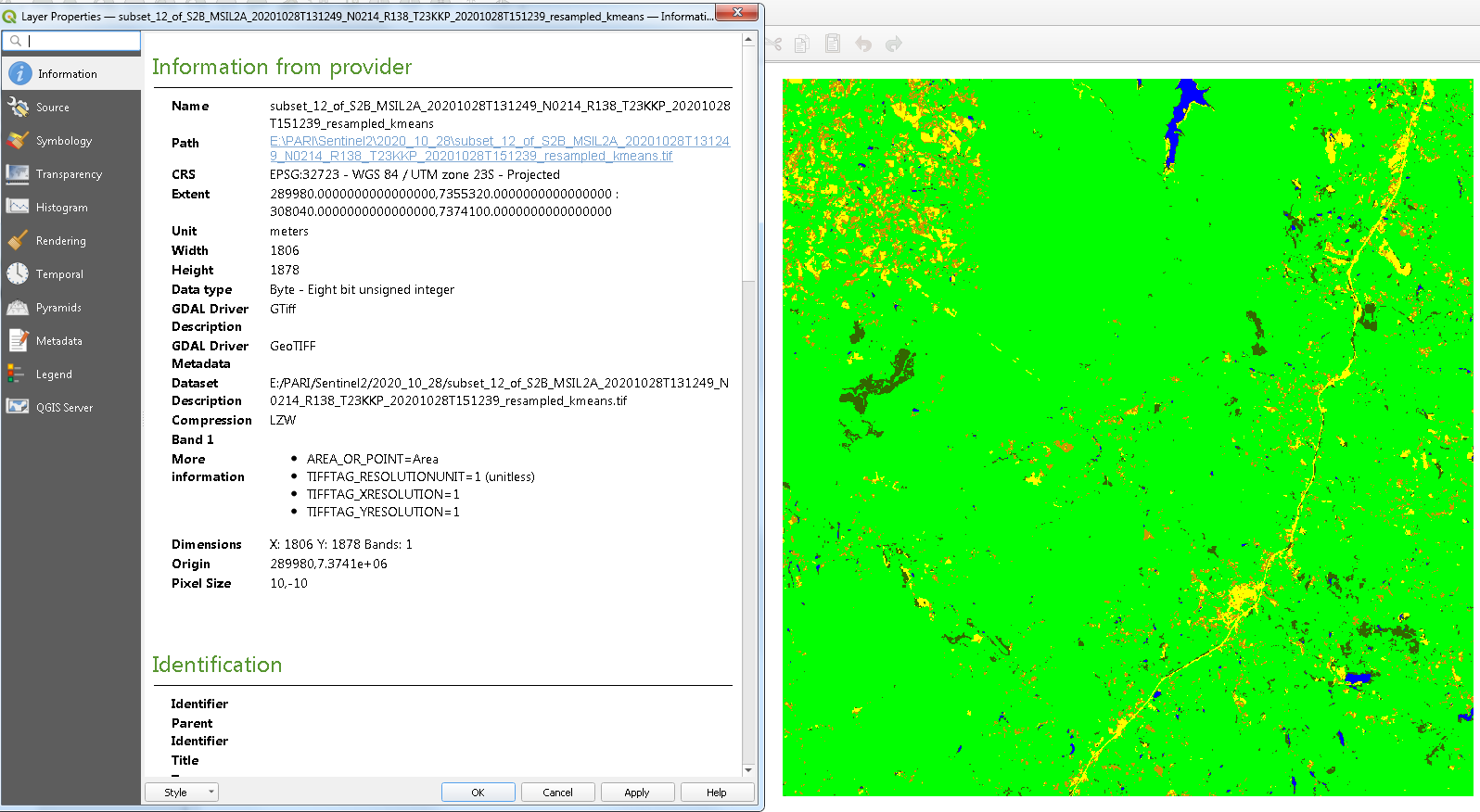 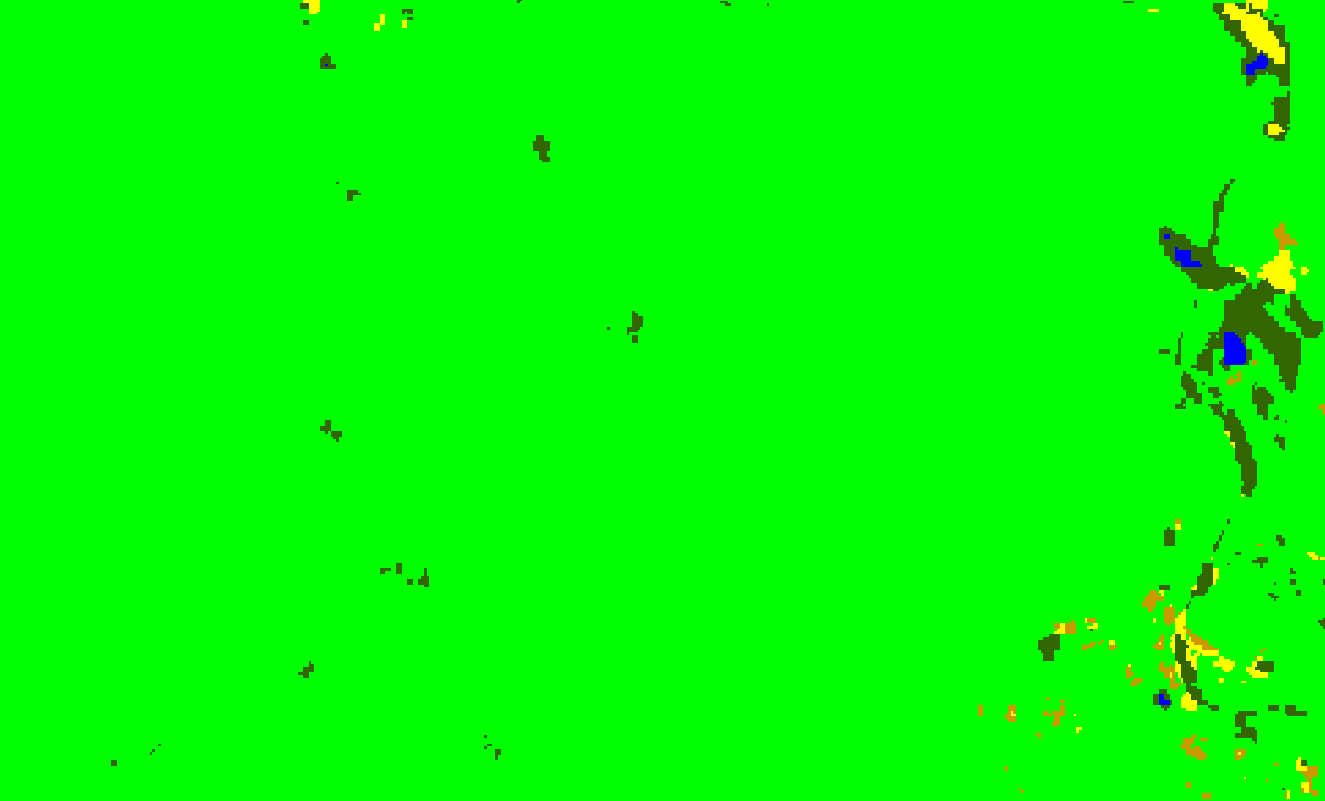 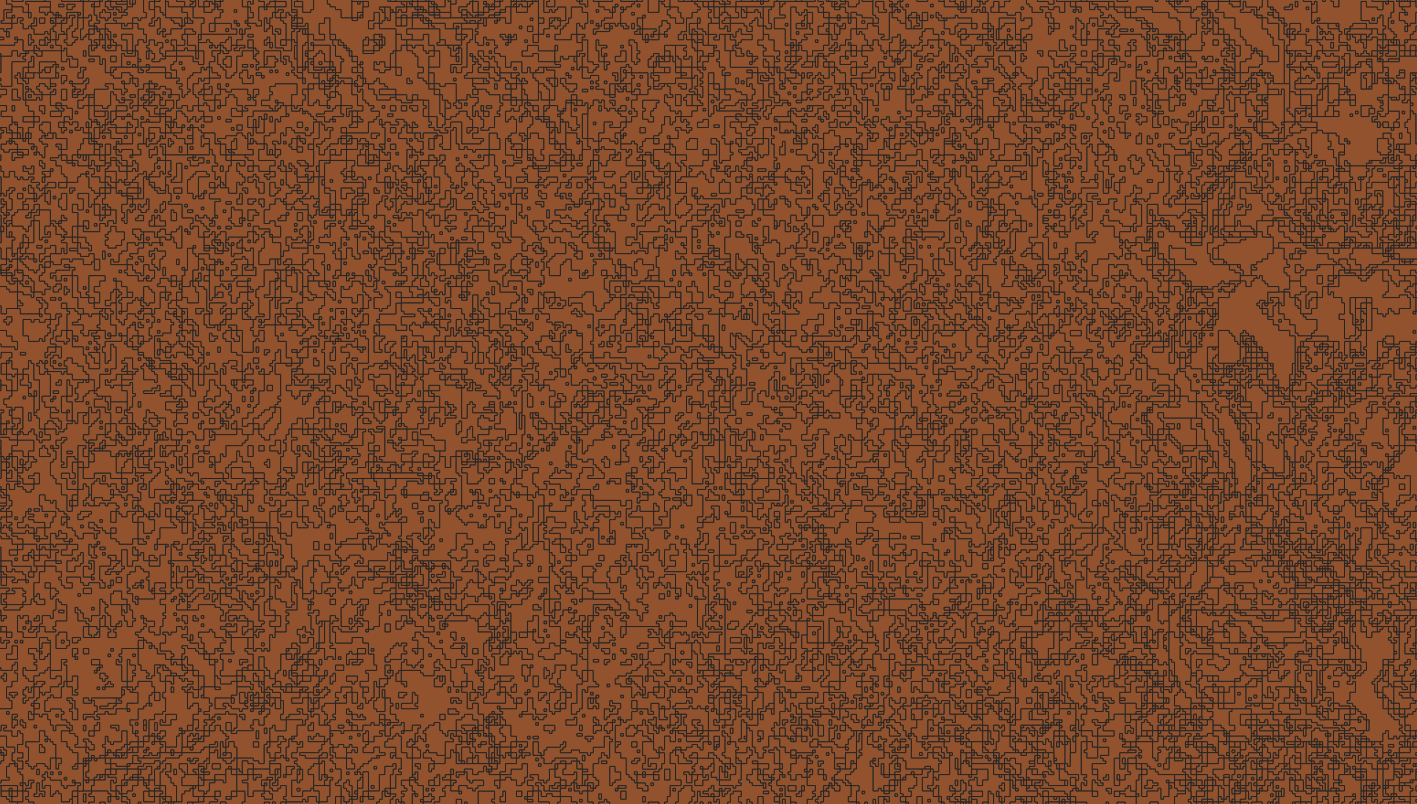 The ratser is classified as below: 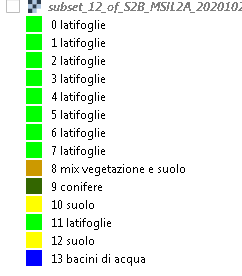 I wrote this classification table and I got this result which only has to values of 0 and 13 instead of 1 to 5 that I was expecting: 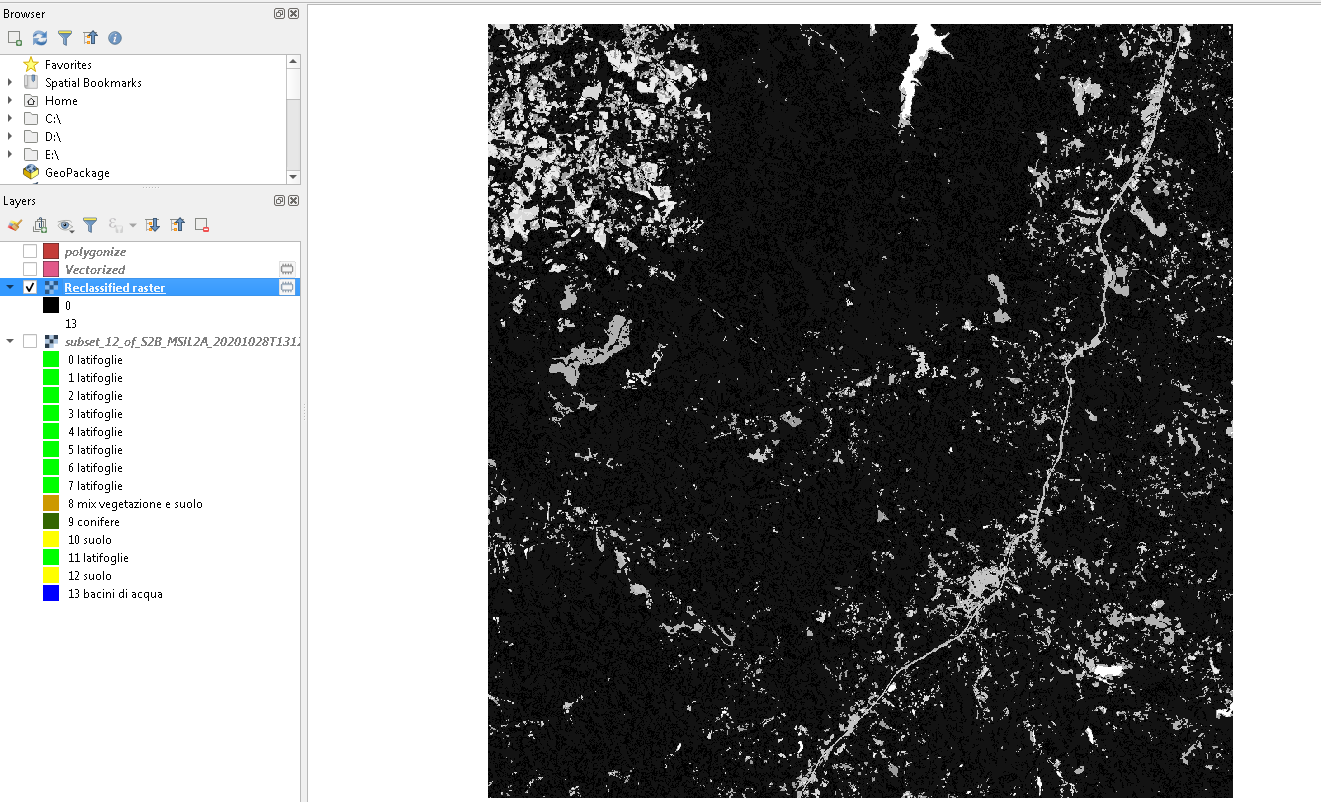 Following from the discussion and chat:

First, reclassify your raster data using Reclassify by table with range boundary "min <= value <= max". For each interval use 1 row, according to your classes e.g.;

Then polynonize your raster. Finally, symbolize your vector layer using, Properties > Symbology and make it "Categorized" using the new class values of 1-5.

Not the answer you're looking for? Browse other questions tagged qgis raster vectorization or ask your own question.

2
How to merge pixel values to the nearest maximum value based on area in a classified raster?
5
Converting raster pixels to polygons with GDAL python
1
Create polygons from raster with only a selected amount of features (not each pixel a different polygon)?
4
Merging small polygons into larger adjacent polygons using QGIS
0
Calculate percentage of a class in a raster within a buffer in moving windows in R
2
Scaling a soil profile Raster to georeference and vectorize Raster data
1
Calculate within a buffer around a point the % of area covered per category