How to export JPEG with a geoprocessing Service

So I'm trying to have users export a JPEG of an area. I'm just in the beginning stages of doing this. I'm stuck on why the features from the MXD are not showing up on the output of the GP tool.

I created a simple Python script that exports the MXD into a JPEG. Works on Local Machine. Published it to ArcGIS Server. When running the GP Service in WAB it only exports the MXD with no layers in it.

What am I missing here? I don't seem to have any features on the exported JPEG. It's just blank.

Can you use the print widget instead of a custom GP tool? In WAB use the Print Widget and point the URL to your print service task on your GIS Server. In your GIS Server, navigate to the PrintingTools GP Service under Utilities. Click 'Export Web Map Task' and copy paste the URL into the WAB Print Widget 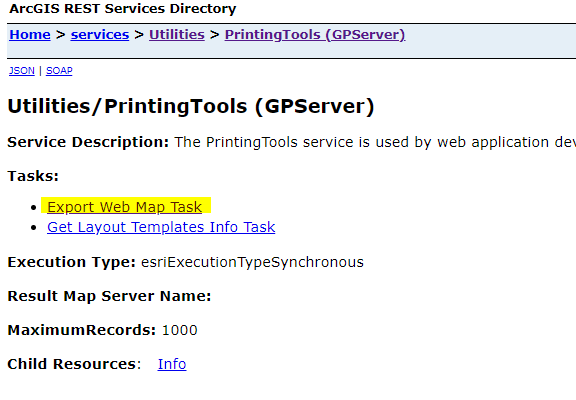 Not the answer you're looking for? Browse other questions tagged arcgis-server arcgis-web-appbuilder or ask your own question.