Rasterize vector data with the extent and resolution of reference raster

I have long tried to rasterize a point shapefile with the same resolution (32.461 km) as another raster layer I have loaded into the QGIS canvas too. 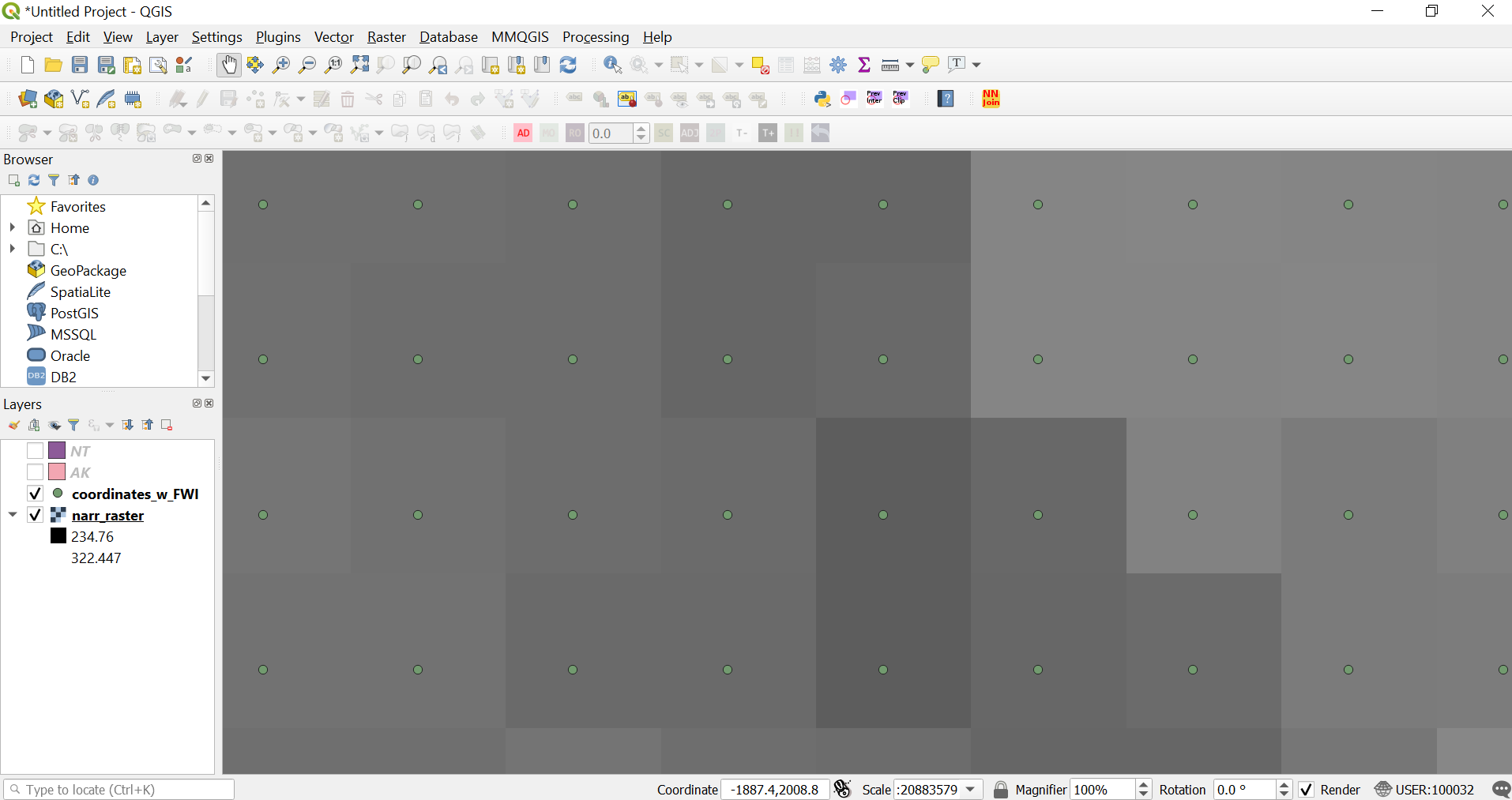 I have seen multiple cases, here and here where they suggest the GDAL rasterize tool in QGIS. However, in the tool they describe, I can set an input raster. This is nowhere to be found in the QGIS 3.4 Madeira version. 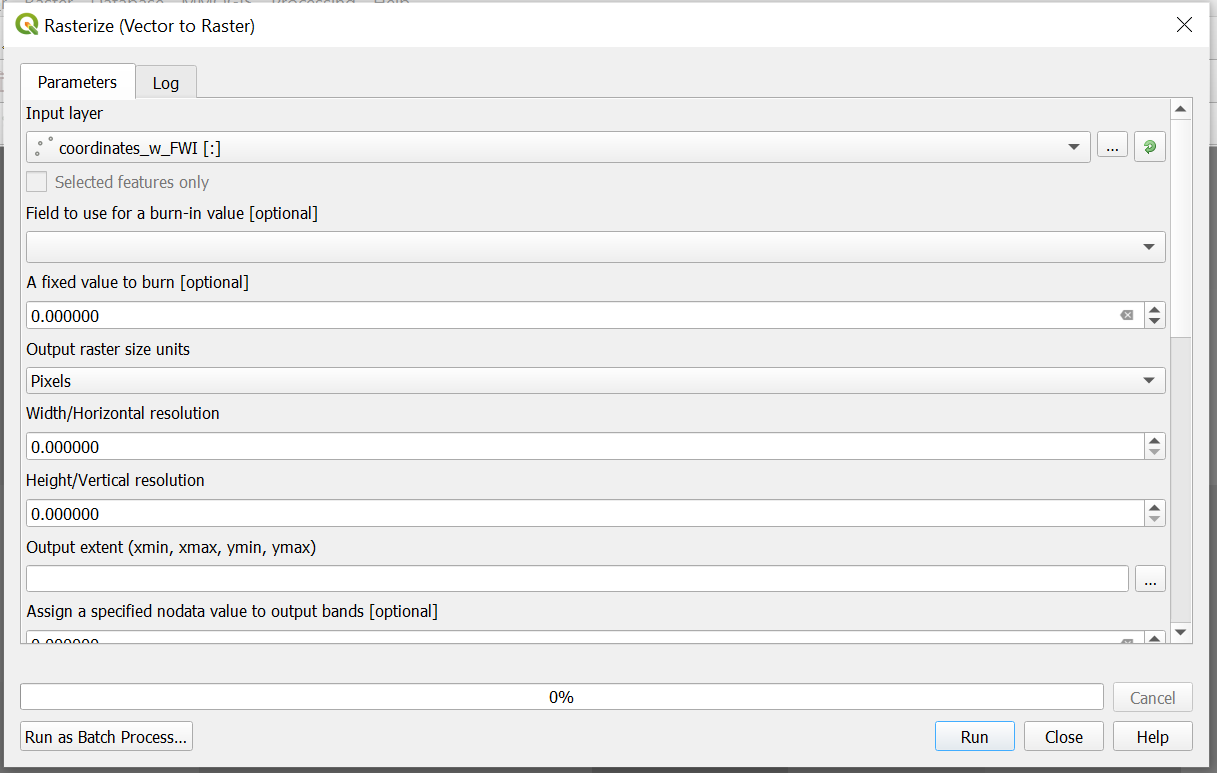 So how can I then make sure to rasterize my shapefile with the same resolution as the underlying raster layer?

I have tried to set the pixels and the extent of the new raster layer equal to the loaded raster file. So I get this: 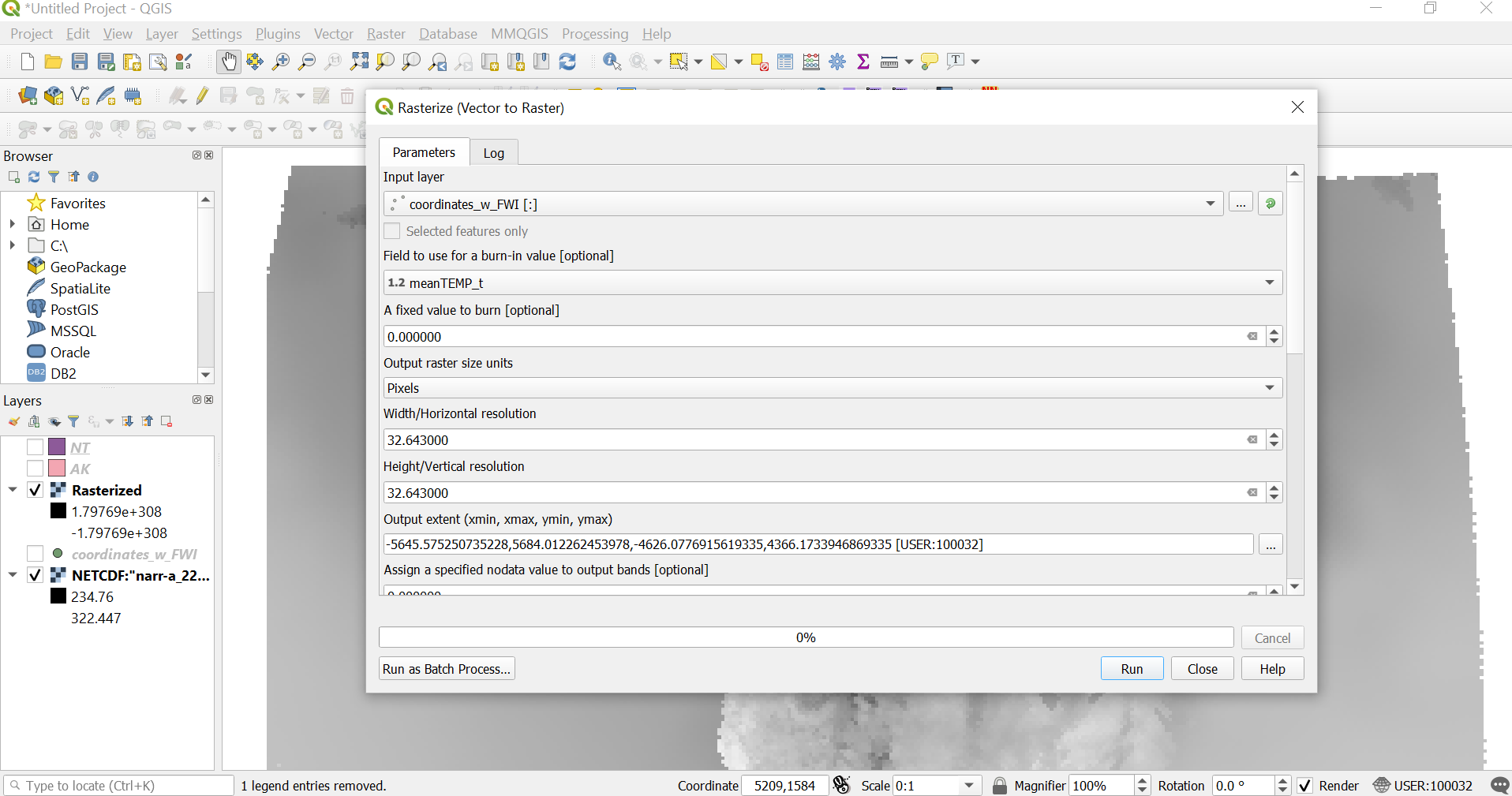 But there is no raster layer appearing on the canvas, even after reprojecting it.

EDIT EDIT: Okay okay(!) I get something now, but when I put the pixels the size of the raster layer, I end up with a lot larger pixels than first hoped, see below: 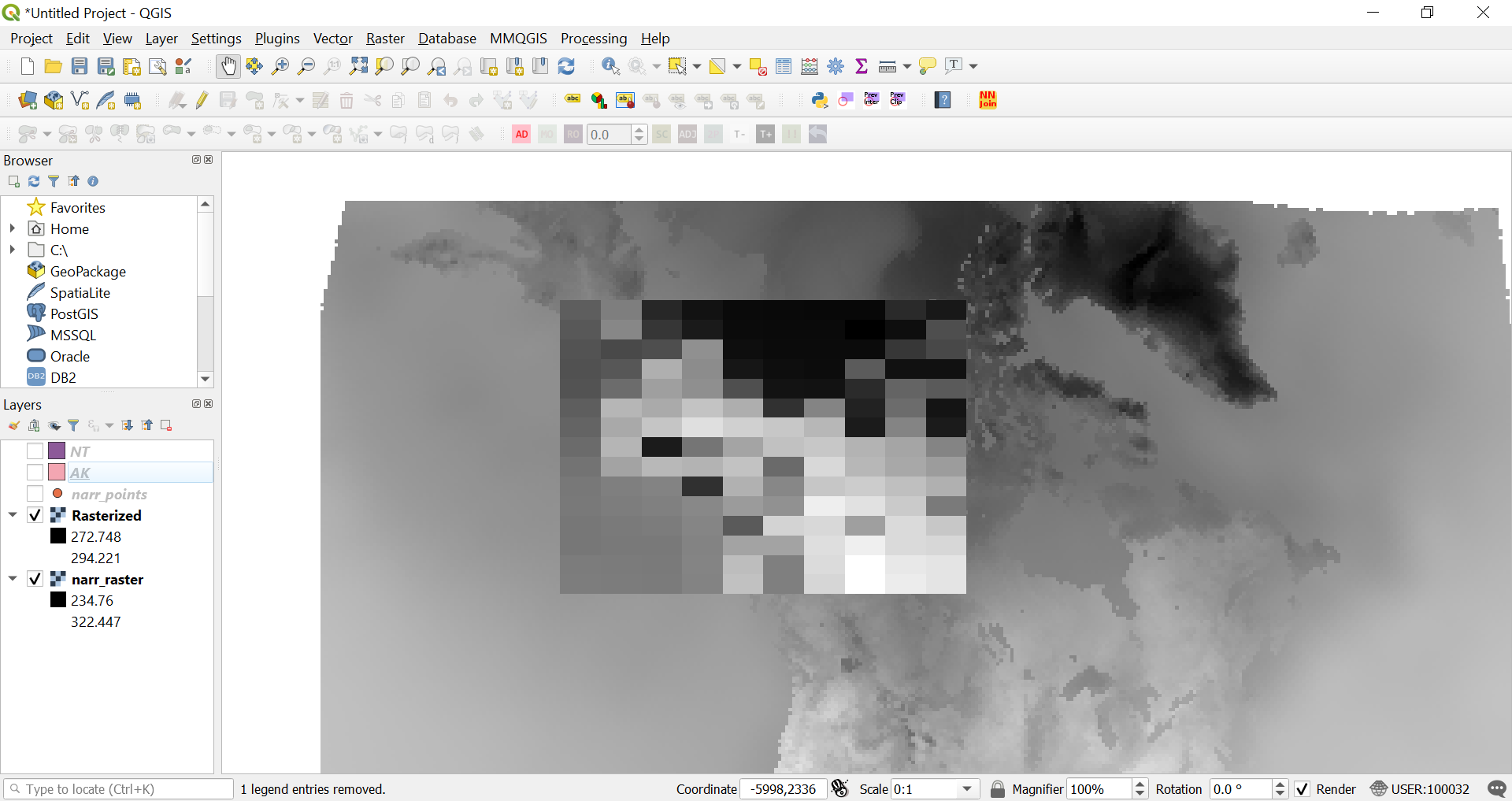 Yes there is. Press the triple buttons next to output extent. then Extent from Layer->select your layer. Now make sure your resolutions match. (sorry, there's no way to get that from the other raster, you can inspect it and copy values) and you're done!

Also, why not upgrade to the latest LTS release? (3.14 A Coruña)

Not the answer you're looking for? Browse other questions tagged qgis rasterization gdal-rasterize or ask your own question.

9
How do I create blank geotiff with same spatial properties as existing geotiff?
9
Rasterize shapefile using another raster's size and resolution
3
Rasterize vector while adjusting extent and resolution to reference raster?