I am wondering how I would go about padding the outside of a DEM raster with 0 values. Here's the scenario: I have a DEM and I have a feature class larger than the DEM footprint. I need the DEM to be larger than the feature extent in order to perform some extraction processes. Therefore, I'm hoping to pad the outside of the DEM with 0 values to fill it out to the correct size. See below for what the DEM and features looks like. 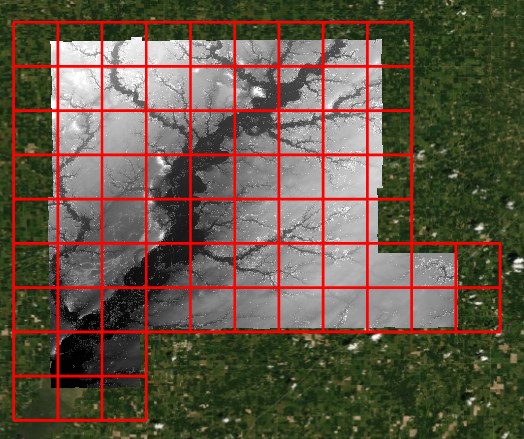 So far, I've tried to replicate the solution described in a previous post, but no luck. I manage to create the larger raster of 0s no problem, but when I try to use the "Plus" tool to add the two together, it only produces the original DEM. I'm not sure, but I believe it's because the DEM raster is a gradient (no attribute table). Below you can see the DEM and the larger raster (black) of 0 values that I'm trying to use. I can confirm that the 0 values raster is of the same coordinate system, cell size, and has been raster snapped. 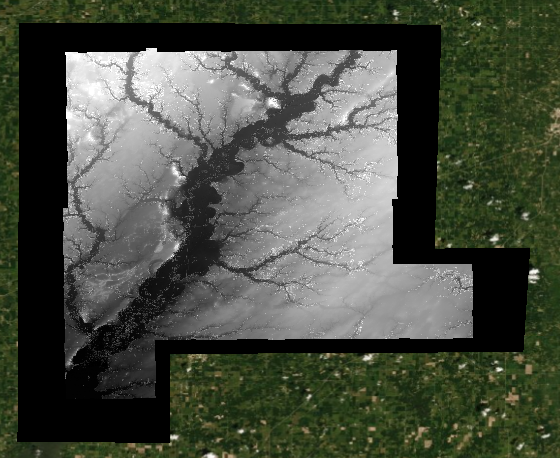 So this leaves me stumped.

How can I pad this DEM?

After creating your 0 DEM, try the Mosaic to New Raster tool. You may have to convert your 0 Raster to a floating point grid. Add the 0 Raster first, then add the DEM. Set the mosaic mode to Last. This should produce a new raster with your DEM and the 0's on the outside.

Not the answer you're looking for? Browse other questions tagged raster dem arcgis-pro or ask your own question.

3
How can I expand the 'extent' of a raster?