I have the following problem.

When surveying small objects on QField, such as structures with a diameter of 20 to 100 cm (with external GNSS-receiver, +- 1 to 3 cm accuracy), a problem with the preview became apparent.

The same problem reappears in the post-processing of the object, for example when I would like to edit the vertices again (see image below). I suspect that Qfield has maybe problems with displaying the preview in larger scales, because the smaller the scale and the larger the object being edited, the better the preview image.

First I thought this might be a problem with the GNSS-signal, but this works fine. And after finishing the edit-process the feature looks correct. The problem also occurs, when the GPS-tool is turned off and a small polygon is drawn by hand (like in the image below). I also tested other polygon-files and formats for example the "simple_form"-layer in the tutorial.

Is anyone aware of this problem or knows how to fix it? 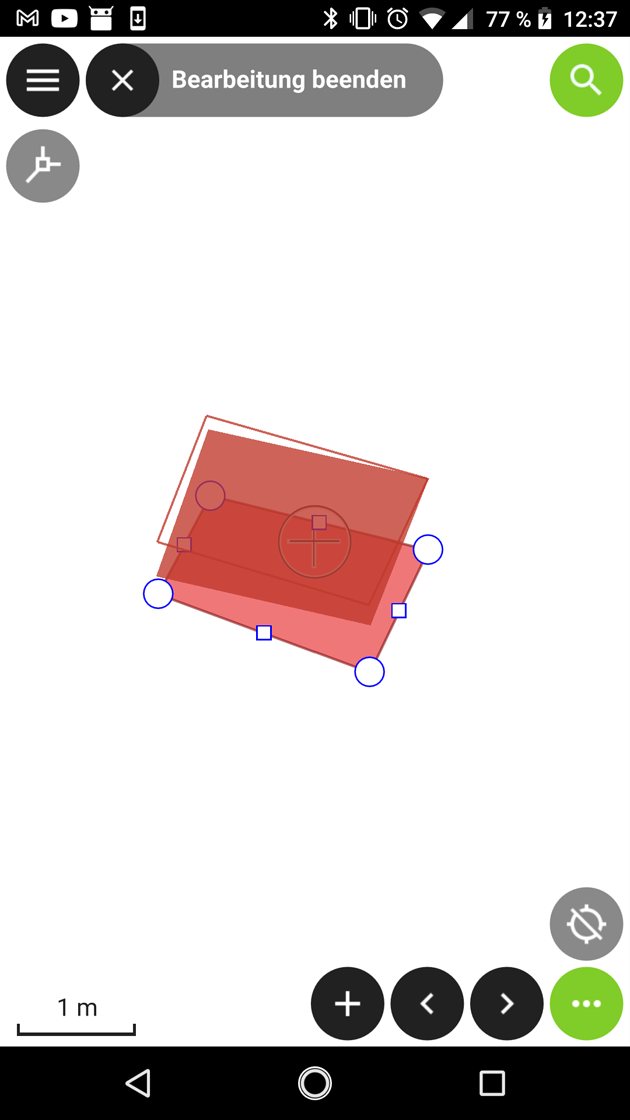 2
Use QGIS or QField with a GPS physically walk a polygon in the field
2
Online Editing in QField (multi-user environment)
4
QGIS crashes when packaging QGIS Project for export to QField
2
Difference in QField Sync's offline editing vs. copy & replace