The problem, I was using the same color, let's say '#94AFDCff', it should return the same color as '#94AFDC' in #RRGGBB format, yet the color that is rendered is fully different. I cannot seem to find out why. Could anyone help?

The code is simple, it is used in symbol, as a condition of fill colors of circles.

How are these 2 so different?? The hex color returns pink result for "Cat_Num" = 8 THEN '#CCCC0066' (the bigger circle). The smaller circle, which should return purplish, became greenish... Did I make a mistake? 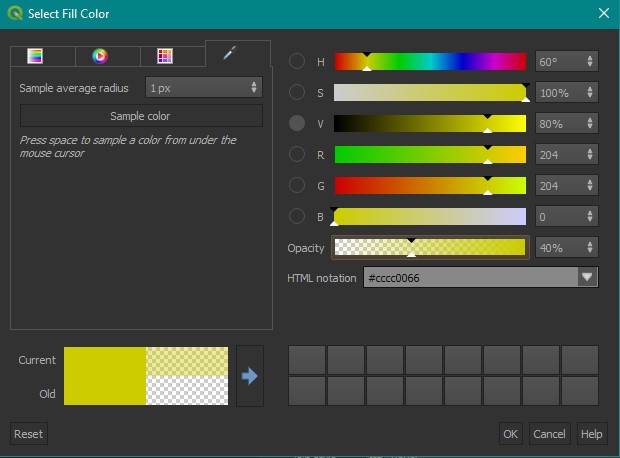 Browse other questions tagged qgis expression color transparency or ask your own question.