Does anybody know a trick to create an antipodes map with QGIS?

I did not find any shapefile with the inverted world in the net, so I guess I will have to play with the projection, which is a very complicated issue.

To create the antipode of any point in QGIS, you have to switch it's coordinates using this expression:

Remark: See at the bottom of this answer for an explanation of the formula.

If you just want to dynamically create the antipode of any place you click on the map canvas, create a new point layer (be sure to have the CRS in EPSG:4326 for WGS84 projection), add a new Symbol Layer / Geometry generator / Geometry type: Points and paste the expression from above.

For any shape (line, polygon) you can extract the vertices and than apply this expression to get the "antipode shape" of your input by re-connecting the points.

To create a whole world antipodes map, here is a little bit more detailed description (see the steps on the next screenshot): 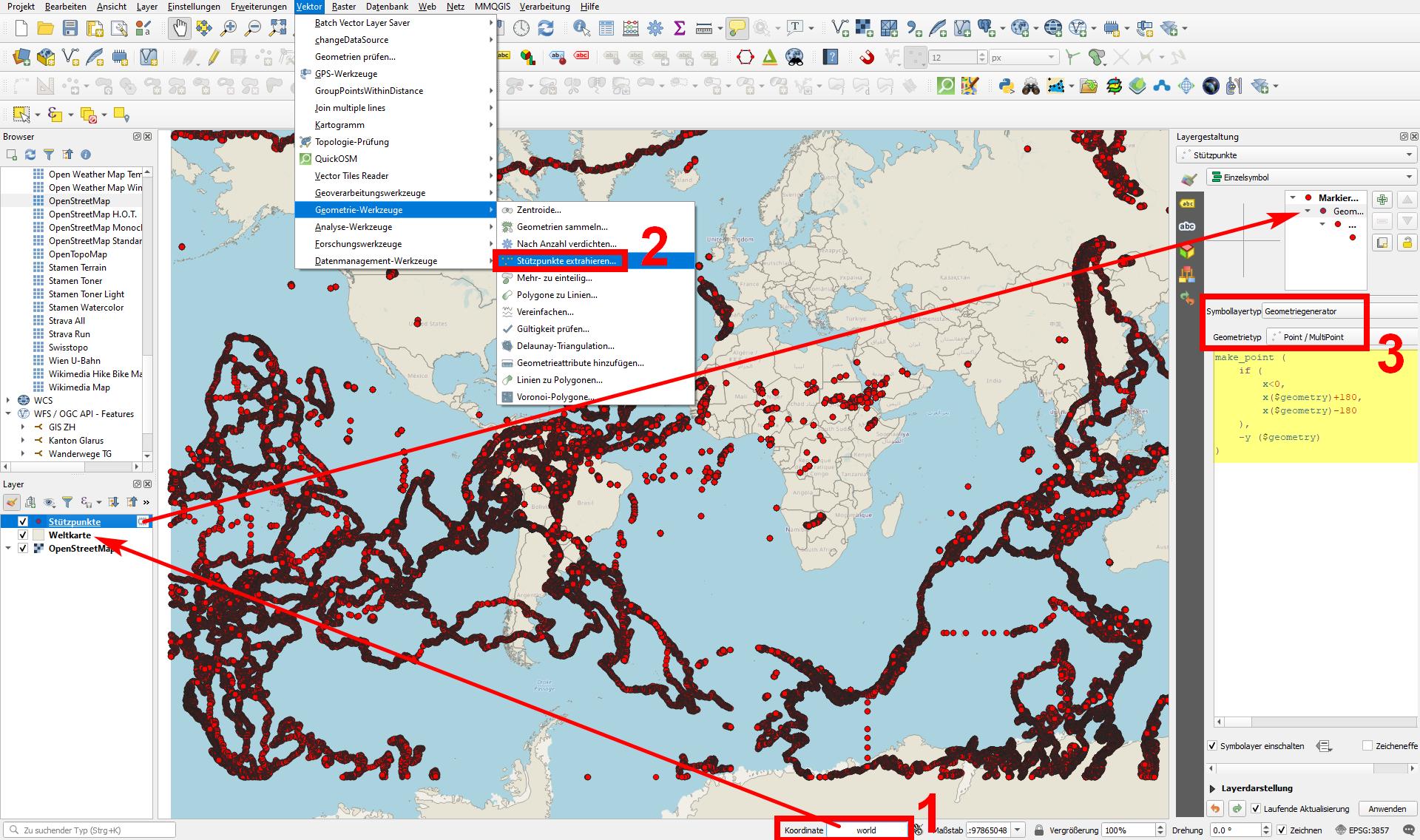 What you get is the antipodes map you see on the next screenshot where I also added OpenStreetMap as additional basemap. The antipodes consist of vertices (red dots) - you could create lines and from these polygons again if you wish: Australia is on the Central Atlantic; Africa in the Central Pacific; India and Central Asia on the Southern Pacific (west of Southern America); North America on the Southern Indian Ocean; New Zealand over the Iberian Peninsula; South America stretching from Indonesia to China, Mongolia until eastern Siberia; and many small islands of the Pacific are dispersed all over Africa:

The formula to switch coordinates

The formula is simple:

That's what the expression above does.

Not the answer you're looking for? Browse other questions tagged qgis coordinate-system expression geometry-generator or ask your own question.

9
World map projection with United States in center
4
Using QGis for an imaginary plane world
1
How can I find an OSGB six-digit code's bounding box?
4
How do I make equidistant circles covering the whole globe in QGIS?
6
Creating Direction data in QGIS between two layers?
2
QGIS variable cardinal buffering of points