I am trying to use the Set Z Value algorithm in QGIS Graphical Modeler. More specifically, I would like to set the elevations using values contained in a field in the input layer, but the elevations are not getting passed to the output.

I have tried connecting things as described in this post: Using Set Z-Values in QGIS Processing Modeler, but Modeler is not passing any elevations to the output.

I have created the [Vector Layer] and [Vector Field] inputs as shown in the post.

In the [Set Z value] algorithm dialog, I have tried:

When I run the model, it prompts me to select the appropriate elevation field, which I do. The model runs and produces a result, but the result is not elevated. Any thoughts? 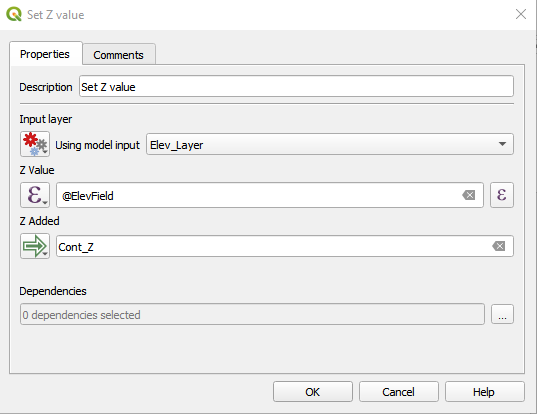 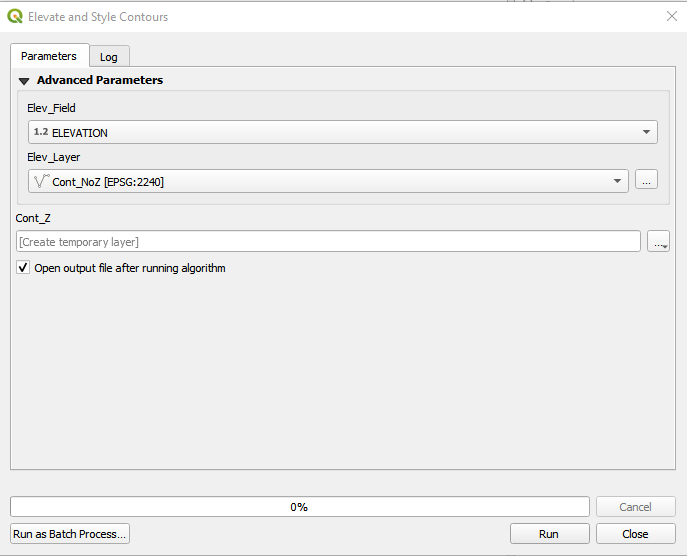 In the Z value setting of the Set Z Value algorithm, set a Value (instead of a Pre-calculated Value).