I am testing different tree crown drawing options in QGIS. At the moment, I have found this option to be the most suitable for me.

Problem is that uneven crowns look very good, but even crowns look like rounded squares. I would like lines to curve a bit. Right now they are straight. I understand how generator draws them, but not enough to make it work like I would like. Info from the code author and how it works. Look for Solution 3. 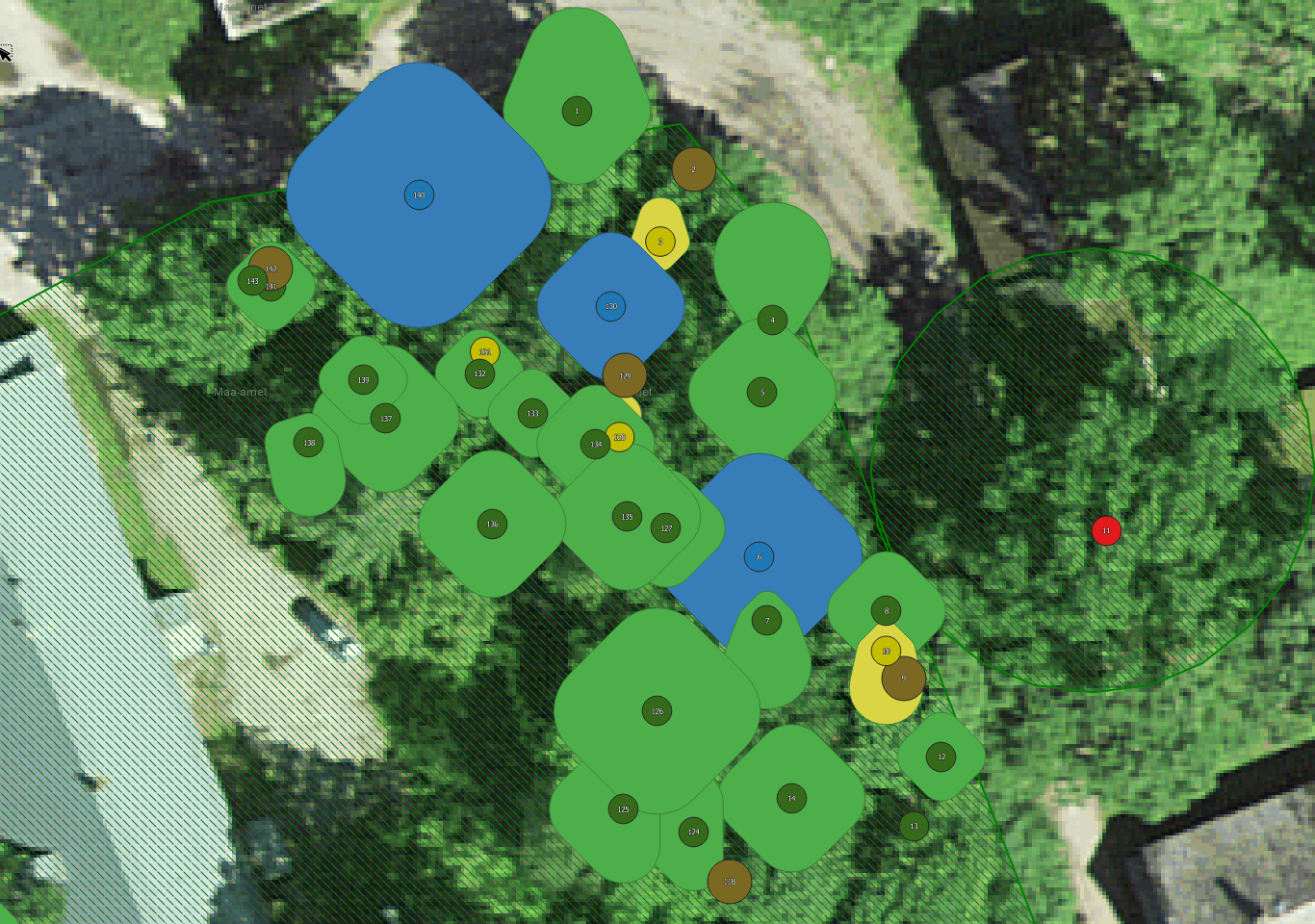 Here is a very simple approach: Just add some randomness using rand() in your denominator:

You may want to adjust the randmin (here 1) and randmax (here 3) argument in the first line, used as variables.

Here is an example result (I used 1 degree for west, east, north and south variable, it's in EPSG:4326 around the globe, thats why the northern ones are overly stretched):

I have also tried using an approach with point_on_surface() within a buffer of your convex hull outline as new vertex points of a polygon to make it more irregular. But seems like these point_on_surface() points aren't random. At least within my testings they got placed at the same location every time... Maybe I can get a result with some more testing. Update: got it working when including rand() here as well, but the result isnt really better than with this simple approach above, just takes a lot more computation...

Use smooth(geometry, n), where geometry is the expression you use to create your polygons and n is an arbitrary value: try different setting, what fits best your needs. n is optional, you could also use just smooth(geometry).

See the screenshot: The blue polygon is the smoothed version of the original (black line, here I used $geometry to smooth the current feature):