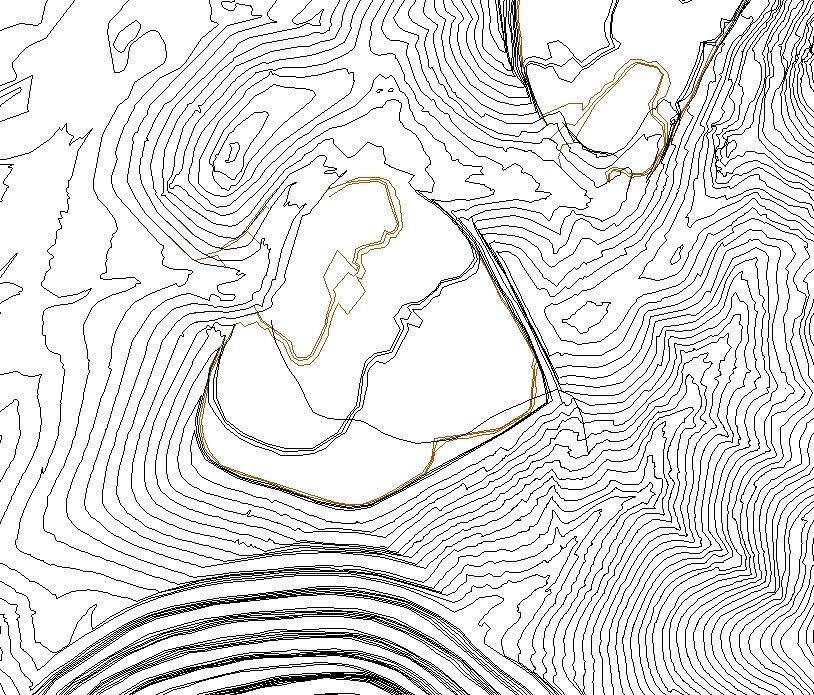 I am trying to create a polyline shapefile from two overlapping polylines that contains only the different line segments between the two original polyline files. The two files are nearly identical except one file contains line segments that the other does not. I want to be able to preserve those differing line segments in a new shapefile.

I have tried merging the two files and then use the desired polyline file as a clipping mask but it has not produced the desired results. Clipping seems to remove the desired data rather than preserve it.

The above picture shows brown polylines that are desired. The brown polylines also include line segments that lie directly beneath the black polylines. Essentially I want a shapefile of the difference between these two polyline files.

In your case, the dataset with the extra linework would be your input feature, and the erase feature would be your other dataset.

Not the answer you're looking for? Browse other questions tagged arcgis-desktop line clip or ask your own question.