I have two feature classes that I have spatially joined using the spatial relator. There are two city fields in this new feature. For the sake of the example, we can refer to them as Cities A and Cities B. Some values are null in both fields, however the Cities A is more accurate.

How do I combine Cities A and Cities B into a new field with priority given to Cities A, assuming it is not null. i.e. if Cities A is null and Cities B has a value, we use Cities B. If Cities A and B both have values for a feature, then only Cities A would be used.

In FME that process you are speaking of is actually easier to imagine in the sense of a conditional value rather than a weighted value. The easiest way to accomplish this is through the attribute manager, let me show you.

We use an attribute manager with a conditional statement to create and populate the third field, resulting in this output:

Screenshot of how to access Conditional Value Dialogue Box: 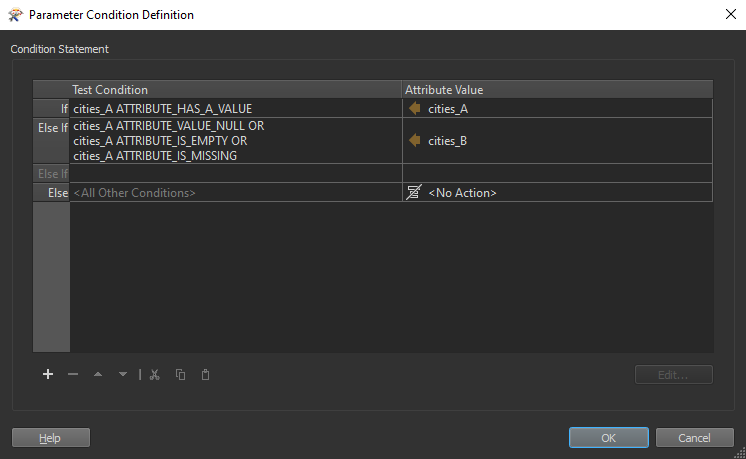 Not the answer you're looking for? Browse other questions tagged fme fme-transformer or ask your own question.