Methods for burning depressions (not rivers) in a DEM

I am using a 2x2m DEM to simulate runoff on a 2D hydrodynamic model. After a baseline simulation, I am interested in evaluating the impact of adding depressions in specific areas that may work as small catching basins that accumulate surface runoff. See for example the photo below showing a flooded street near a park, and its DEM: 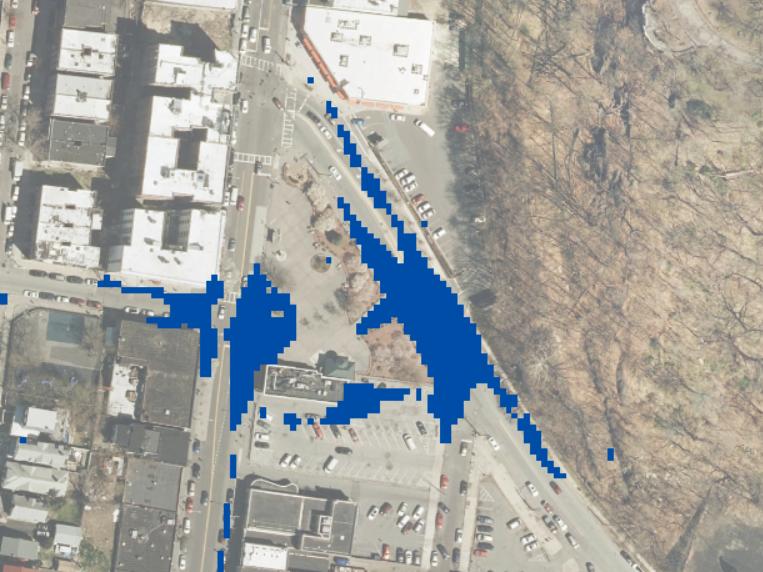 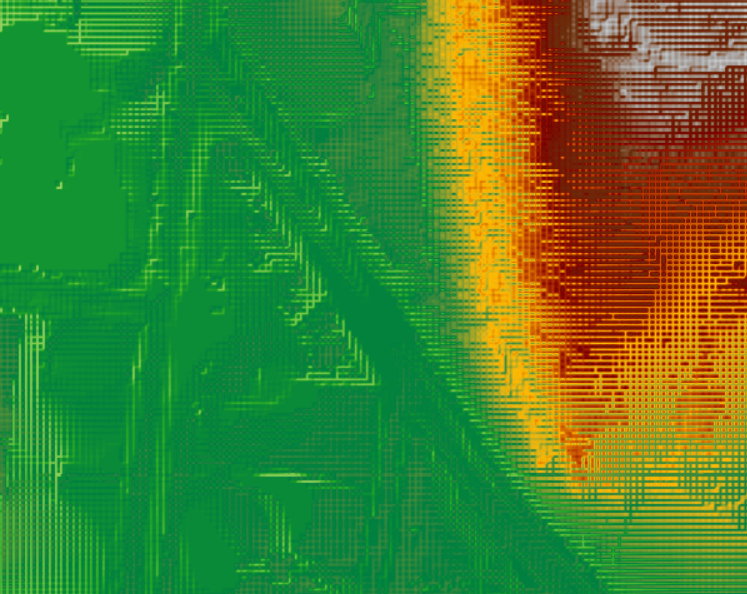 What I would like to do, is to carve a depression so that the park in the intersection acts as a catchment of the water that has accumulated on the roads. A quick and dirty approach would be to digitize the park's boundaries, convert it to a raster with a flat, constant value, and then use that value to substract it from the original DEM. However, this would mean that the park's topography gets lowered, but remains in shape (e.g. the raised tree pits on the Northeast that block water would be lower, but still exist).

In addition, just lowering the park's limits could mean that water does not accumulate in the new depression if the slope on the roads does not lead to it, so I infer that I should make small alterations on the roads' DEM area in order to redirect flow towards the central part of the park.

Acknowledging that DEM manipulation can be tricky, I am unsure how to approach this. regarding issue #1 (flattening the park before lowering it to create the depression) I think I could just create a raster and calculate the difference between each cell's value and the area's minimum. This way i would remove the park's topography.

Regarding issue #2 (how to make small, suddle alterations on the surrounding area in order to direct flow towards the new basin) I am completely clueless on how to operate in an efficient manner. Is there a method / tool that could be used to, for example, convert a step into a contiguous slope? (see diagrams)

I am working coordinately on ArcGIS and R, so solutions that use any of these options / combine them are welcome. 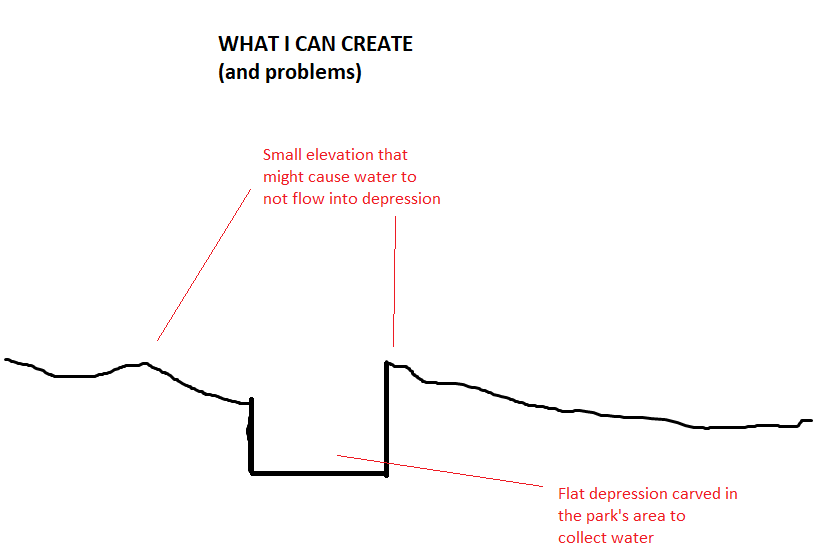 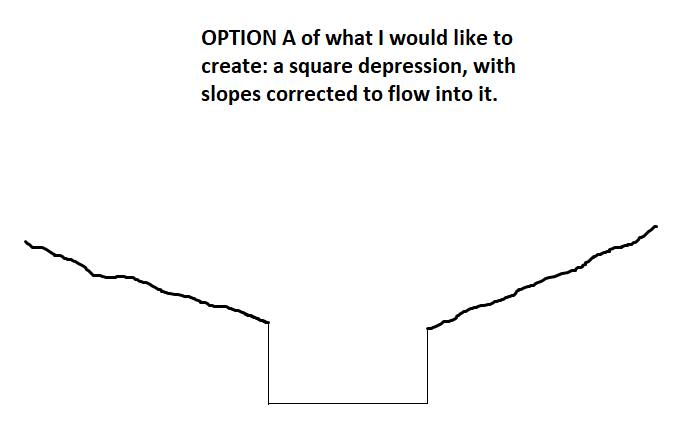 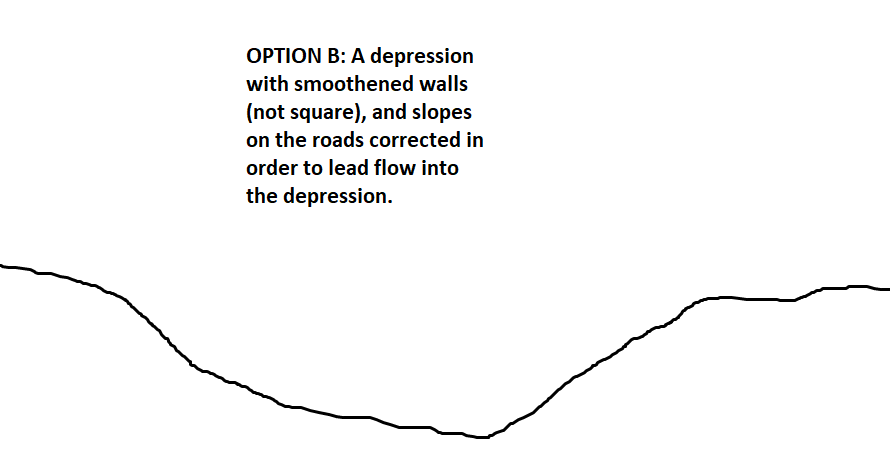 I made a tool for ArcGIS Desktop many years ago that may be able to help you. It's probably not very efficient because I wrote it before I had a lot of experience in scripting. But it is quite customizable and allows you to add "smooth" depressions while also specifying exactly how "smooth" they should be via a mathematical function. There is a short paper explaining how it works in the repo:

Not the answer you're looking for? Browse other questions tagged arcgis-desktop r dem hydrology hydrography or ask your own question.

19
Account for bridge overpasses in a ground DEM to allow for water flow under the overpass
6
Interactively determining upslope and downslope areas on DEM?
4
How is "Burn Stream Slope" in ArcHydro working?
1
Burning an open channel in DEM
1
Figuring downhill gradient slope to riparian area on ArcGIS 10.5
1
Create line feature from aspect value in ArcGIS
0
Incorrect creation of flow direction raster from interpolated DTM in ArcGIS