I have a large raster stream network (excerpt below) in QGIS that has been thinned using r.thin (light blue squares) and then vectorised using r.to.vect (pink lines). However, because some of the streams are close together, there are extra unwanted lines (in yellow) that are created as part of the vectorisation process. 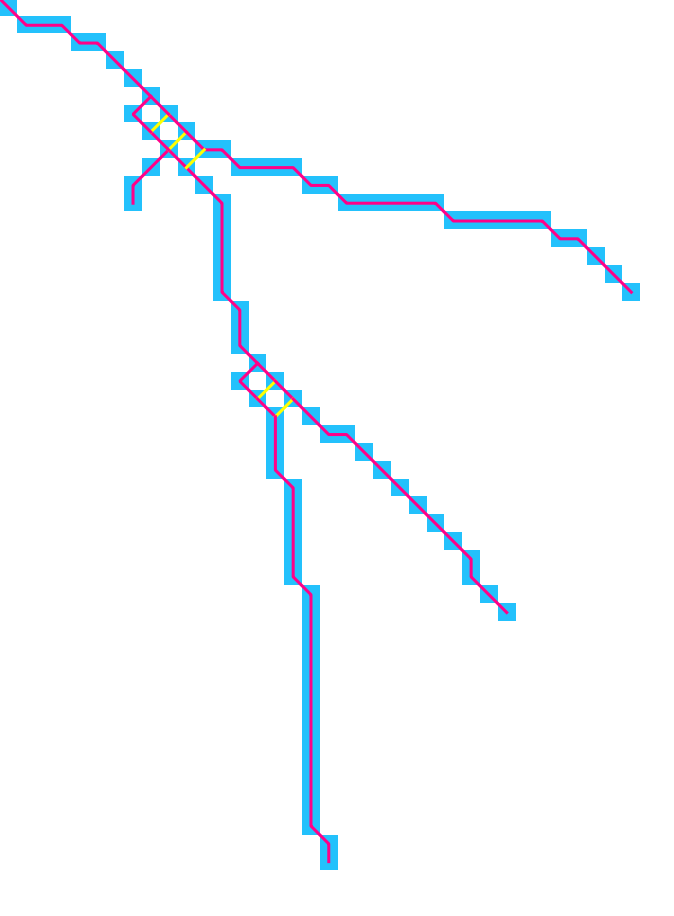 Is there a process for removing these yellow lines without affecting the rest of the network?

Ideally there might be a process that only involves using the vector layer itself. However, if that's not possible, it could involve the use of one of the underlying raster layers that was used to derive the stream network (eg hydrologically controlled DEM or D8 flow accumulation raster).

EDIT: the thinning process removes some cells from the raster that are part of the drainage channels (think of a T-intersection for example - the head of the T is removed, making the intersection a Y). So using the DEM to determine line direction is not accurate, because the "downhill" end of the line may be higher than the "uphill" end.

I'm documenting the steps below in case this is approach useful to someone. Unfortunately there is a fundamental assumption around the data in the question that makes this approach fail for me. See edit above.

The approach below may deal with the examples in the screenshot, which probably make up the majority of the problems in a thinned stream model. However, there are other types of loops that can appear that may need a different approach.

Not the answer you're looking for? Browse other questions tagged qgis network vectorization stream or ask your own question.