Having the symbology itself as transparent (which does export as vectors correctly), however, creates the effect of multiplying, increasing when elements overlap – up to a point where they no longer look transparent:

This is in stark contrast to having the layer itself as transparent, as below:

Unfortunately, however, this does not export as vectors. Is there a way to turn off multiplying of symbology transparency, getting the same effect as if the whole layer is transparent, in order to be able to export uniformed transparency as vectors?

If you export to geopdf then it won't force the layer to be rasterized as a result of layer-wide transparency or blending modes.

You can achieve some kind of transparency effect using Blending modes - see documentation. You have to set blending mode for the layer, not the feature. You can experiment with the different options - in the following example, I used multipy, but also darker would give good results: 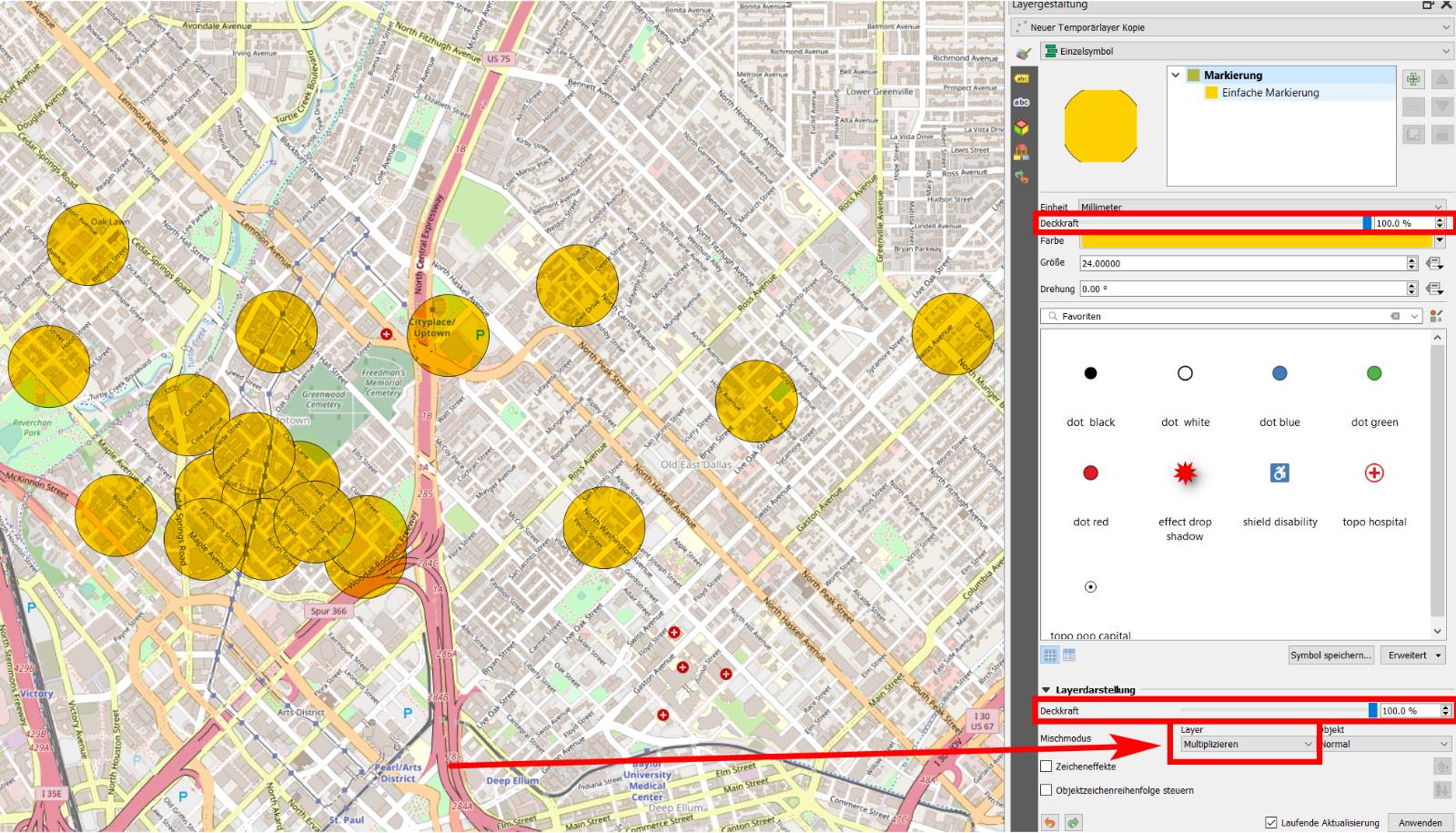 Not the answer you're looking for? Browse other questions tagged qgis vector export transparency opacity or ask your own question.