I think it is similar to this problem where a solution is provided but in arcpy which I am not yet into! (https://community.esri.com/t5/python-questions/join-multiple-tables-to-multiple-feature-classes-arcpy/td-p/181549/page/2) I experimented with lists, batch function and iterators but could not find a solution. The batch function seemed suitable, but it seems only to work with one list and the counterpart must be a single feature class/table as far as I could see. I will show pictures of what from my point of view might be the closest solution but isn't working anyways. I thought I might iterate through the tables and the feature classes (one iteration in a submodel).

Or will this model try to combine every table with every feature class in my workspaces? 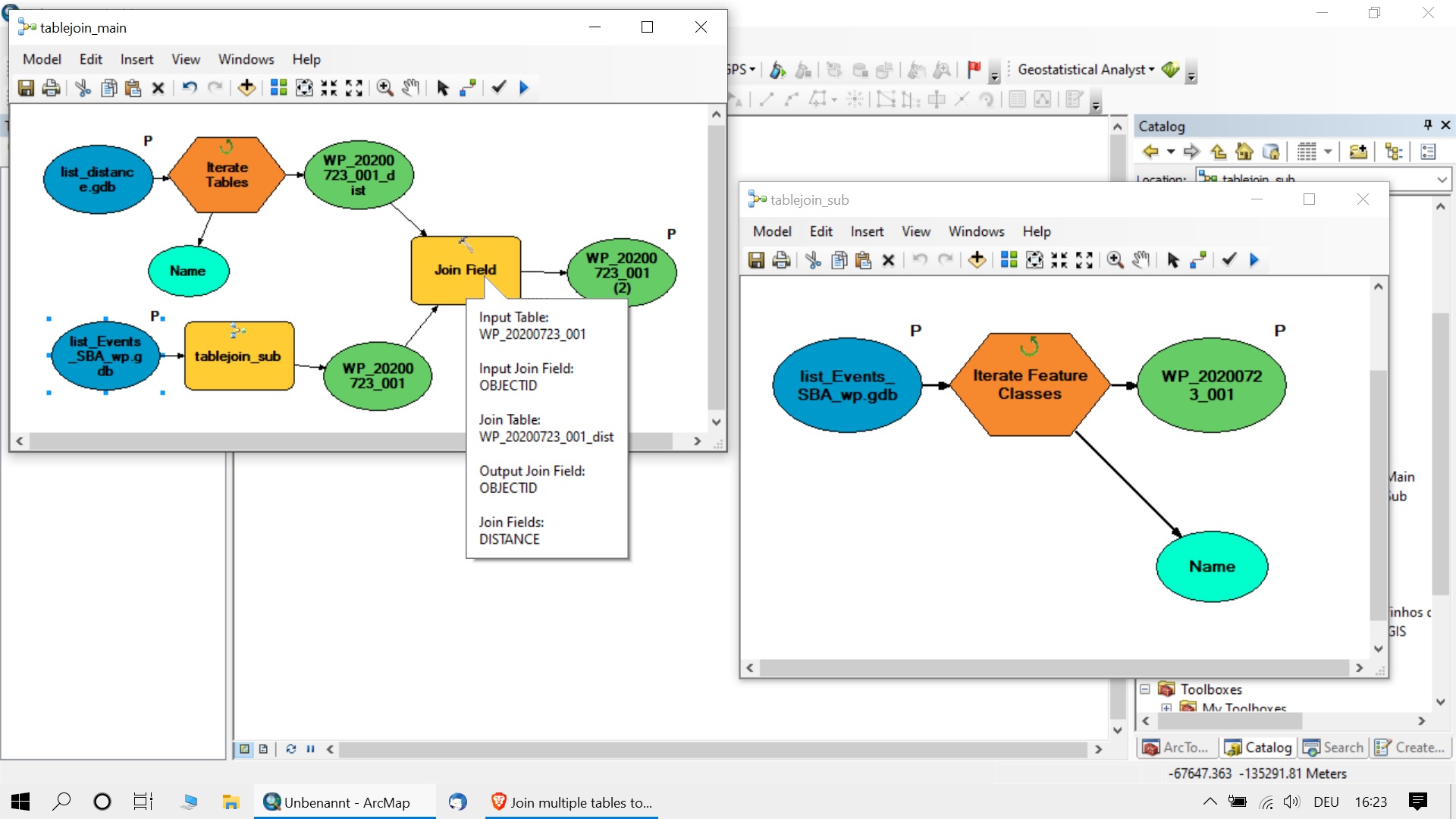 Edit: I tried a solution in arcpy. I runned it in ArcMap 10.7 python console. So I think it is using Python 2.7. (this is why I changed the f' strings from the solution in the link above [only available from Pyhton 3?] to "%" for inline variable substitution).The script runs but joins all tables to the last feature class in the list:

I find ModelBuilder not suitable for this type of processing and is done much easier with a Python script. That said and as you appear to be seeking a ModelBuilder solution, you say you have a 1 to 1 numeric match between table and featureclass.

Explore using a single model driven by a FOR iterator this will create your 1,2,3... and using inline variable substitution you can build the paths to you tables\featureclasses and join them.

I got it finally in arcpy: (see also: https://community.esri.com/t5/python-questions/join-multiple-tables-to-multiple-feature-classes-arcpy/m-p/1031637#M60171)

Not the answer you're looking for? Browse other questions tagged arcgis-desktop arcmap modelbuilder attribute-joins iterator or ask your own question.