I am trying to plot interactive maps at the NUTS3 level. Initially I was using shapefiles that I constructed myself for the data in QGIS, however, when I tried to use them in R they rendered poorly with lines or even entire polygons being warped out of place/shape. I then tried using the shapefiles provided by Eurostat directly (which my shapefiles were large based off of) using the Eurostat package, however, when I plot the map there are still lines/polygons that are being warped out of position (different ones from those of my original shapefiles, however).

I have what I believe should be a reproducible example showcasing the issue below:

I understand that the 'order' variable is important and have made sure it is correctly sorted, but the issue persists.

How can I make the plot geographically correct?

If I need to use a different source for the shapefile that is fine as long as it is accurate. 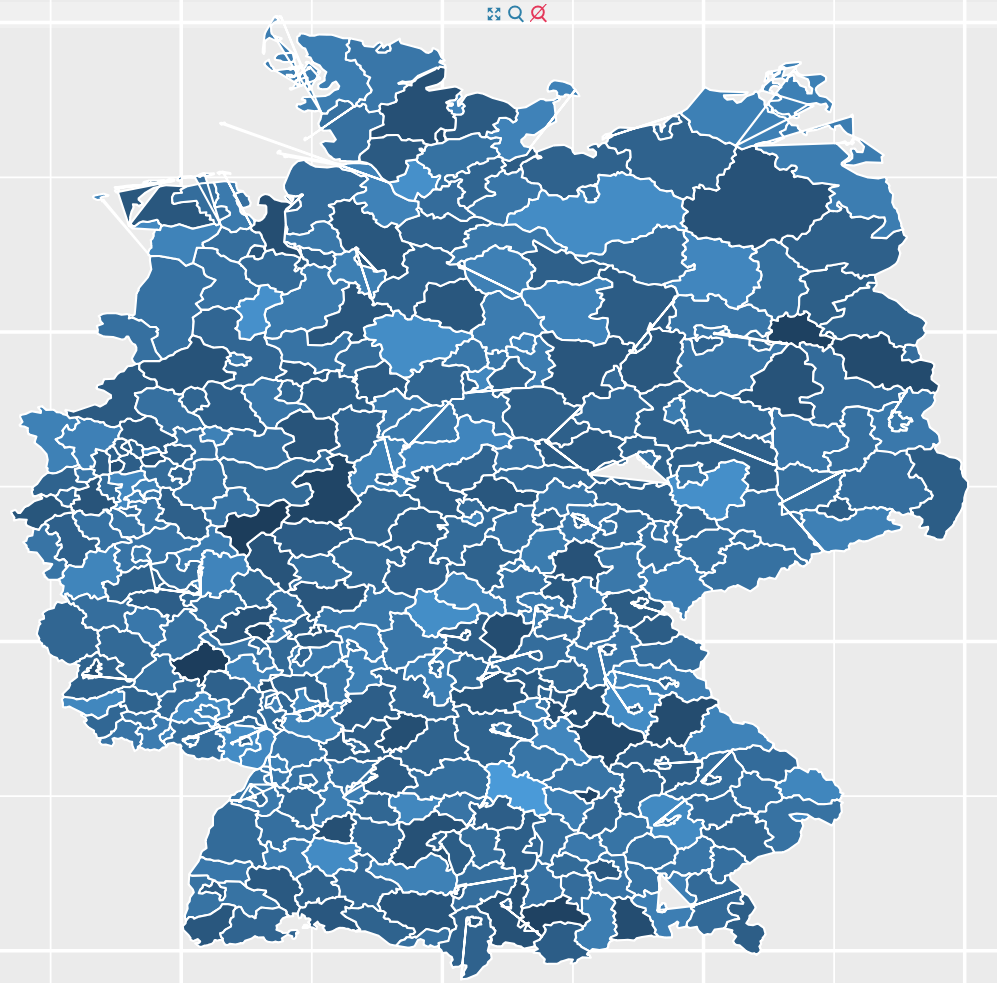 I managed to figure out the simple mistake I was making. I was grouping the polygons by the same unique ID that my data refers to. However, many of the polygons are disconnected or even just constructed in multiple pieces, these disconnects are identified by a different sub-group in the data frame and when I group by that variable it fixes the aesthetic issue.

Edited code with desired output below:

Not the answer you're looking for? Browse other questions tagged r rgdal ggplot2 or ask your own question.