I am trying to divide irregularly shaped polygons at specific points. I don't have any fields that inform the angle at which the polygons should be divided.

I am using Create Thiessen Polygons which generally wants to build a polygon around a point, such that it is centered, rather than with the point at the edge.

Is there a way to force the polygons to be shifted such that they are along the points? Is there a different tool I should use? I have sketches below of input, current output, and desired output. (And the next step is to intersect the base polygon with the output Thiessen polygons; that is the final answer, but I have left it out here because it is a simple step.)

This is related to ArcGIS force Thiessen polygons to be larger or alternative tool?, but this is a new/separate question because of the shifting vs. centering issue. 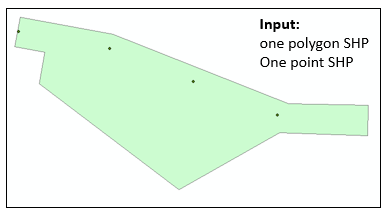 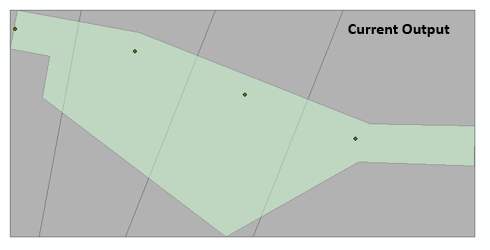 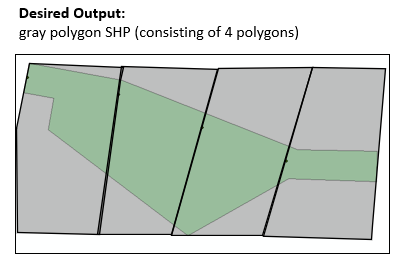 Hard to understand what you want, this is how I see it (similar to @Michael Stimson. Create polygon outlines, and generate near table. Add 2 more columns (highlighted in a picture below):

Calculate coordinates of point 'opposite' to nearest with big enough distance. This is how I computed OPP_X:

Construct lines from above table (XY to line) using near and opposite pairs and IN_FID as line ID. 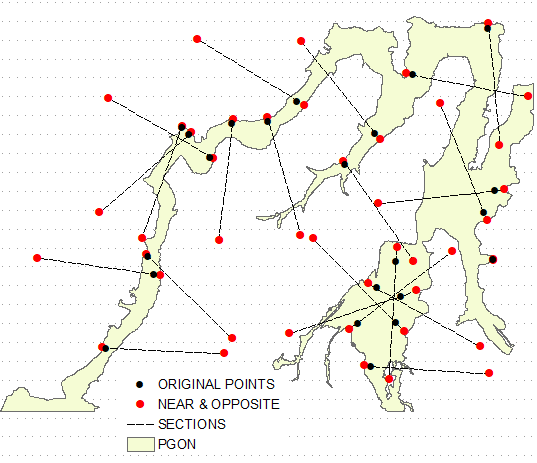 I ended up making a polyline out of the points, splitting the polyline at each point, and getting the midpoint of each split polyline. Then I did the Thiessen polygons on the midpoints. 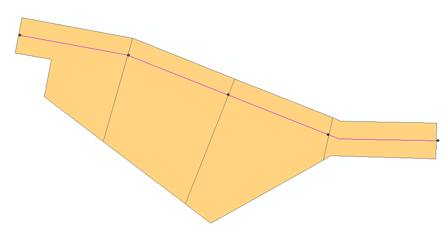 Not the answer you're looking for? Browse other questions tagged arcpy arcmap voronoi-thiessen arcgis-10.7 or ask your own question.