What is the difference between Feature Symbology and Symbol Layer Symbology in QGIS? How to save symbology when exporting a point layer to .tab format

What is the difference between those two variants of symbology export. I tried to export a point layer from QGIS to .tab format using both of them. "MapInfo Cartographic" True Type Font .ttf was used for symbology. The same font is used in MapInfo too. 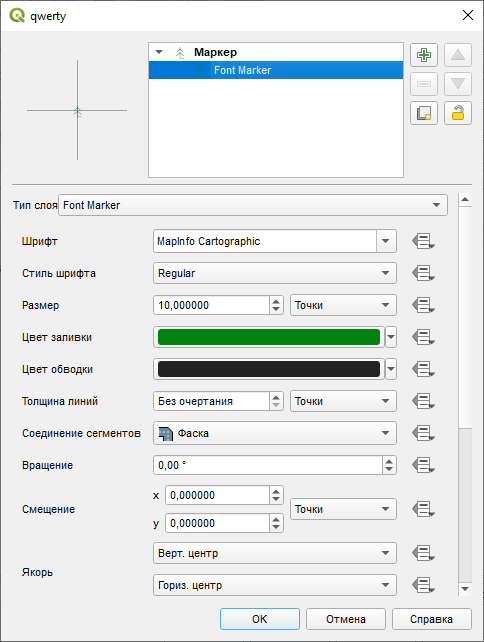 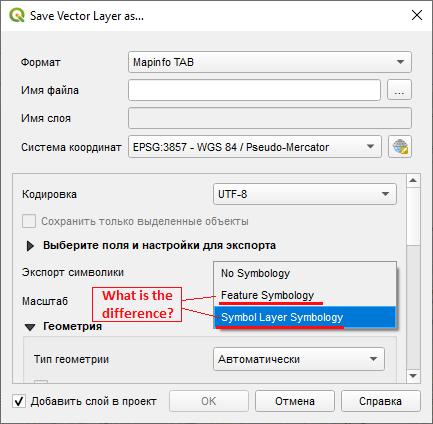 But none of those two variants are successful. Why can't I export a layer with symbology? And what is the difference between "Feature Symbology" and "Symbol Layer Symbology" options? (see the above picture)

This is what the Swiss QGIS user group (Link to relevant page) says about similar export option about DXF, I assume the same logic apply to MapInfo TAB export :

Not the answer you're looking for? Browse other questions tagged qgis point symbology export tab or ask your own question.

1
save style to mapinfo Tab file in QGIS

8
Removing border of symbol in QGIS?
3
Exporting BNG coordinates from MapInfo (27700) without rounding
0
Classifying counties to color bottom / top 25% in area using ArcMap?
1
Export picture marker symbol in legend in ArcGIS
5
Letters change when saving tab into shp in QGIS
4
Can not open shapefiles from QGIS 2.18 in MapInfo 16.0, projection was missing
1
Ordnance Survey MasterMap Symbols not appearing properly styled on QGIS
2
Difference between Priority in the Positioning dialog and Z-Index in the Rendering dialog in QGIS
5
QGIS 3.16+ transparency layer export to pdf not working