I have a layer representing hydraulic network and I would like to merge the lines when they are connected to each other at their start/end vertex.

In the picture below , I merged the lines manually by selecting the lines and using the tool 'Merge selected feature'. I would like to generalise the process to integrate it in a model builder. 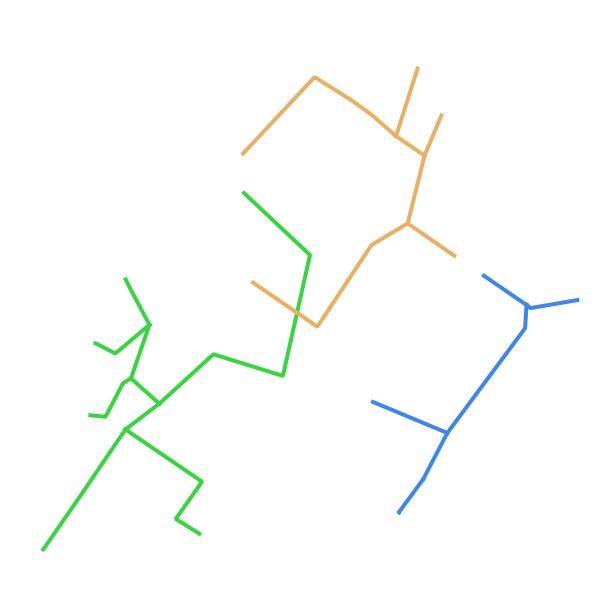 I tried using 'Dissolve' then 'Multipart to singlepart' but this is not working. When lines have multiple branches, each of them becomes a new feature after splitting to singlepart (as in the picture in this thread)

I tried to create a dissolved buffer that would except when lines overlap but no success.

You can use the algorithm Service area (from layer):

Screenshot 1: This is my original hydraulic_network layer - the separate lines are in different colors and labeled by numbers. To make it clear where the lines start/end, I added the big white dots. The small red dots are the vertices created in step 1: 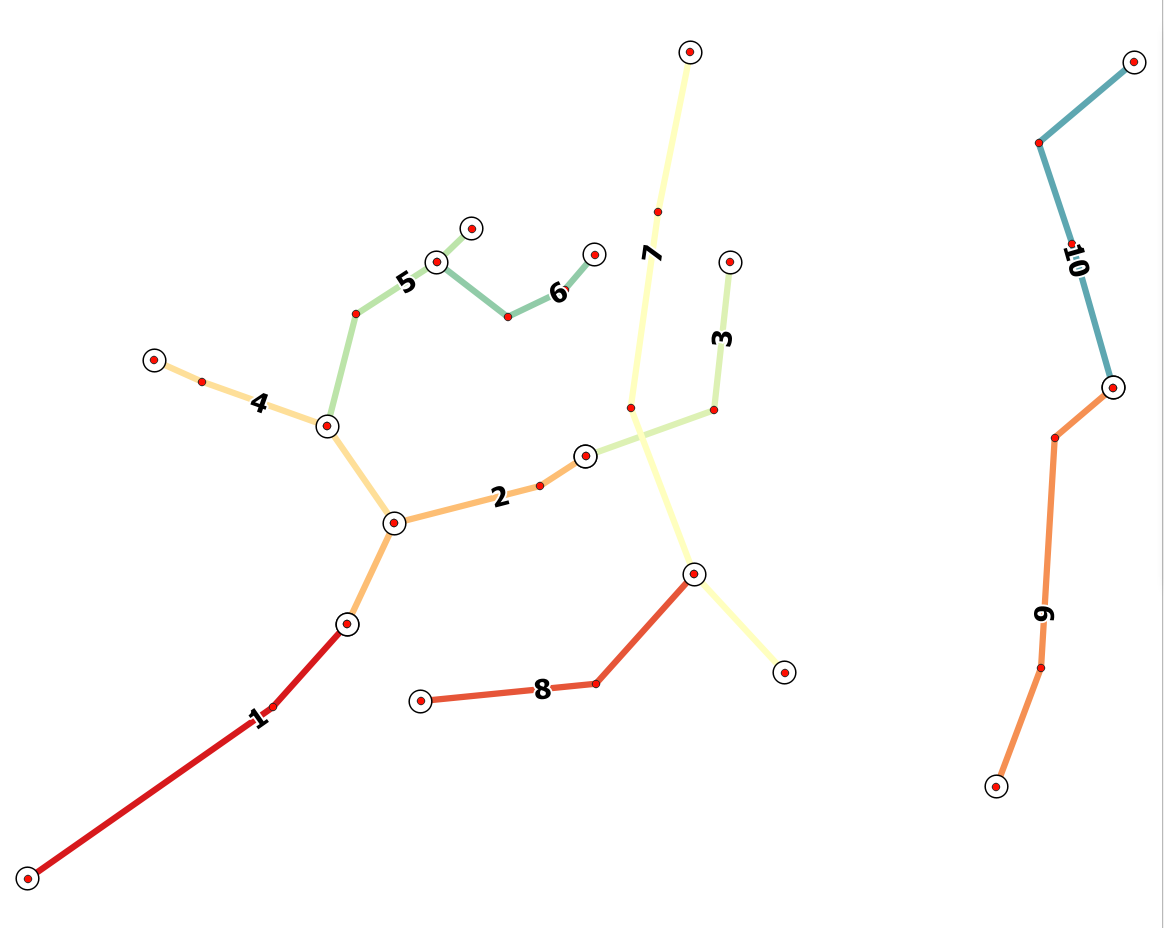 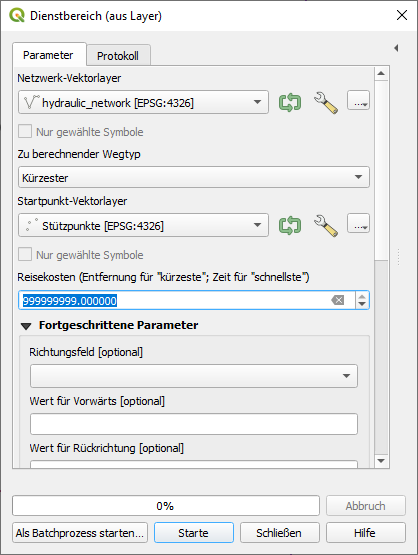 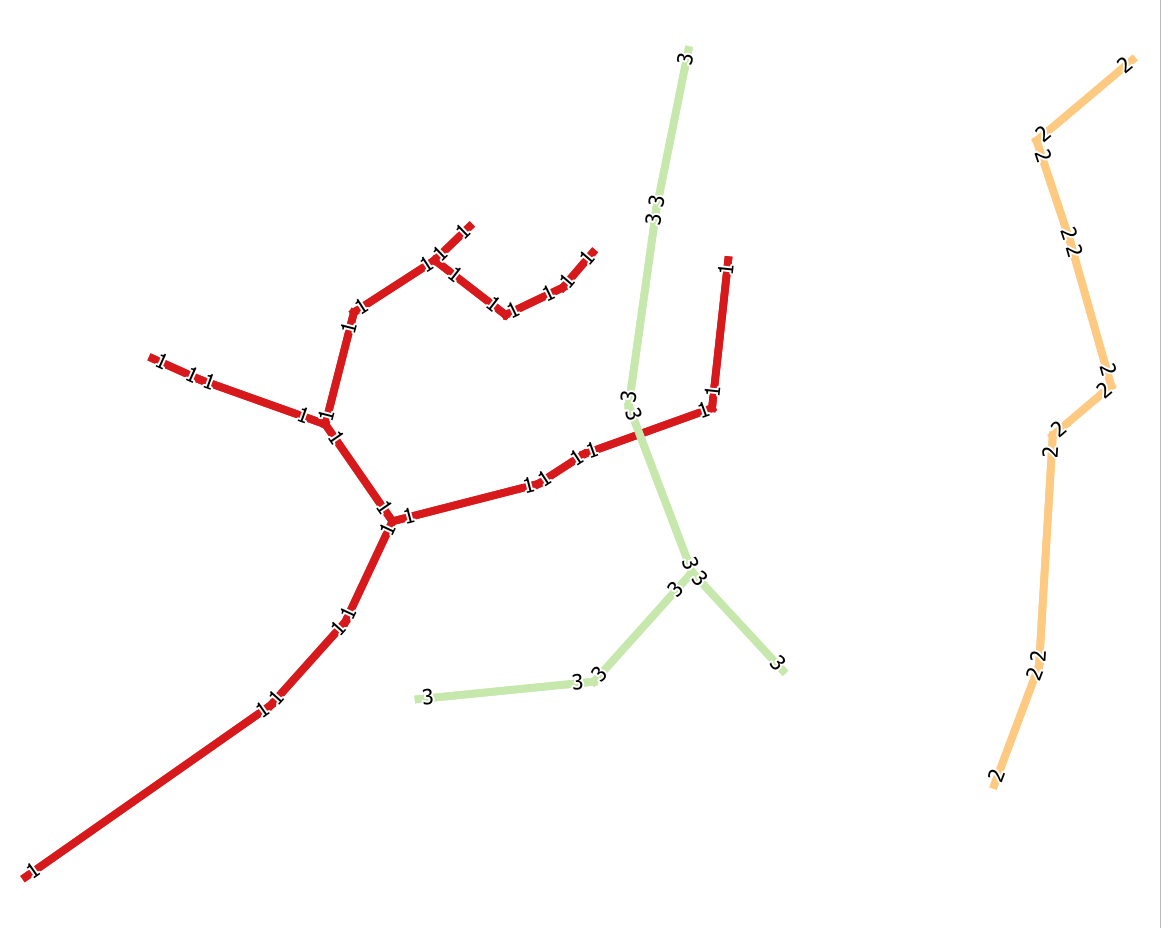 Not the answer you're looking for? Browse other questions tagged qgis qgis-3 line merge polyline-creation or ask your own question.