Working under QGIS 3.16.4 and using the Modeler, I would like to create buffers for a polygons layer.

The polygons layer includes the buffer size as an attribute (e.g. "BUFFER_M") resulting from the field calculator (a previous step in the model).

Although I specified the polygons layer as the Input layer (Using algorithm output), there is no fields available (NULL) in the Expression Dialog.

I tried to fix the Distance with the expected BUFFER_M field as following: Pre-calculated Value > "BUFFER_M" in the Expression Dialog with no success.

All other steps in the model worked well but the buffers layer was generated with a Distance default value of 10,00 m.

Any ideas on how to specify the buffer size (Distance parameter) based on a field attribute of the input layer (vector layer)?

NB: the same problem when done manually as well (generated buffer of 10,00 m), however in this case the "BUFFER_M" field was available in the Expression Dialog.

In the Buffer Distance field, please write the name of your field, that defines the buffer size. 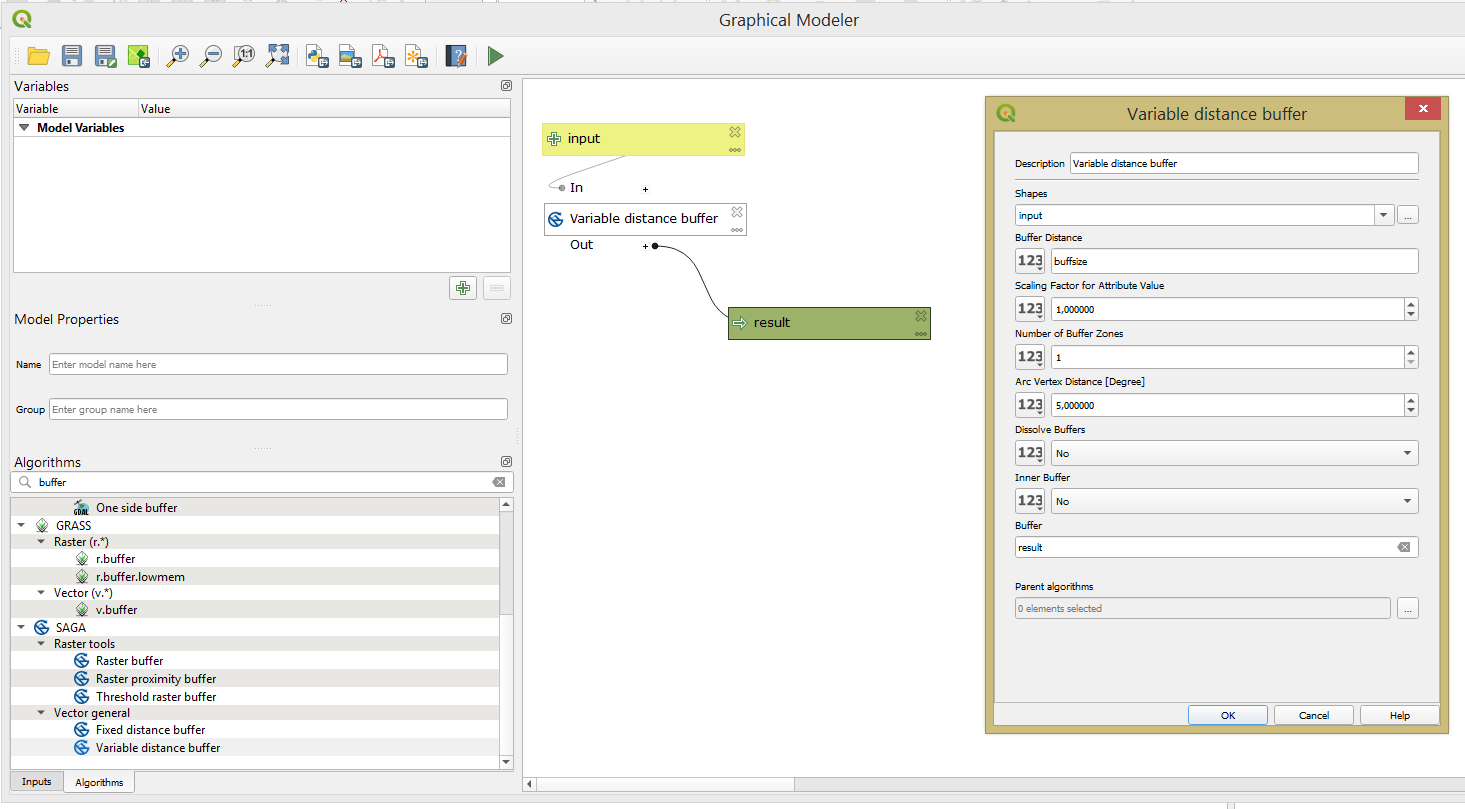 3
How can I refer to a model variable in a Field Calculator or Pyculator formula?
2
Creating Buffer from field in Attribute table
3
QGIS Model Designer - Select by Attribute with Multiple Field Parameters
5
Using Set Z Value in QGIS Graphical Modeler - Modeler not passing elevations from field
2
Using vector field for buffer model in QGIS Modeler
1
Buffer by field value in the processing modeler in QGIS
7
Refering to the input-layer of a QGIS model in field calculator expression
2
Syntax for specifying a parameter input from an attribute field in QGIS model designer