Getting forest area (km2) of a region after the classification by RF considering the >10% tree cover and 0.5Ha?

I would like to know if it is possible to compute the area class (forest class) of each of them considering the forest definition >10% of tree cover and 0.5Ha. I have tried to write the script but I got 0 km2 for all of them as a result (see script below).

I am still a beginner in GEE.

Here is the code: https://code.earthengine.google.com/?scriptPath=users%2Frorohambi%2FRo20%3AManakara_sorona

On the other hand, all images that you use for determining area (in ha because you divide by 10,000; not by 1,000,000 for obtaining km2) are empty because your conditions in these binary images do not work (they have not sense).

Following code snippet corroborates the obtaining of a scale different of 30 for Forest0 image (.gte(cc) condition in this image has not sense because unmasked value is 1 and cc is equal 10 so, obvious result is false and an empty image). However, in Forest0 image it can be obtained an area value; it is exemplified as follows.

As your aoi area was not adequately retrieved in your script, I assumed one rounded your points. Complete code is here. Following image has some relevant results of running the script in GEE console editor. However, you have to find an approach where scale is preserved. 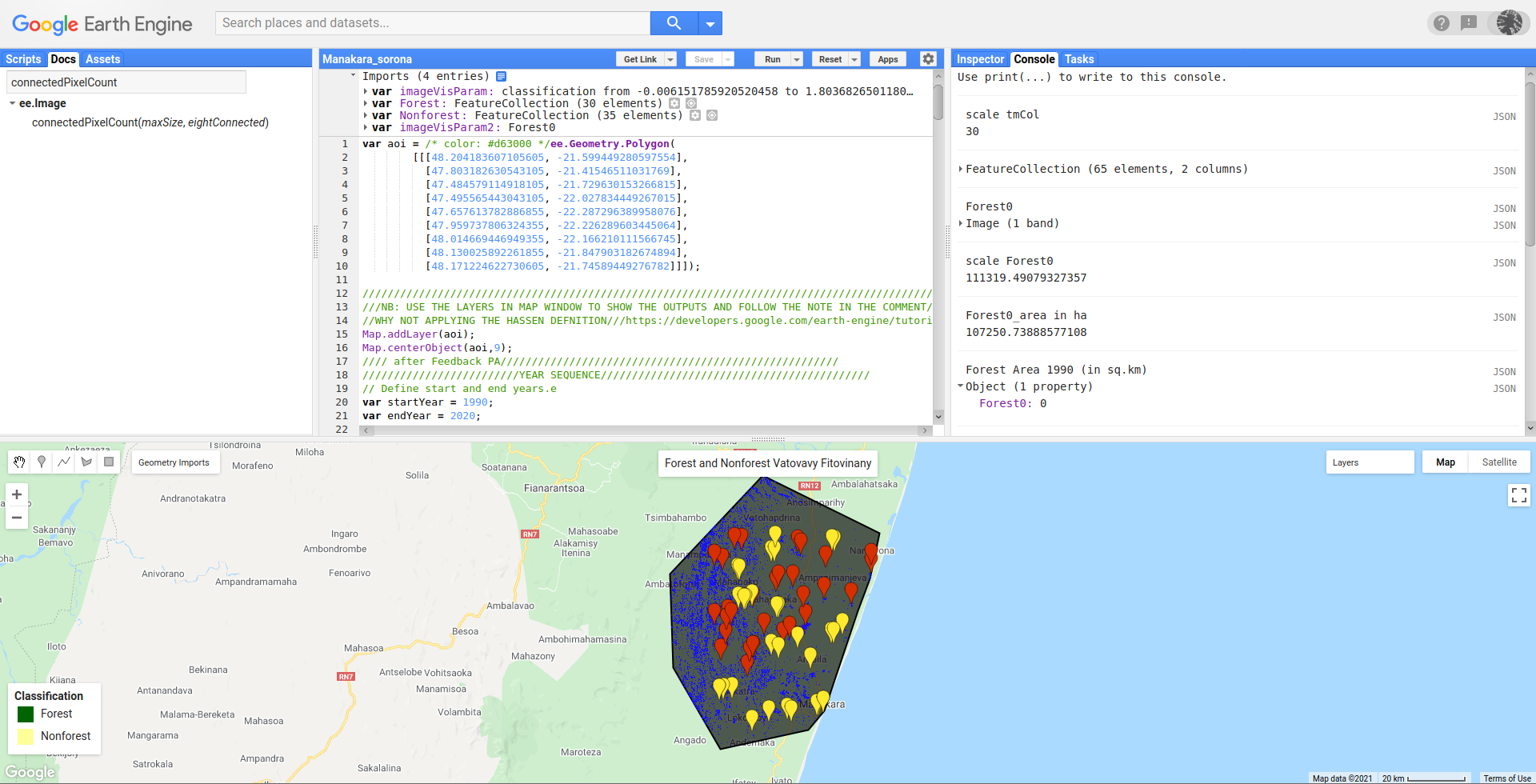 Not the answer you're looking for? Browse other questions tagged google-earth-engine javascript classification random-forest or ask your own question.