I am a little lost. I have a stars object where I would like to use the first attribute and map it to the scale_fill*-function in ggplot.

I also have an polygon-object of class sf that has an attribute that I would also like to map to the scale_fill*-function.

I really tried to compile some data and a reproducible example and I got this far: It does not make any sense at all, but serves for the purpose:

I am then getting this message: Scale for 'fill' is already present. Adding another scale for 'fill', which will replace the existing scale.

I would just like to know how to plot any two layers (in many cases a stars-object and a sf-object) on top of each other and fill both according to the values in a variable. I tried to use the cowplot-package and just define two ggplot objects and plot them above each other, but did not manage to make it work. Maybe someone has a pointer on what to do in these situations:) 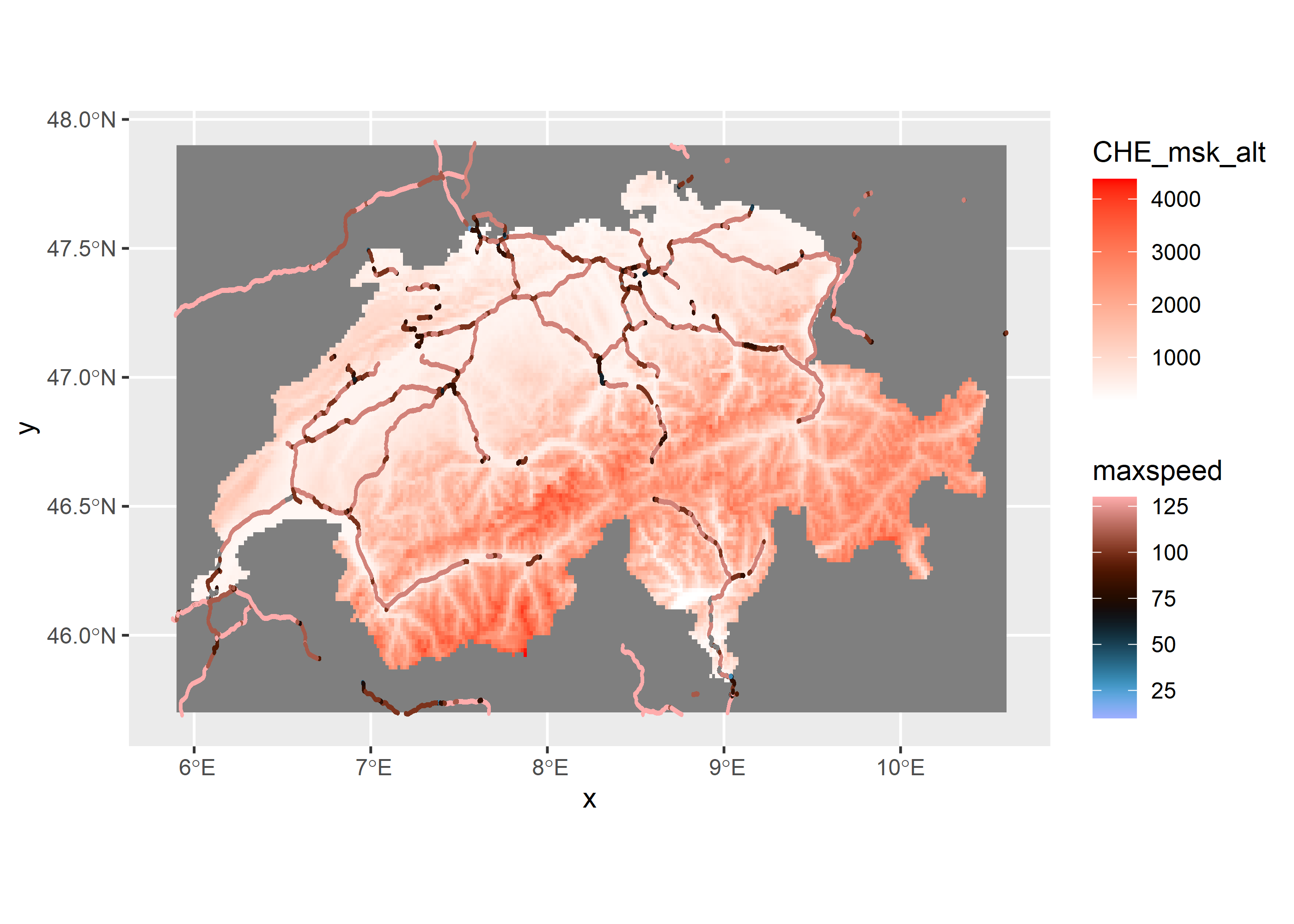 Not the answer you're looking for? Browse other questions tagged raster r sf ggplot2 stars or ask your own question.

3
Plot a Raster in R with white space for NA values
5
Polygon and raster in the same plot do not align
2
Check for intersection of raster and vector in R
1
How to perform point to raster operation and plot it with raster of different spatial resolution in R?
1
Using R, how can I find the average slope of a raster with land use area information?