In the [print] Layout Composer in QGIS 3.18.1 I am trying to filter the legend styles displayed for an item that is a polygon layer styled by the "categorised renderer" by the min, max and median values displayed within the current view of the linked map in the layout.

Generated from the "categorised renderer" there is a different shade of purple for each season since ~1950 for each polygon in the layer.

When I use the "only show items inside linked map" checkbox in the legend there is now a subset of the ~70 years coloured purples since 1950 that are within/intersect the linked layout map.

However there are still say 20 entries, which makes for an overly large legend. 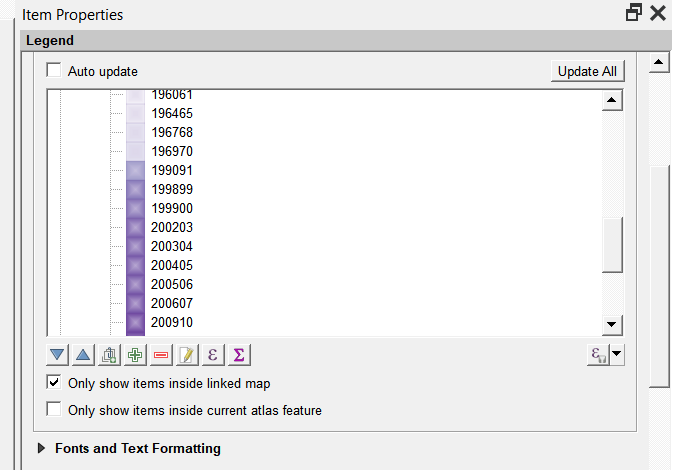 I want to just show in the legend the min, max and median year entries as a subset of those within the linked map (not the entire layer) so that the result is just 3 lines in the legend (or 3 shades of purple labelled with the oldest, most recent and middle of the subset season).

I know how to use the "Filter Expression" button (bottom right of the Legend Items list) to filter for some expressions, but not for the one desired and described above.

Is this the case, is it possible, what is the correct expression, or is there another or better way I should do this? 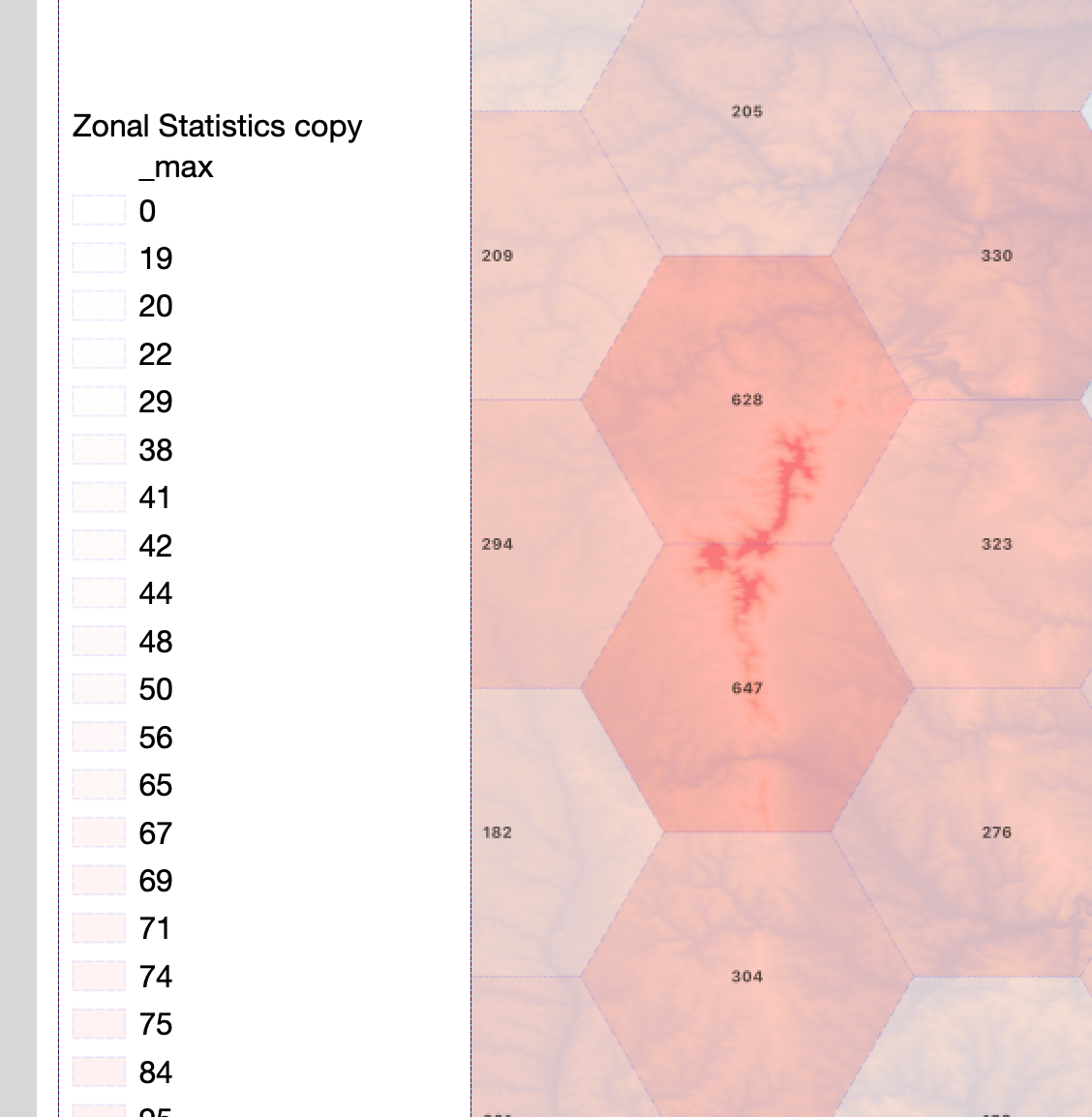 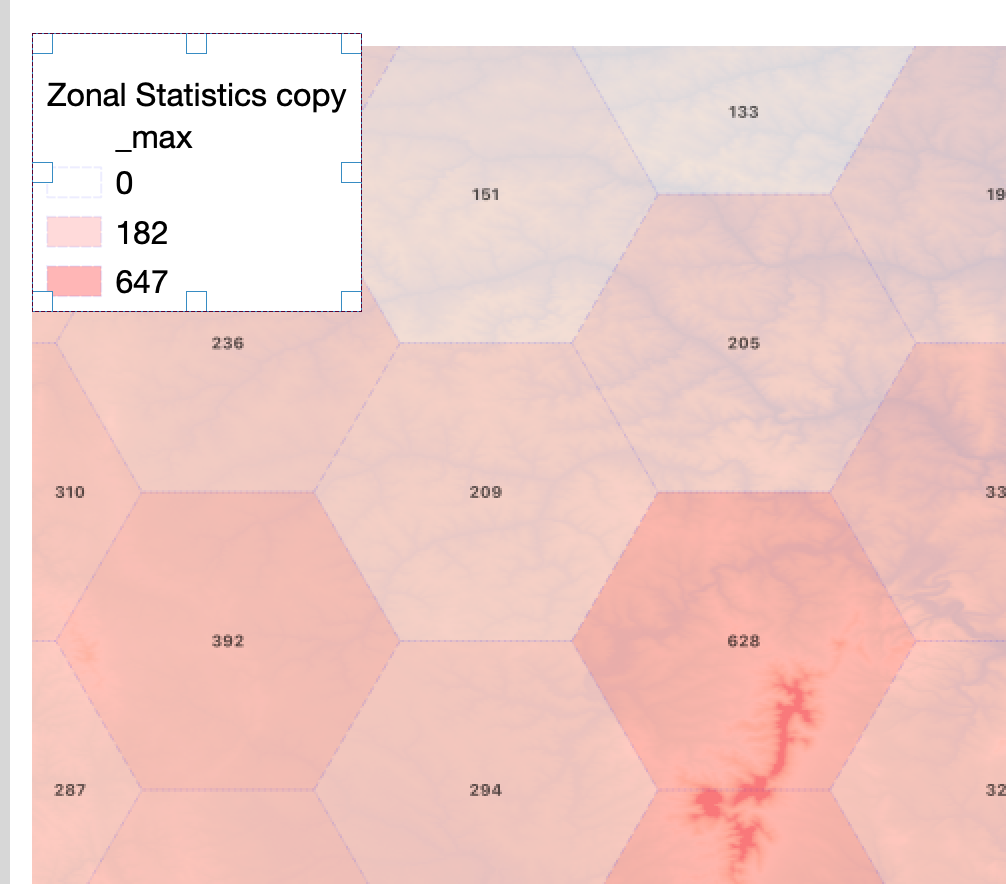 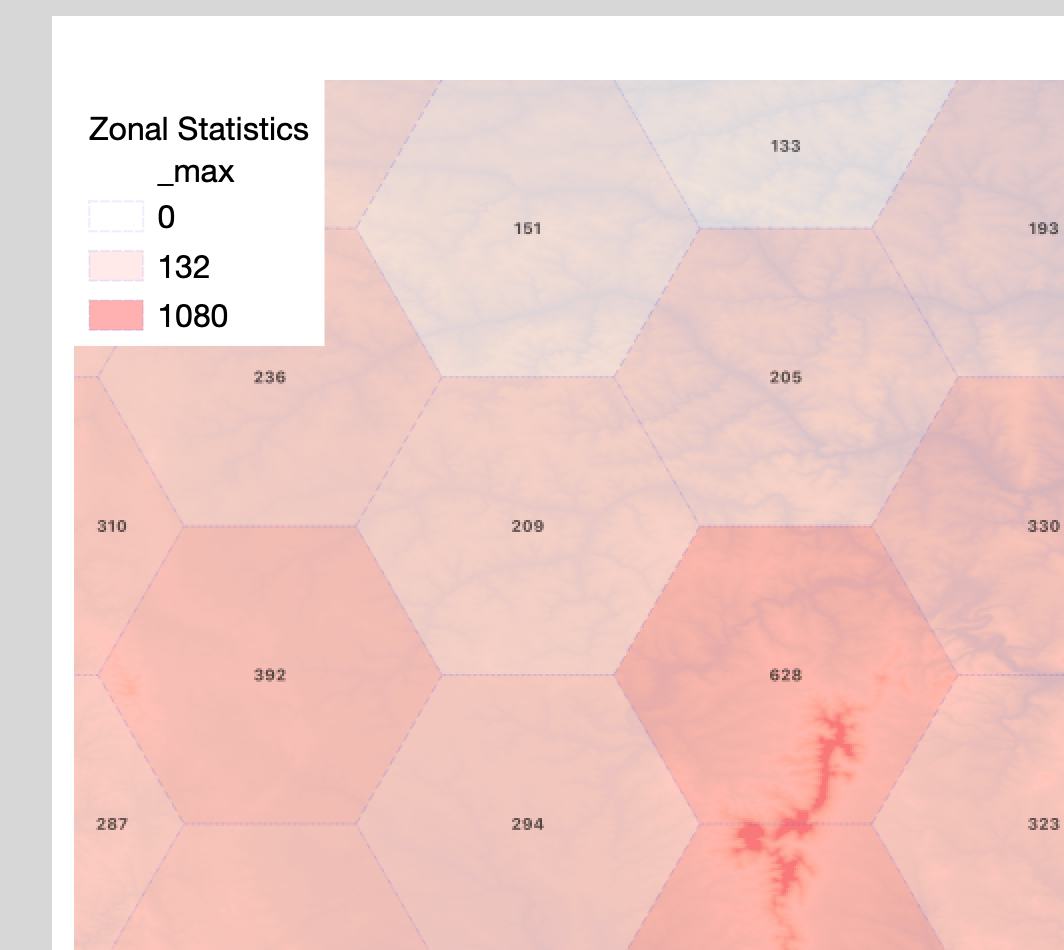 Not the answer you're looking for? Browse other questions tagged qgis print-composer legend filter layouts or ask your own question.

2
Is there a way to define the relative position of items in print composer?
8
Make part of legend label italics either for layer header or items in QGIS Print Composer
2
QGIS Legend Item - Expression Labels
1
Values within an attribute table are displayed in a legend in a layout using PyQGIS
3
Hiding invisible map layer in legend using QGIS