Wrong position when reprojecting layers from EPSG:32651 into EPSG:4326

I have a vector layer on my project that I digitized from a geologic map. I originally projected it on WGS 84 UTM Zone 51 North (EPSG:32651) when I was digitizing. I tried reprojecting it to WGS 84 (EPSG:4326) since I was trying to make a susceptibility map with my other layers (which was on WGS 84.

Even though I reprojected it, the layer is still on the same position. I want it to align with my WGS 84 layers since I'm going to process it. I have this problem also on my raster file which is on WGS 84 UTM zone 51 North that I'm trying to reproject to WGS 84 and still, it's on the same position. I also tried reprojecting other data layers and it seems to run correctly so I don't think my GIS software is the problem here. Here is a screenshot of my project together with the layer properties. As you can see the layer is on WGS 84 already but its still on the UTM position, as you can see the decimal degrees below the status bar. 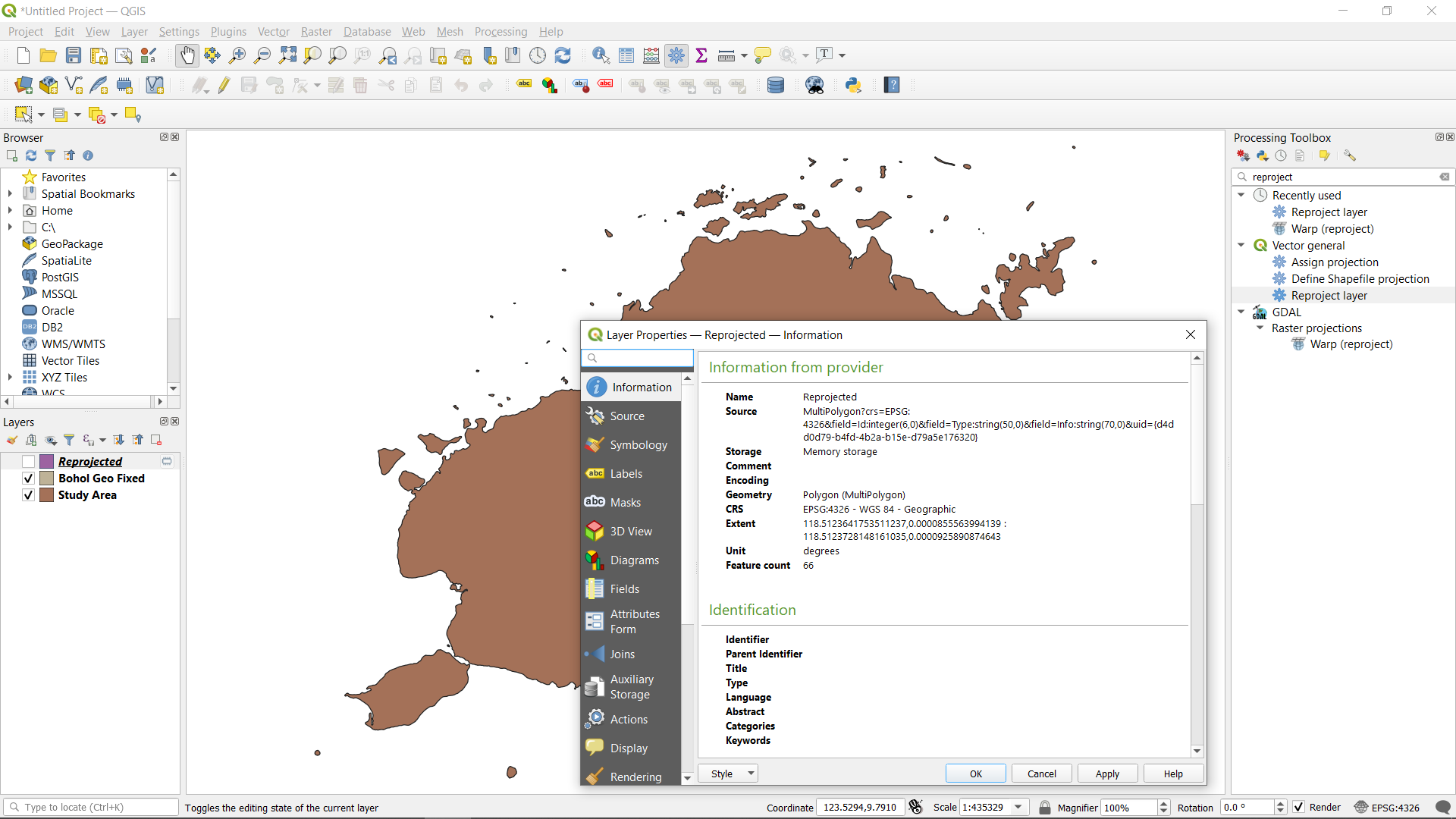 I solved it. I used the define projection tool to solve the problem where the layer has same projection but different extent.

Not the answer you're looking for? Browse other questions tagged qgis coordinate-system wgs84 utm alignment or ask your own question.

2
Reproject GEOTIFF tiles from UTM to Plate Caree
2
Coordinates not displaying in UTM
5
Is it normal that the values of a raster will change after reprojecting it?
4
Transforming UTM layer to WGS using QGIS?
2
Why can't I reproject geopackage layer from WGS84 to ETRS89/UTM (QGIS3.6)
0
Basemap in EPSG 32651 doesn't align with point layer in same CRS (red) but aligns with point layer in EPSG 4326 (yellow). What gives?
2
Converting GeoTIFF from EPSG:4326 to Spherical Mercator using QGIS
1
Reprojecting OSM vector Data in UTM32N EPSG:32632